Skip to content
You are here
Home > America's Cup > Is Alinghi planning a return to the America’s Cup? 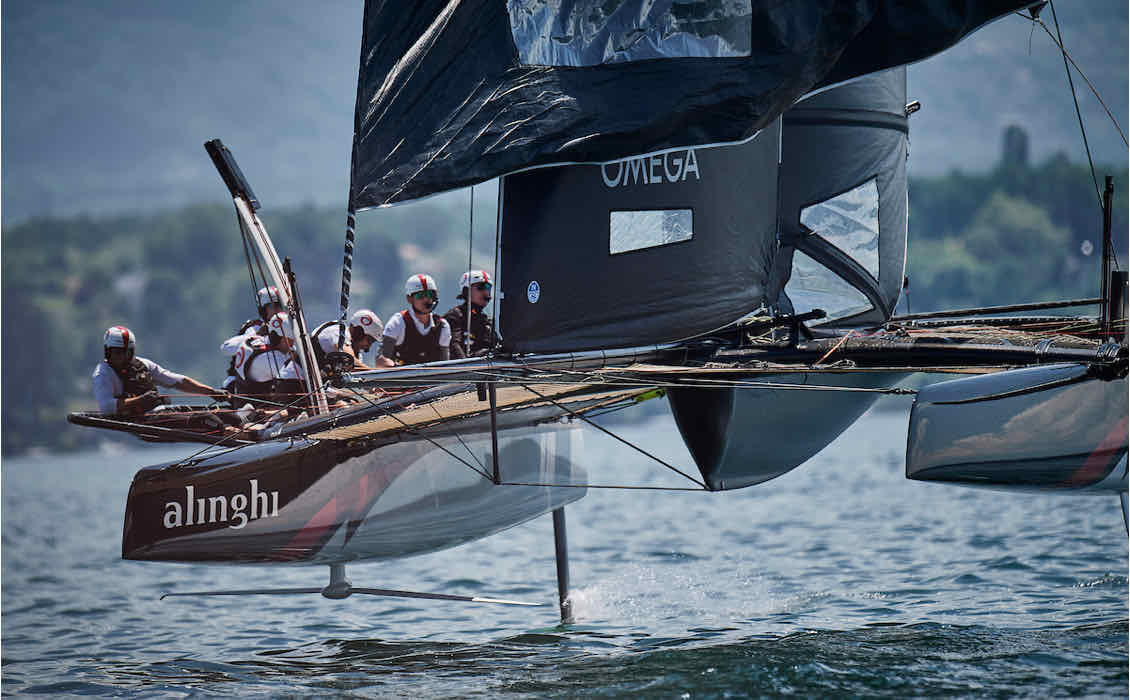 Two-time America’s Cup winning syndicate Alinghi could be planning a return to sailing’s oldest and most prestigious competition for the 37th edition – whenever and wherever that may take place.

Well, if the rumours currently circulating around the professional sailing world are true, then that could be the case.

The word on the pontoons is that the team owned by Swiss billionaire Ernesto Bertarelli has agreed a deal to purchase one of the AC75s built by Luna Rossa Prada Pirelli Team for the 36th edition.

If true this is the clearest indication yet that Alinghi – who in 2003 won the 31st America’s Cup at their first attempt, defended it at AC32 in 2007, before losing it in 2010 to the American BMW Oracle Racing at the monster multihull DoG Match in Valencia – are serious about challenging once again.

Since that 2010 defeat Alinghi has been actively campaigning on the Extreme Sailing Series, GC32 Racing Tour, and most recently the TF35 (see main image) circuits – while at the same time reportedly keeping a close eye on how the America’s Cup cycles have unfolded.

Bertarelli supposedly vowed not re-engage with the Cup while Oracle boss Larry Ellison was involved. Now though with Ellison focused on his rival SailGP high-performance international yachting circuit, and Bertarelli’s friends at Emirates Team New Zealand in charge of the immediate future of the America’s Cup, conditions could well be suitable for the Swiss pharmaceuticals magnate to make a return.

Relevant or not, this weekend Alinghi’s Swiss helmsman Arnaud Psarofaghis is standing in for Peter Burling at the wheel of the New Zealand F50 catamaran at the Italian stage of the SailGP circuit in Taranto.

If Alinghi is coming back to the America’s Cup, the tantalising question is which country will Bertarelli choose to represent.

With the expected tightening of the nationality rules for AC37 likely to limit the chance of hiring foreigners to race for Switzerland (remember Alinghi famously recruited a boatful of Kiwis led by Russell Coutts to win its Cup), might then Alinghi choose to align with a yacht club from another country for its AC37 challenge?

One hundred per cent rumour and speculation on my part, but with so many Aussie sailors competing for other teams (or sitting in the commentary booth) at the 37th edition, maybe an Australian yacht club might jump at the chance to put together an America’s Cup challenge of their own, conveniently bankrolled by Alinghi?