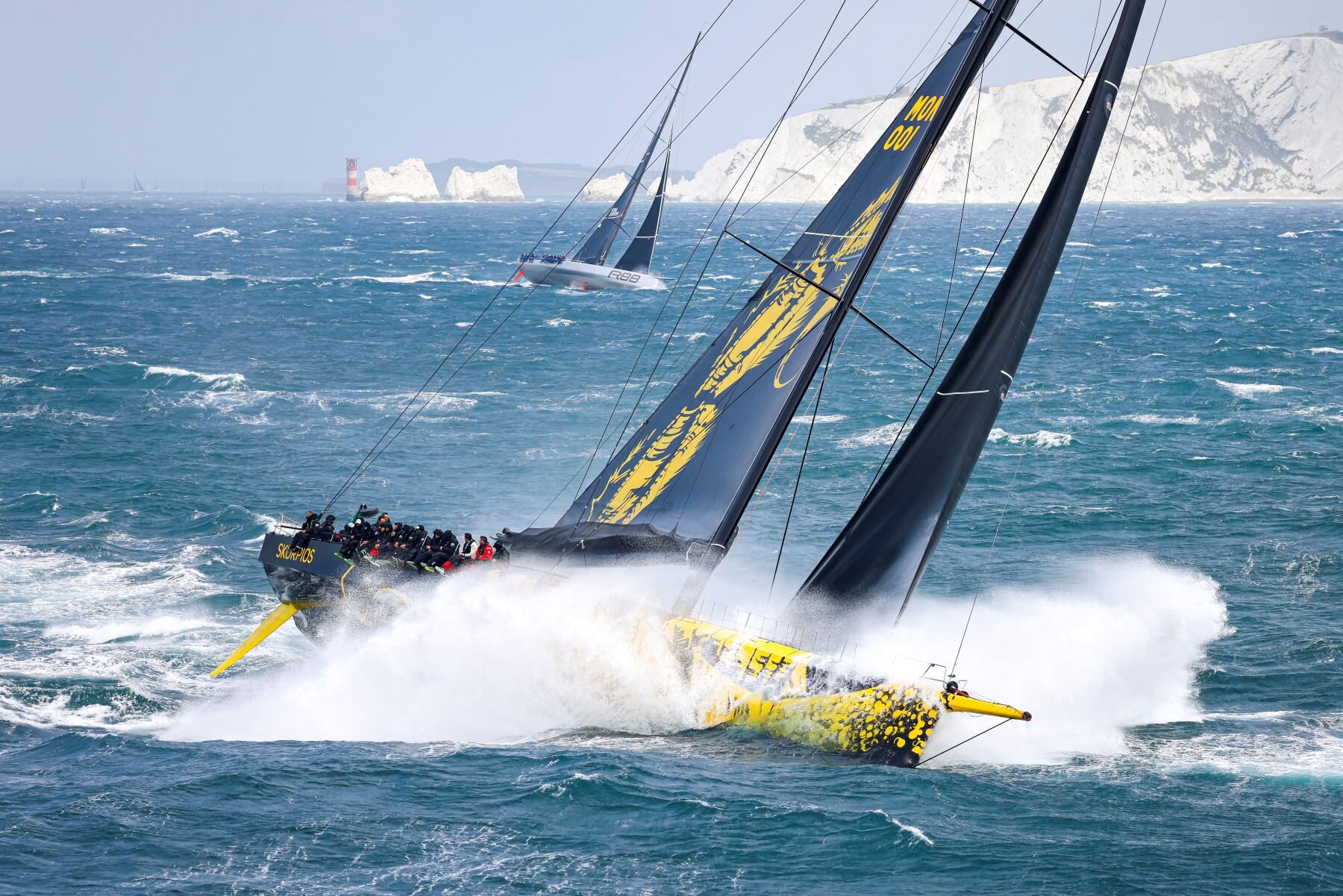 That said, inevitably with the continuing pandemic the events in the early part of the year had to take place under considerable restriction with travel between European countries and even regions within those countries remaining extremely limited.

However, in a brave move by Yacht Club Italiano, they pressed on with the planned launch of their new opening regatta for Maxis; the Regate di Primavera in Portofino had already been ‘resting’ for a few years and so it was a bit of a gamble to relaunch it in 2021.

Even at the last moment it had to be postponed for a week due to Covid, which then presented a knock-on problem as the event became overlapped with Rolex Capri Week. That the final entry was almost entirely local and Italian was hardly surprising.

Sadly, one by one all the Caribbean events fell away except the Transatlantic Race which we run jointly with the Royal Ocean Racing Club. This was also re-routed to Antigua as restrictions were far heavier in Grenada. We are excited that this event will go ahead in 2022… hopefully with fewer logistical dramas.

For the next event we have been joined by another partner, the Yacht Club de France, in turn enlarging the entry considerably.

The route will be the same, Lanzarote to Grenada, but the start time, moving from November to early January as we did this season, will be easier to evaluate. It does appear to be a popular move as the number of entries so far is more than double the norm – and among these are eight Maxis.

The best two results from the four events will determine the winner. We are also of course particularly keen to give support and encouragement to the region, which has suffered so badly from both hurricanes and the pandemic.

The Rolex Giraglia was very different from usual, having no inshore component this time and in fact not going ashore in France at all. For the usual reason…

The problems of travel between Italy and France meant it was more practical to keep both start and finish in Italy this summer, though the course will revert to normal in 2022. The 151 Miglia-Trofeo Cetilar also mainly featured the Italian fleet due to travel from the USA and Australia/New Zealand remaining so difficult.

One of the features of the Maxi fleet has always been the very international nature of the crews, so it was not unexpected that without being able to employ enough of their usual pro sailors several owners opted out of the season altogether.

It was therefore even more remarkable that the fleets appearing for the two major events late in the season were so impressive in both quality and quantity. I reported on the successful Maxi Yacht Rolex Cup in Porto Cervo last time, while for Les Voiles de Saint Tropez the numbers were even higher with 45 boats taking part.

This was also the first proper test for the event’s recent split into two separate weeks, which was tried for the first time in 2020 but which remains controversial. As usual there are pros and cons.

By running the second week with Maxis only there is definitely a bit of the buzz missing by the time we swing into town, plus a greater risk of adverse weather causing lost days of racing. The big advantage is a clear bay for setting big courses.

This year the IMA did in fact manage to persuade the race committee to lay on proper windward starts, but this was still largely dependent on wind direction. But a moment for some gratitude here… in the old days, with boats of all sizes and ages in close proximity, windward starts would never have been safe nor feasible.

Overall the event was a great success including an incredible party in the president’s villa on the outskirts of Saint-Tropez. IMA president Benoît de Froidmont has also taken one of our own ideas a step forward, with a new president and commodores’ forum to be held at the Yacht Club de Monaco in December to which the leaders of all the yacht clubs with whom we work have been invited.

Over the past few years the IMA has become increasingly involved with the regattas most popular with the Maxi fleet. We have set up the Mediterranean Maxi Inshore and Offshore Challenges and awarded special trophies for IMA members at many of these events. This is clearly mutually beneficial for both the IMA and the yacht clubs involved.

Now we intend to take this a step further by setting an IMA standard for approved regattas and will use standardised Notices of Race and Sailing Instructions – obviously with some local variation allowed. We also want to standardise measurement and safety checks so that owners can rely on there being no unwanted surprises as they prepare to enjoy themselves.

Finally we expect to also be recommending and supplying ‘Maxi knowledgeable’ race officers and international jurors. This way our members will be able to choose which of our regattas to support, in the knowledge that they can be confident that these events will be run to an appropriate standard.

To take a maxi and full support team to a regatta is eye wateringly expensive. The standard of the regatta should always be of an accordingly high standard.

But this upping of our ‘game’, it should be noted, would also not be possible without our longterm sponsor, Rolex, working together with our new sponsor, Credit Suisse, for whose support the class is very grateful.