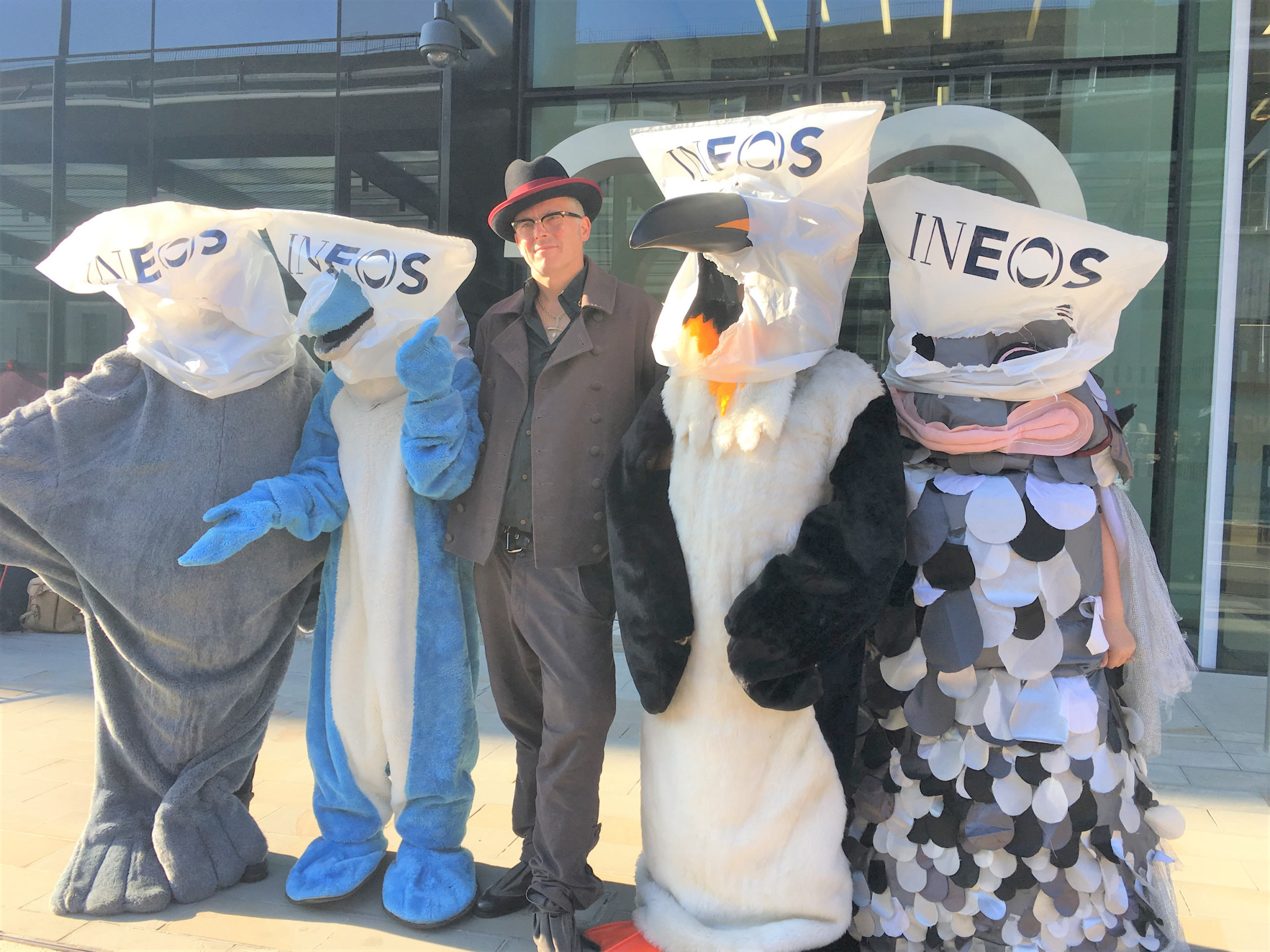 The sponsorship of Sir Ben Ainslie’s British America’s Cup campaign by global chemicals company INEOS has come under attack by environmental protestors unhappy about the company’s involvement in fracking.

According to the website drillordrop.com a protest took place on Wednesday October 10 outside World Sailing’s offices in London when “a group of campaigners, academics and environmental organisations” handed in an open letter to World Sailing President, Kim Anderson, calling on the sport’s international governing body to oppose the INEOS Team UK sponsorship deal.

“The ongoing presence of Ineos Team UK in World Sailing’s headline event single-handedly shatters these endeavours, bringing both World Sailing, and yourself, into disrepute. This is not ‘very environmentally aware’ behaviour that World Sailing claims to embody and promote.”

The letter had 23 signatures including representatives of Greenpeace, the Break Free from Plastic movement, anti-fracking and climate action groups, Food and Water Watch and prominent British fashion designer Vivienne Westwood, called on World Sailing to end its silence about Ineos’ sponsorship of the UK team.

They said the America’s Cup competition should not be associated with a company which, they said, was “known for its environmentally destructive practices and ongoing assault on the democratic right to protest.”

According to drillordrop.com: Ineos holds the largest number of shale gas exploration licences in the UK and last year was granted an injunction against protests at its shale gas sites in the East Midlands and South Yorkshire.

The letter was delivered to World Sailing’s headquarters in London by the founder of the campaign group Talk Fracking, Joe Corre, accompanied by fellow-protestors dressed as a penguin, a dolphin, a fish and a seagull – each with plastic bags over their heads.

According to drillordrop.com Mr Corre had this to say:

“World Sailing entertaining the greenwasher INEOS as a sponsor of the America’s Cup entrant Team UK smacks of total hypocrisy. They must make a stand on behalf of our oceans, drowning in plastic”.

“Sir Ben Ainslie should be ashamed of himself taking US$153 million of Jim Ratcliffe’s dirty money to enter the America’s Cup. Ben Ainslie turning a blind eye to what Ineos really are doesn’t cut it”.

“World Sailing does not sanction or otherwise approve sponsorship of competitors or teams. Advertising by racing boats must comply with World Sailing’s Advertising Code within the Racing Rules of Sailing which includes an obligation for all advertising to meet generally accepted moral and ethical standards.

“World Sailing has laid out its own ambitious commitment to help create a better world through sport through Sustainability Agenda 2030 and we have no reason to believe that the 36th America’s Cup will not comply with World Sailing policy.

“World Sailing’s Sustainability Agenda 2030 outlines how the sport will contribute to the United Nation’s Sustainable Development Goals. The Sustainability Agenda 2030 is split up into World Sailing’s six main operational areas with a total of 56 different targets. The targets range from participation to gender equality, water quality to single use plastic.”

Read the original story on drillordrop.com