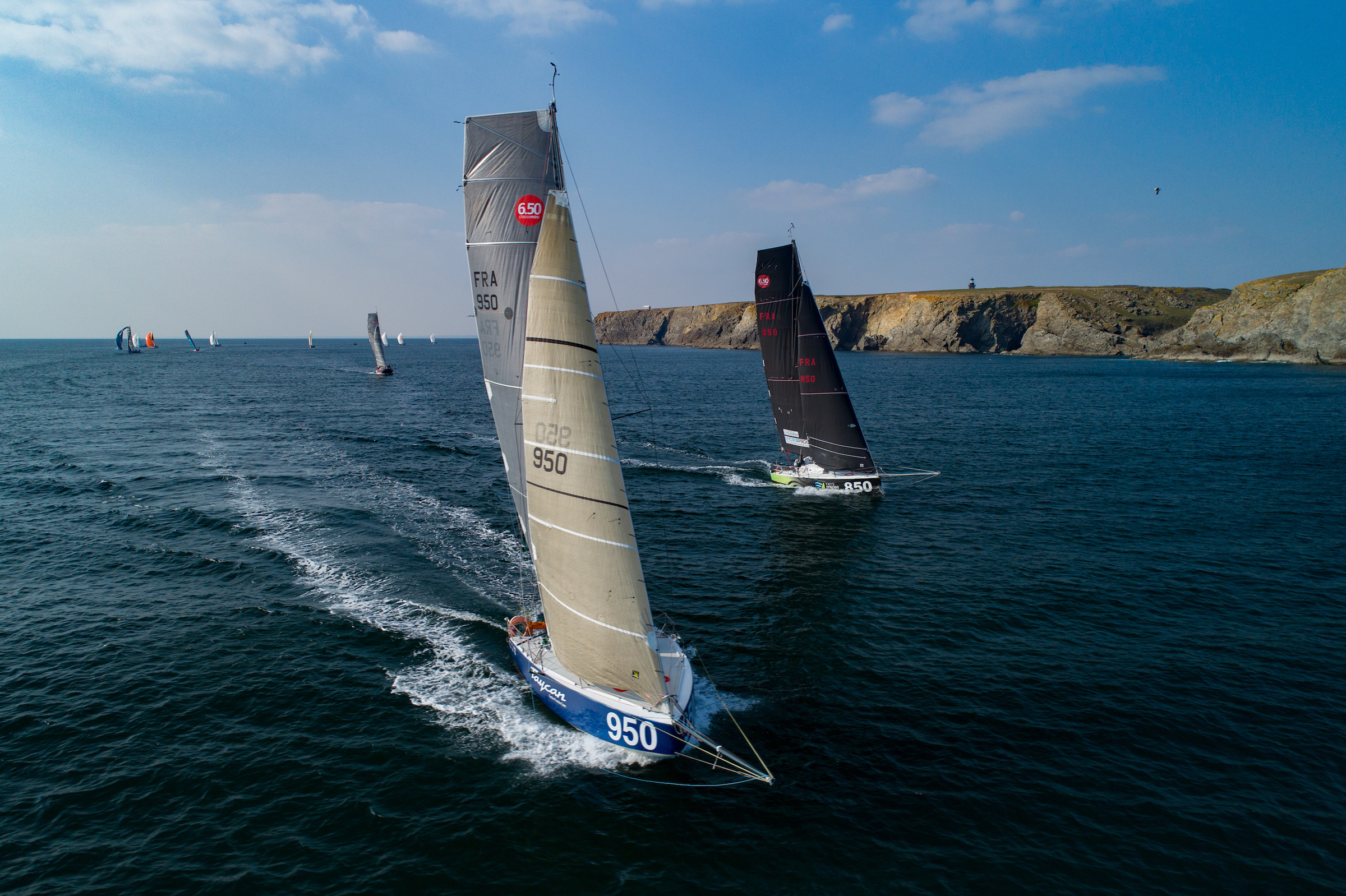 Organisers of this year’s Classe Mini series are having to deal with an unprecedented demand for spaces for the 2022 series which recently kicked off with several events in the Mediterranean.

Surpassing last season’s record of 90 participants, 2022 has seen a further surge in interest as organisers try to accommodate both the prototype and production boat classes.

There have been spikes of interest in the past, such as a decade ago, when the flagship, biannual, Mini-Transat was oversubscribed. Set against these peaks and troughs in popularity, class organisers recently met to discuss ways to satisfy demand without changing the integrity of the series.

Amélie Grassi, the new president of the Mini Class, believes that the increased interest shouldn’t lead to a wholesale expansion in class numbers.

Amélie Grassi said: “This influx into Classe Mini is quite cyclical and we see peaks in participation, then it drops off again. The first question we asked ourselves was: ‘Can we increase the number of participants in the Mini-Transat? Or increase its frequency?’. Such a scenario is complicated to manage and we already have a very substantial fleet and it’s tricky to do more than that.

“In terms of timing, we looked at whether it was possible to make the Mini-Transat annual but overall, we’re happy with the preparation cycle of staging it every two years rather than increasing pressure on the class, the organisers, the host cities and their partners.”

The board decided to try and fairly distribute access to the races for the different events so competitors can compete in their first choice races this year.

It’s not hard to understand how so many newcomers are attracted to the development class series as a way to gain experience and follow in the footsteps of professional sailors who were ‘born in Classe Mini’.

Amélie Grassi added: “We didn’t want to react in haste to the increased interest because if the Mini 6.50 is so successful, it’s also because the institution and its operation have been running very well for decades. I think we shouldn’t react too quickly, in the heat of the moment, so we’ve decided to hold off on making any dramatic changes.”

This is also a busy time for boat builders whose order books, for both production and prototypes, are full for the foreseeable future.

The class has also been working hard to ensure the number of prototypes on the circuit were not overshadowed by the production class boats. To help maintain a balance, new rules guarantee the former 40% of places on the Mini-Transat and now 35% of the pre-season races for the first time.

Interest continues to grow with no less than 10 new prototype boats taking to the start line this year including a new foiler based on a Manuard design which is set to challenge the dominant Raison designs this year.

“It’s a real success and satisfaction to see the growth of interest in the prototypes because it wasn’t an easy process for us to take. There are still a lot of production boats, so making room for prototypes clearly shows that diversity is part of the class DNA”, said Amélie Grassi.

“The approach was well received by the members since the measures to favour the prototype were approved by a very large majority, almost unanimously, at the general assembly. It was a victory to see that all the members were motivated to maintain this diversity. We are going to have a dynamic prototype circuit this year and hopefully a successful year all round.”