Skip to content
You are here
Home > Recommended > IMOCA and The Ocean Race – worlds merging or colliding? 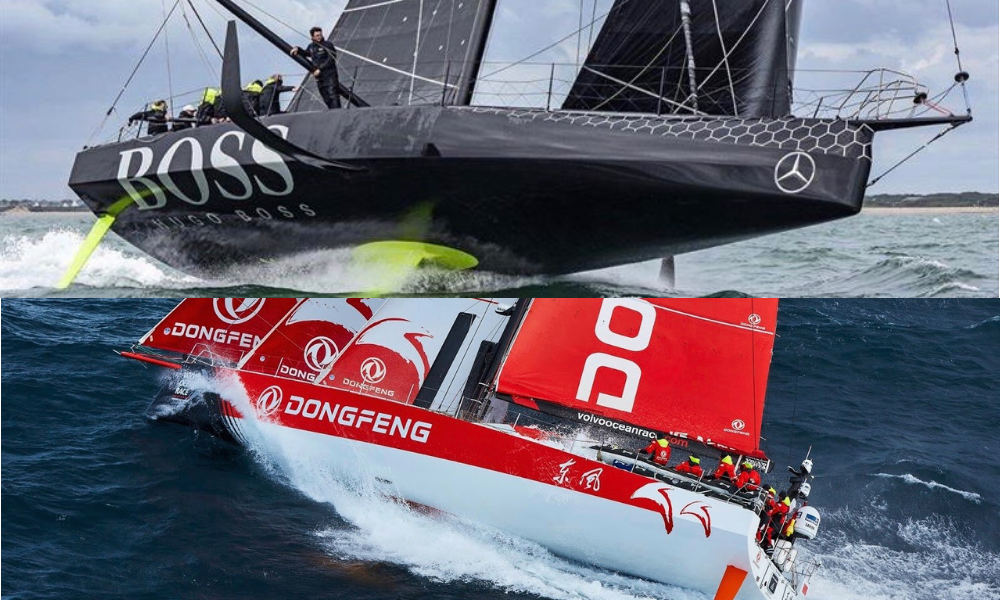 After The Ocean Race staged an IMOCA charm offensive in Paris last week, Yacht Racing Life editor Justin Chisholm takes a look at how well the two around-the-world-race superpowers are getting along.

On the face of it the burgeoning relationship between ocean racing’s two major professional around the world race organisers – IMOCA and The Ocean Race (the new name for the Volvo Ocean Race) – appears to be going well.

The great and the good from the two groups celebrated together in Paris last week during the Nautic Boat Show after the IMOCA general assembly passed a new version of the IMOCA 60 class rule which allows for fully crewed events.

This is the rule which will be used to create boats eligible to compete in the IMOCA 60 class in the next edition of The Ocean Race, scheduled for the end of 2021.

It was a landmark event for all concerned that came as the result of lots of time and energy from both camps, and as such was well worthy of a celebration.

“This was a big moment for the race,” confirmed Johan Salén, co-President of the race. “It’s the first concrete outcome of a collaboration that began this summer as we work towards integrating the IMOCA class into our event.”

However despite all of this entente cordiale-style activity, and as much as the new rule can be viewed as good progress along the road to bringing the OR and IMOCA communities together in the hope of a bumper entry for the Ocean Race in three years’ time, it’s clear there is still an awful lot of work to do to get two organisations aligned.

Behind the scenes it seems there are distinct differences of opinion on what it should/will cost to mount an IMOCA 60 campaign for the next edition of The Ocean Race.

Speak to anyone from one of the teams in the last Volvo Ocean Race and they will probably cite a figure somewhere around €25 million, while – according to the French newsletter Tip and Shaft – aspiring IMOCA 60 skippers like Fabrice Amedeo are hoping they can do it for as little as €8 million.

The two camps also differ on how many stops the route should make on its way around the world.

In the last Volvo Ocean Race the fleet stopped at 12 ports including the start in Alicante, Spain and the finish in The Hague in the Netherlands over the race’s eight-month duration.

The powers that be at The Ocean Race’s headquarters in Alicante have indicated that there will be fewer stopovers next time around – possibly even as few as seven or eight. But while reducing the number of stopovers helps save costs it could also reduce the appeal of the race to the global sponsors it has traditionally attracted who want to “activate” in their key markets around the world.

There’s no word yet of where the race will visit in 2021-22 – that probably won’t be revealed until March of 2019 – but according to Salén the intention is to “uphold the concept of the race going to all the continents”.

Presumably hoping to salve the concerns of the IMOCA fraternity Salén also indicated that the course for the upcoming race would be more suited to IMOCA 60s than previous editions with “less upwind, more downwind and more in the South”.

“It is always very important to go to Asia, but we want to go there in a less painful way than last time,” Salen said. “It took a lot of time to go from Melbourne to Hong Kong, so we want to find a simpler way. There are other bits of the course where you can also avoid upwind stuff and light winds”.

Putting together an around the world racecourse that pleases both sides of this equation is a far from simple task, as Phil Lawrence, race director at The Ocean Race confirms.

“We are trying design the course with a lot of downwind sailing – even more than in the traditional course,” he said. “Asia is important to the sponsors [so] Asia will be in, I think. We are modelling some scenarios with longer Southern Ocean legs for the downwind element, but it’s like putting together a jigsaw puzzle.

“We have the weather constraints: the Atlantic hurricane season, the cyclone season in the Pacific, [the fact that] we have to round Cape Horn before the end of March, and that it can be [freezing] cold on the east coast of North America.

“[Then in] China and the Far East, the further you go north you have the north east monsoons [and] it is freezing and horrible.”

Lawrence indicated that one option being considered was to make the first leg between Alicante and somewhere in Brazil [possibly Itajaí?] , with the second leg being a monster passage between Brazil and Australia.

Under these speculative plans a stop in South Africa would be made later in the race – after the fleet rounded Cape Horn before the fleet goes to the United States.

There are lots of moving parts to getting the racecourse right but doing exactly that is critical if The Ocean Race 2021-22 is to attract the 10 – 15 IMOCA 60 teams that the management is hoping for. They are also hoping for up to seven youth teams to participate in the existing fleet of VO65s used in the last two editions of the Volvo Ocean Race.

About a month ago I had a stab at suggesting where some of those IMOCA 60 teams might come from.

Many of the ones we identified were represented in Paris last week along with 2011-12 Volvo Ocean Race winner Franck Cammas who has recently signed with Oman Sail and is believed to be keen to make a return to the race.

All this interest bodes well for high performance yacht designers who now have a chance to cash in after six years out in the cold while the Volvo Ocean Race ran two cycles in one-design boats.

According to Tip and Shaft Vincent Lauriot-Prévost says he has “been in ongoing discussions with four teams”, while Juan Kouyoumdjian told the French website he had been working with three or four teams for a month now and was about to formalise agreements with two or three teams to share R & D. According to Juan K none of the teams are French and all took part in the last Volvo Ocean Race.

I stand by my original assessment that there are perhaps five or even six IMOCA teams likely to be able to mount a campaign – while also noting a slight lessening of enthusiasm from the Hugo Boss camp. But I must admit that I’m struggling to see where the other eight teams are going to come from.

The major IMOCA teams are focused firmly on their Vendee Globe 2020 campaigns and whilst their skippers may harbour hopes of also competing in The Ocean Race the following year most of the teams are backed by French companies who have little or no interest in an around the world yacht race that stops in cities and countries that they don’t do business in.

Beyond that, the biggest fear of the IMOCA community is that they will be out gunned by the traditional big-budget Volvo Ocean race teams. After all, why go to all the hassle of taking on The Ocean Race when you likely won’t be able to raise enough money to be competitive? Surely you would be better to focus on keeping your current French sponsors happy on the highly active IMOCA circuit?

I’m hopeful however that I will be proved wrong on this and next year will see a flurry of a teams announcing their intention to be on the start line in Alicante in 2021. While in Paris senior staff from The Ocean Race reportedly met with several prospective teams to update on progress and get feedback on how the race should evolve.

“The signs are all very positive,” Salén said. “There is a healthy mix of what I would call the more traditional teams who have done our race before, alongside those who have been more immersed in the short-handed IMOCA world. We know there are still hurdles to overcome, but we are eager to merge these two worlds. We are stronger together.”

One thought on “IMOCA and The Ocean Race – worlds merging or colliding?”