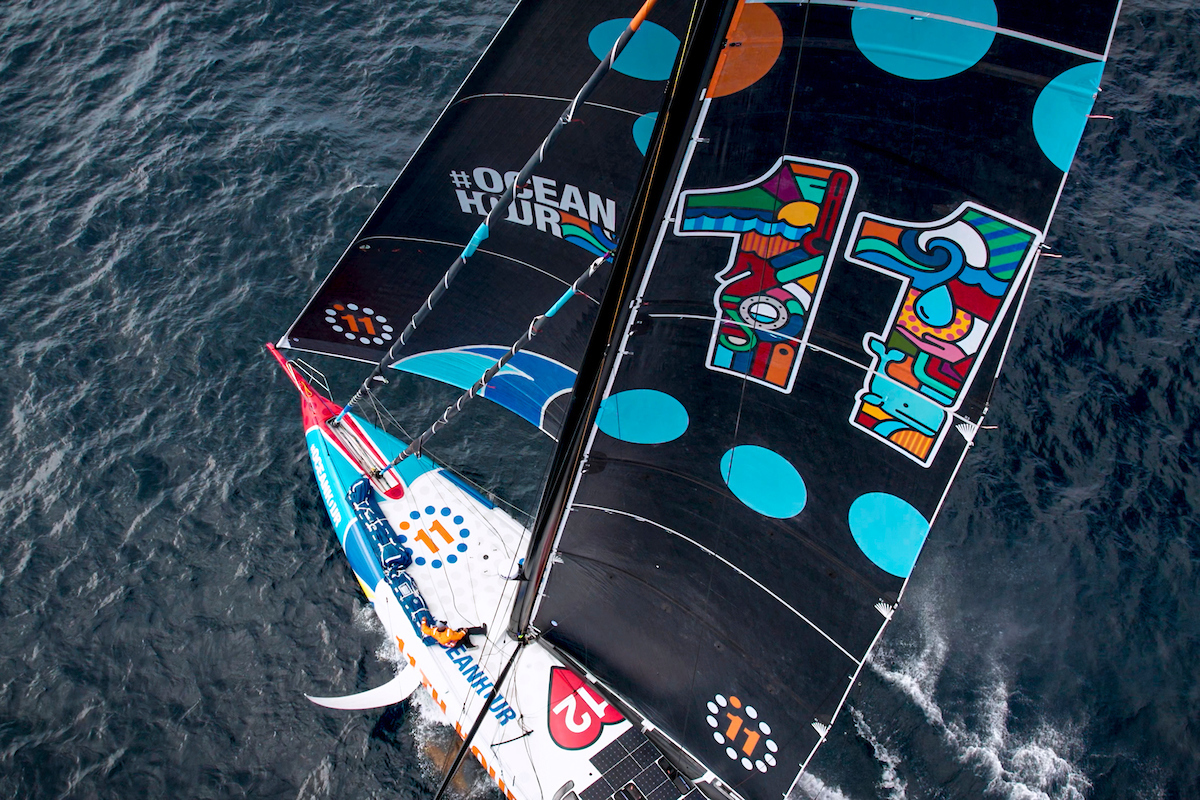 IMOCA boats in The Ocean Race is a big departure and a new adventure for the Class – some even call it a revolution – but it is happening in less than eight months time, with at least four highly competitive international teams now confirmed on the startline and the prospect of more to come – writes Ed Gorman.

The buzz among skippers committed to the first ever participation of IMOCAs in what is regarded as the unofficial world championship of fully-crewed offshore ocean racing, is that this event will mark the start of a new era with many more boats taking part in the race that follows the 2023 edition.

Paul Meilhat, the skipper of the new foiler Biotherm, which is currently completing construction at the Persico yard in Italy, has always been one of the most enthusiastic IMOCA skippers about The Ocean Race. He is relishing the chance to show how it can work for IMOCA teams on both a commercial and sporting level.

“I was one of the first who believed strongly in this race three years ago,” he told the Class this week. “I think The Ocean Race is exactly the event that meets the needs of our programme in the IMOCA 60s, which has always been dominated by French sailors and the same racetracks. I believe this really will be a mind-opening revolution for the Class.”

Meilhat has no doubt that momentum is going to build as far as the IMOCA Class and The Ocean Race is concerned. He predicts that the 2023 race will lead to an explosion of interest as skippers, sailors and commercial partners see the benefits of the opportunities it offers, alongside all the other solo and double-handed races in the calendar. “I am sure that in four years time, there will be 20 boats in The Ocean Race – maybe even more,” said the 2018 Route du Rhum-Destination Guadeloupe winner and last year’s IMOCA champion, who is also committed to the next Vendée Globe.

Alongside him on The Ocean Race startline, off the Spanish city of Alicante next January, will be the charismatic German skipper Boris Herrmann in his new VPLP-designed Malizia-Seaexplorer, which is due for launch in mid-July. Herrmann also sees a perfect fit between The Ocean Race and IMOCA.

“IMOCA in The Ocean Race is the future,” he said. “This race will put IMOCA on an international platform and create a wider following. We have been pushing for this for a long time as it adds so many elements: not only a great international circuit for our partners, but the opportunity to sail together with a team and to push boats through the Southern Ocean. This creates so many learning opportunities and can only make the Class and the teams stronger.”

Completing the line-up of four teams committed so far are 11th Hour Racing Team-Mālama, skippered by American sailor Charlie Enright, and the most recently announced addition to the field, GUYOT environnement-Team Europe. Formerly known as Offshore Team Germany and co-skippered by Frenchman Benjamin Dutreux and the German former Olympic sailor Robert Stanjek, this crew won The Ocean Race Europe in 2021 and is now sailing the former Hugo Boss that finished second in the Vendée Globe in 2016-17.

“The Ocean Race represents a new era for the IMOCA fleet; it is really nice and very ambitious and I think it is time to open the French speciality offshore to the rest of the world,” said Dutreux. “I think it is very, very good to be part of The Ocean Race for IMOCA – it can open the fleet to another world, so it is a very good step.”

And Dutreux believes The Ocean Race can be a great opportunity for new commercial partners to come into the Class. “I think it will open the way for new sponsors and it will bring new opportunities to find new and fresh sponsors from different countries,” he said. Like the other three campaigns, this team has a strong environmental message to take around the planet to stopovers in eight host cities that is aligned with The Ocean Race’s commitment to restoring ocean health. “For us and Guyot environnement, it is an opportunity to be part of this legendary race and to open minds around the world,” explained Dutreux.

An impressive aspect of the teams involved is their competitive nature. This is going to be a full-on global grand prix featuring two brand new boats, a third that is only a year old and one more that is a proven competitor from the last-but-one Vendée Globe. Herrmann predicts a “thrilling” race. “I think it will be a tight and exhilarating race to follow and I can’t wait for the start in January,” he said.

The Ocean Race features eight offshore legs and a course of 32,000 nautical miles in its 14th edition that will showcase IMOCAs alongside the one-design VO65 fleet, with the two classes competing for separate trophies. It includes the longest ever single leg – a 12,750-mile marathon from Cape Town, South Africa to Itajaí in Brazil – and it promises to be an intense battle as the crews make their way from Alicante to the finish at Genoa.

Herrmann believes the course is a good combination of long and shorter legs and the Southern Ocean is going to be a massive challenge. “Any race that has such a long leg through the Southern Ocean is going to be incredibly tough – I experienced that already in the last Vendée Globe,” he said. “But having a team with me will alleviate some of the strain and together we can really put the boat to the test.”

For three of the teams involved, The Ocean Race will follow participation in the solo Route du Rhum-Destination Guadeloupe transatlantic race that starts from St Malo in early November. It will be a tight timetable to be ready for The Ocean Race in January. But the delivery back from the Caribbean offers a chance for crew training, with teams expected to sail in The Ocean Race with four up, including one female sailor and an additional On Board Reporter (OBR).

Meilhat says his new boat has been designed with the focus almost entirely on solo racing and the Vendée Globe, with only small modifications required for its entry into The Ocean Race. “The boat is totally designed for single-handed sailing,” he explained, “and I am convinced we just have to adapt bunks for sleeping. For the rest, it’s like we are four to sail – so two normally sleeping and two on deck, plus an OBR. Having two people on deck is like we often do in IMOCA double-handed racing in any case, so it will be fine.” 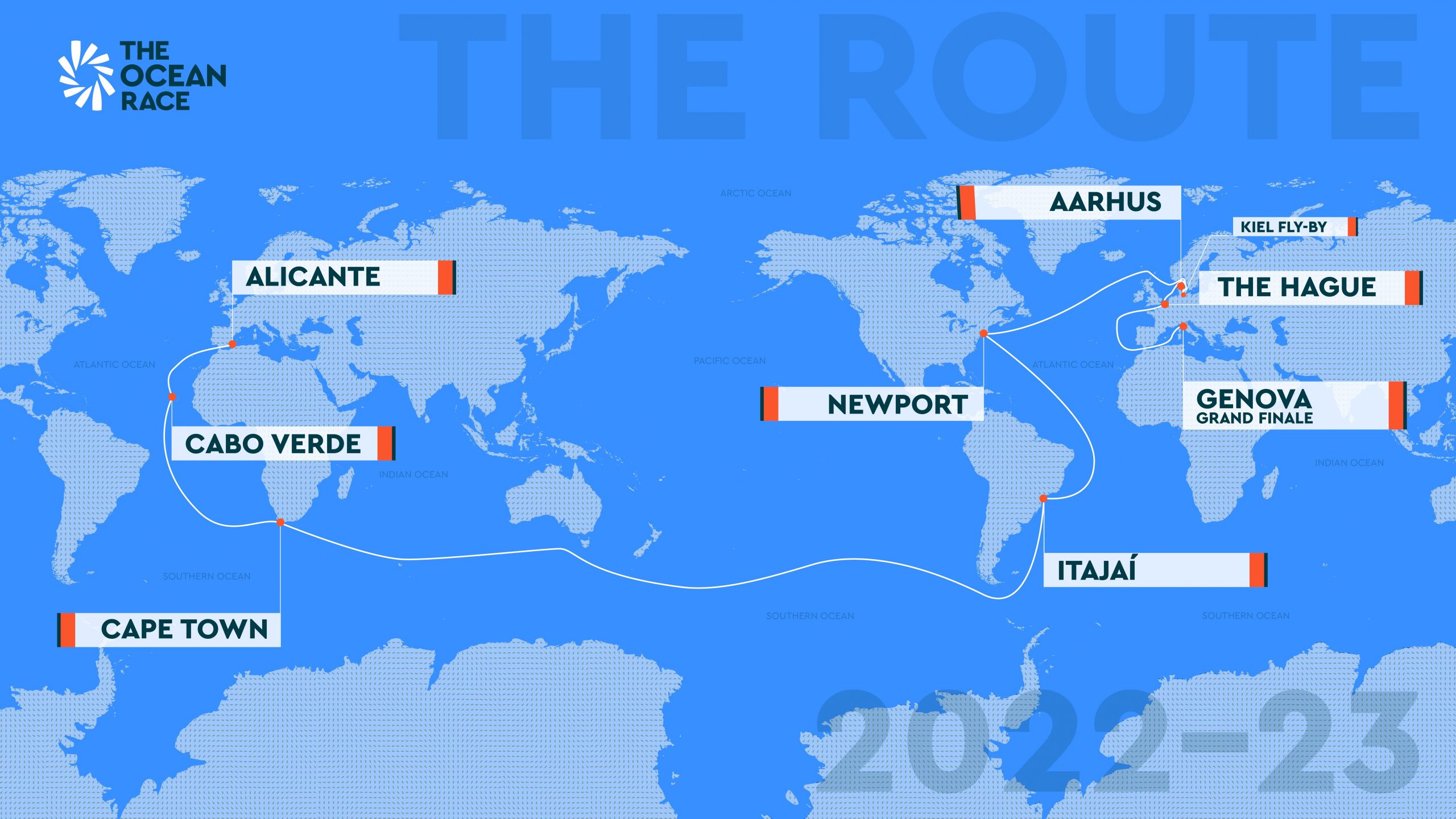