Skip to content
You are here
Home > Advertorial > Human touch 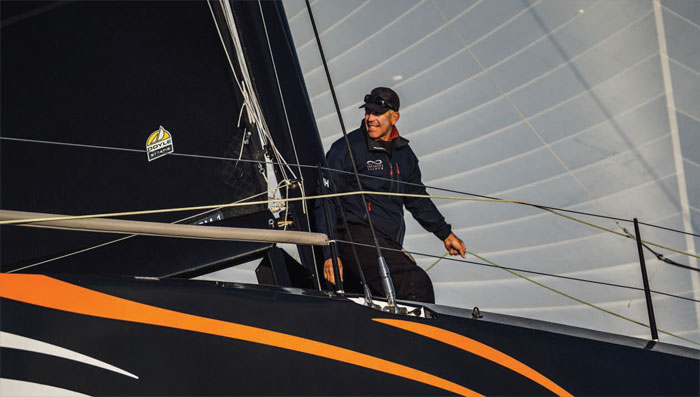 It is no longer enough for an ambitious sailmaker to fill its ranks with famous names – to rule the world these days they have to be current stars of the sport. That’s something the Doyle Sails ‘recruiters’ are very aware of.

In parallel with a continuous process of technological development, Doyle Sails has made a huge human investment in sailing expertise and achievement which in turn has earned a seat at the top table when major new projects are planned.

This reflects a determined strategy to develop and produce top quality products while bringing top quality intelligence and input to the entire programme, from conception to design to performance on the water, based on personal experience at the highest levels of the sport.

‘The calibre of people wearing the Doyle brand has never been stronger and we have been steadily growing that over the past five or six years and will continue to do so moving forward,’ says Doyle Sails CEO Mike Sanderson. This human investment lies at the heart of the company’s culture and is embodied in its “By Sailors for Sailors” credo. A sample poll of a dozen Doyle people across lofts around the world and spanning a wide age range supports the claim. Between them they represent a repository of experience and achievement including:

The collective knowledge accumulated in this level of experience cuts many ways. It makes a major contribution to the development and refinement of products, designs and technologies within the Doyle ambit. More importantly, it contributes to the overall success of an owner’s project. Nor is that contribution limited to the sail wardrobe, but to the rig, hardware, deck layouts, naval architecture, even the way the boat is sailed.

‘That is the cornerstone of our entire culture,’ Sanderson explains. ‘It is all about your Doyle person being part of the team, not just the guy who drops the sails off at the boat. It is about personal relationships, about how you interact with the owner, the naval architect, the rig designer, the hardware suppliers, the build team, the afterguard. Whether it is a 75m superyacht, an 8m harbour racer, or a performance dinghy, the attention, involvement and experience should be the same.’

There was a time when new projects began with commissioning a naval architect to come up with an overall design, which would be well advanced before the rig, hardware and sails contracts were separately commissioned. Increasingly over the past two to three decades, this fragmented approach has given way to a much more integrated, co-ordinated process across multiple disciplines.

Sophisticated inter-active software programmes assist with modelling how variations in one area will impact all other areas. However, much still depends on human input, which is where hands-on experience is invaluable and provides the credentials to sit at what Sanderson refers to as the top table.

As an example of how this early involvement can help shape the entire strategy of a major campaign, Sanderson turns to the ABN AMRO Volvo Ocean Race team he led to victory in 2006. ‘We built the boat 100 per cent around the concept of how we would sail it and how that would influence the design package. At the first design meeting, we cancelled the spinnaker pole. There was some push-back around the table, with some arguing that we should at the very least test it in real time.

‘Mark Christensen and I successfully countered that if the boat was slow enough to require conventional spinnaker poles, we were in big trouble. We saved time, resources and weight by ditching them altogether and put all our focus on asymmetrical downwind sails and VPP sailing. We were surprised how many teams turned up with spinnakers and poles, just because the rule included them.’

More recently, early involvement in the process has enabled grand prix and superyacht projects to take full advantage of Doyle Sails’ Structured Luff technology, which has profound implications for the global design. Luff loads reduced by up to 30 per cent create a virtuous circle of lighter rig packages, lighter winches, smaller engines, lighter fuel loads, improved performance – all big-tick items to factor into the naval architecture from the outset.

Raised awareness of sustainable practice and concerns about fuel supply mean superyachts are paying increased attention to efficiency, even if they do not intend racing. For the growing numbers of superyachts that do race – even if only occasionally – these factors take on even greater significance.

‘One of the changes that has taken place in the past 10 years or so is the switch from performance type handicapping for superyachts,’ says Sanderson. ‘A couple of bad races and your handicap would change to give you a better chance of winning. Now, ORC-SY just measures how boats should perform according to their VPP and you get rated on that. If you have not designed an efficient yacht, you are not going to do well.’

‘That brings in the opportunity for twin rudders, which opens other opportunities. The tender, for example, can be situated between the rudders in a transom garage. The rudders can be as efficient as they need to be for a lifting keel, so there can be a draft gain. These are all important early decisions.’

In a grand prix context, a commitment to Doyle Aero team involvement in the highly competitive Maxi 72 class set off a chain of events that validated the concept. Bella Mente was the first cab off the rank. ‘They gave us an opportunity to combine the new sails with a new Southern Spars rig to take full advantage of the technology,’ Sanderson notes. ‘ Bella Mente dominated.

‘Momo then switched to Stratis and also built a new mast – and won the world championships twice. Cannonball did the same and they won the worlds and now Vesper has just won. That formula has worked well for seven years.’

Often the genesis of new projects begins months or even years before a formal design process is launched. This is where years of close relationships with owners, captains and team bosses bear fruit.

Investing in top-echelon sailors means they are already on board, sailing as senior members of the team and participating in afterguard exchanges, where the seeds are sown for new developments or entire projects. The cockpit conversations lead directly to the top table conversations.

‘This is not unique to Doyle Sails,’ Sanderson acknowledges, ‘but we have worked hard to ensure the calibre of people we recruit have all the credentials to be in those conversations.

If somebody said to me 10 years ago that we would have four or five Maxi 72s running the Doyle Sails brand, or about the same number of Wally boats, or a J-Class, I’d have shaken my head. What we’re talking about is that the success is down to the investment we made in people constantly for the past six years.’

Reviewing the most significant recent advances in sailmaking, Sanderson credits a rival brand with the first: switching from panel construction to 3DL moulded sails. ‘Structured Luff was the next game-changer,’ he says. What’s next?

‘Structured Luff is a big deal and we are still only scratching the surface. We have a constant R&D programme looking at issues like weight, longevity, elongation, reliability, range and so on. We incorporate every small gain as it evolves. The beauty of Structured Luff is that it is not a gimmick. It is real. It works. Everybody who has understood it and run with it, be it rig designers, naval architects, owners or sailing teams has gained from it.

‘We are not consciously looking for the next Big Thing. We are looking at constant refinement, but for sure, when the next genuine Big Thing comes along, we will embrace it. We are very conscious of not looking for mere gimmicks, or marketing points of difference.

Just as our people investment demonstrates and fully justifies our “By Sailors for Sailors” position, so do the claims we make about Structured Luff.’

It is part of an acute awareness that when you take a seat at the top table, playing a false hand or bluffing will get you ejected from the game.