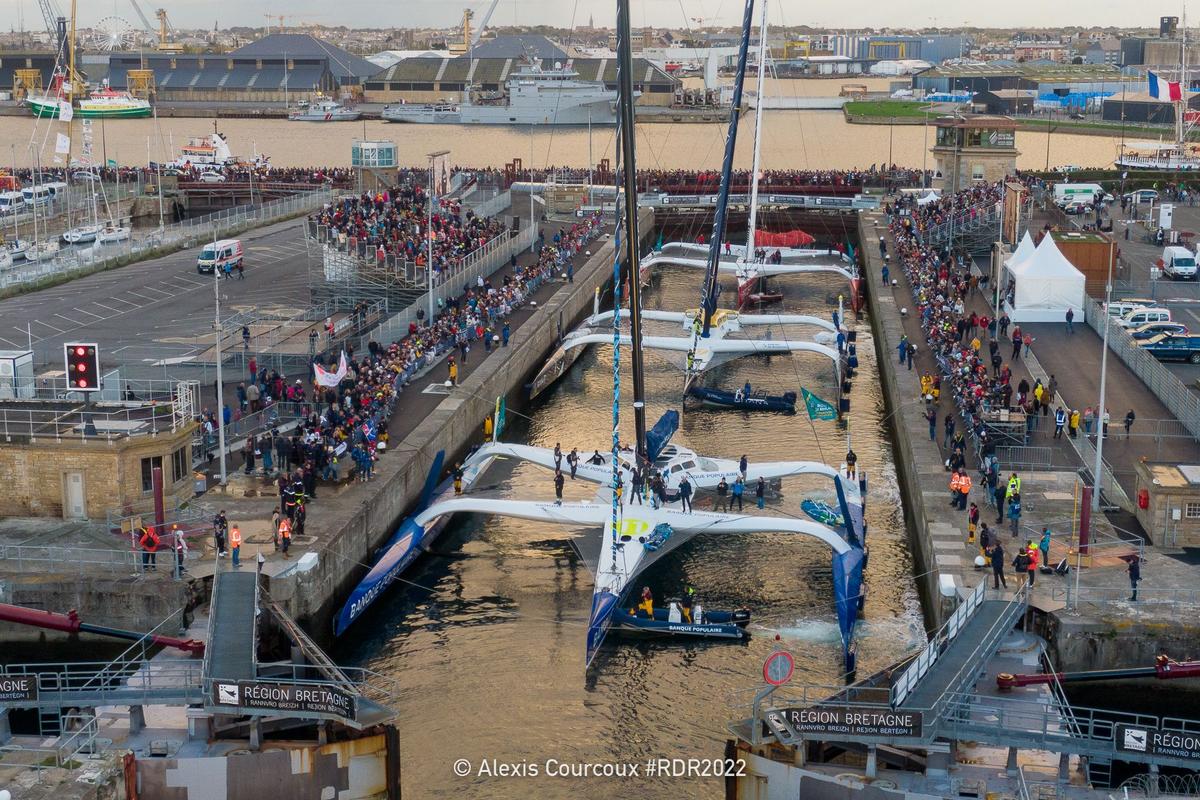 It’s hard not to feel for the 138 solo skippers taking part in the 12th edition of Route du Rhum who for the past week or more had been psyching themselves up to leave on Sunday from St. Malo, France for a transatlantic blast across the Atlantic to the Caribbean islands of Guadeloupe.

However, when a sequence of fierce storms started rolling over the English Channel the race management team were forced to delay the start until Wednesday afternoon.

The Route du Rhum was first raced in 1978 and has taken place every four years since – and this is the first time the race has been postponed.

It’s fair to say there was some degree of relief among the gathering singlehanded skippers not to have to head out into the teeth of a gale with 3542 miles of open ocean sailing ahead of them.

Reportedly, a loud and spontaneous cheer went up from the assembled sailors when the news was confirmed at Saturday’s weather briefing.

“I’ve just had an incredibly deep sleep as the pressure of the start suddenly vanished,” said Quentin Vlamynck, skipper of the Ocean Fifty multihull Arkema the following day.

“The idea of setting off in such violent conditions drained so much of our energy. The pressure suddenly evaporated when the postponement was announced.

“I was relieved, but it’s not easy transitioning to a different mode. I’m now looking ahead. But it is no longer the same Route du Rhum looming over us.

“We now have a clear goal – 1415 on Wednesday. That gives us something to work on. We can run our routing programmes and see what is going to happen in the race.”