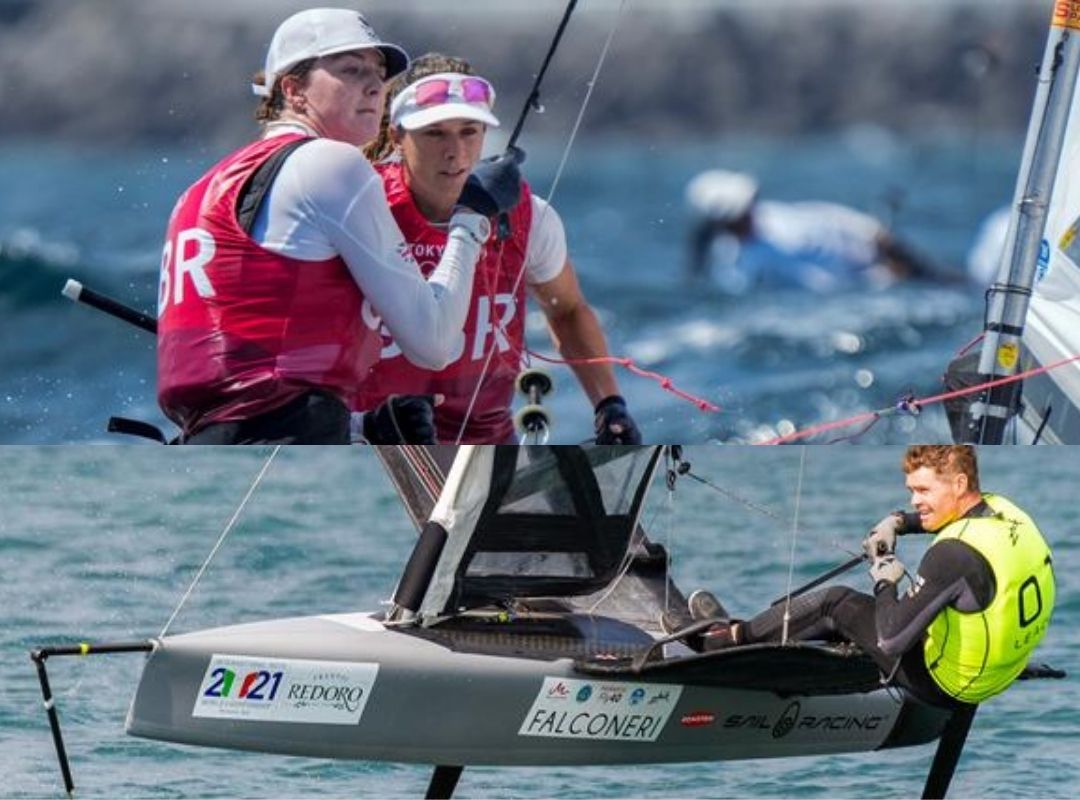 Australia’s Tom Slingsby has won the male 2021 Rolex World Sailor of the Year in celebration of his achievements in three competitive classes over the past two years.

Mills and McIntyre claimed gold in Tokyo in the 470 class, a victory which made Mills the most successful female Olympic sailor of all time. This was her second Olympic gold, repeating her victory from Rio 2016 with her new partner. McIntyre won her first gold medal in Tokyo and followed in the footsteps of her father, Michael, who won gold at the 1988 Games in Seoul. The pair received 37% of the votes, making them the clear choice for this year’s female Rolex World Sailor of the Year award.

Slingsby secured 29% of the votes after defending his Moth World Championship, winning 13 of the 14 races, securing back-to-back 2019 and 2021 title wins. He has also set the standard in the global SailGP circuit, earning the season 1 title as Team CEO and Skipper of TeamAustralia, which is also currently top of the series leaderboard with just two events remaining in season 2. He capped a fantastic year on the water by being part of the crew of ‘Comanche’, winners of the 2021 Rolex Middle Sea Race.

A record-breaking 40,000 votes were cast this year to honour the achievements of sailors across all disciplines.

Speaking live at the awards ceremony, Hannah Mills, who is also a sustainability ambassador for the International Olympic Committee said: “I am completely blown away. The line up this year was absolutely incredible. I am so proud of Eilidh for everything she put into this Olympic campaign, she was the absolute best teammate. I am really honoured. I feel privileged to be a female in sailing right now, there are so many opportunities out there. I really hope to be a part of forging the pathway for female sailors of today and for the future. It is inspirational to be part of a federation like World Sailing who take sustainability so seriously and I feel so lucky to be involved in such an amazing sport.”

Eilidh McIntyre added, “I just want to say thank you to Hannah, and everyone for voting for us and for all of your support. We wouldn’t be here without all of the amazing women pushing us.”

Tom Slingsby said, “This is a huge honour for me. Thank you to everyone who voted. I remember when I was 15 years old, I wrote down my career goals and it was to win the Olympic Gold medal, win the America’s Cup and win World Sailor of the Year.

“I am very fortunate, this is the second time I have won the World Sailor of the Year award. I am so lucky to be in the position I am and to get these amazing opportunities. Congratulations to all the other guys, there were some unbelievable sailors nominated this year.”

The World Sailing 11th Hour Racing Sustainability Award went to the Sail Africa Youth Development Foundation for increasing the participation of ethnically diverse and female sailors in Durban, South Africa. In the time since launching, the number of girls racing has increased and podium positions have improved year on year. Sailing is now a much more multicultural sport.

The programme has doubled as a life skills initiative, ensuring positive sustainable outcomes around alleviating poverty, reducing inequality, developing education and creating environmental awareness. The foundation won the Ethekwini Maritime Cluster Award for Empowering Youth in 2017 and was profiled as part of this year’s World Sailing Steering the Course program.

The 11th Hour Racing Sustainability Award celebrates the effective execution or ongoing delivery of high-impact, highly replicable sustainability initiatives that work to protect and restore the health of the ocean, and are aligned with the World Sailing Sustainability Agenda 2030. The award is open to National Federations, sailing clubs, event organizing committees, individual sailors, or any other sailing-related organizations.

The Sail Africa Youth Development Foundation will receive a 10,000 USD prize from 11th Hour Racing to fund their continued sustainability efforts as well as the iconic trophy made from recycled carbon fibre from an America’s Cup boat, infused with bio resin.

Nigel Milln, Chairman of Sail Africa, said: “This award really means a lot to us and Sail Africa. Our focus on racing sustainability and looking after our oceans is a huge benefit to Africa and to smaller development bodies like ourselves. It gives encouragement to the rest of the world that together we can make a difference. We are contributing to the newly-developed South Africa and giving enthusiasm and confidence to the people through sailing. It is an amazing thing that sailing does for everybody and we are very grateful to be a part of it.”

Todd McGuire, managing director, 11th Hour Racing, said, “Congratulations to the four finalists of the World Sailing 11th Hour Racing Sustainability Award. You were chosen from a highly competitive group of non-profit organisations, teams, individuals, events, sailing classes, and manufacturers. You are the innovators within the sailing industry, focused on the sustainability of our sport and restoring the health of our ocean.”

Quanhai Li, World Sailing President, said, “Sailing is blessed with so many talented, determined and accomplished athletes. The accomplishments of this year’s nominees are truly inspirational and every one of the sailors on the shortlist deserves to win Rolex World Sailor of the Year. My congratulations go to Hannah Mills and Eilidh McIntyre, and Tom Slingsby. We look forward to seeing what you do next.

“I would like to also draw special attention to Sail Africa Youth Development Foundation, winner of the 11th Hour Sustainability Award. This has been a life-changing project and ensures that under-represented communities have the opportunity to take part while showing that the sport prioritises responsible development and inclusion. The potential for this project to be replicated is huge and it will make a lasting difference to the sport and to the world.”