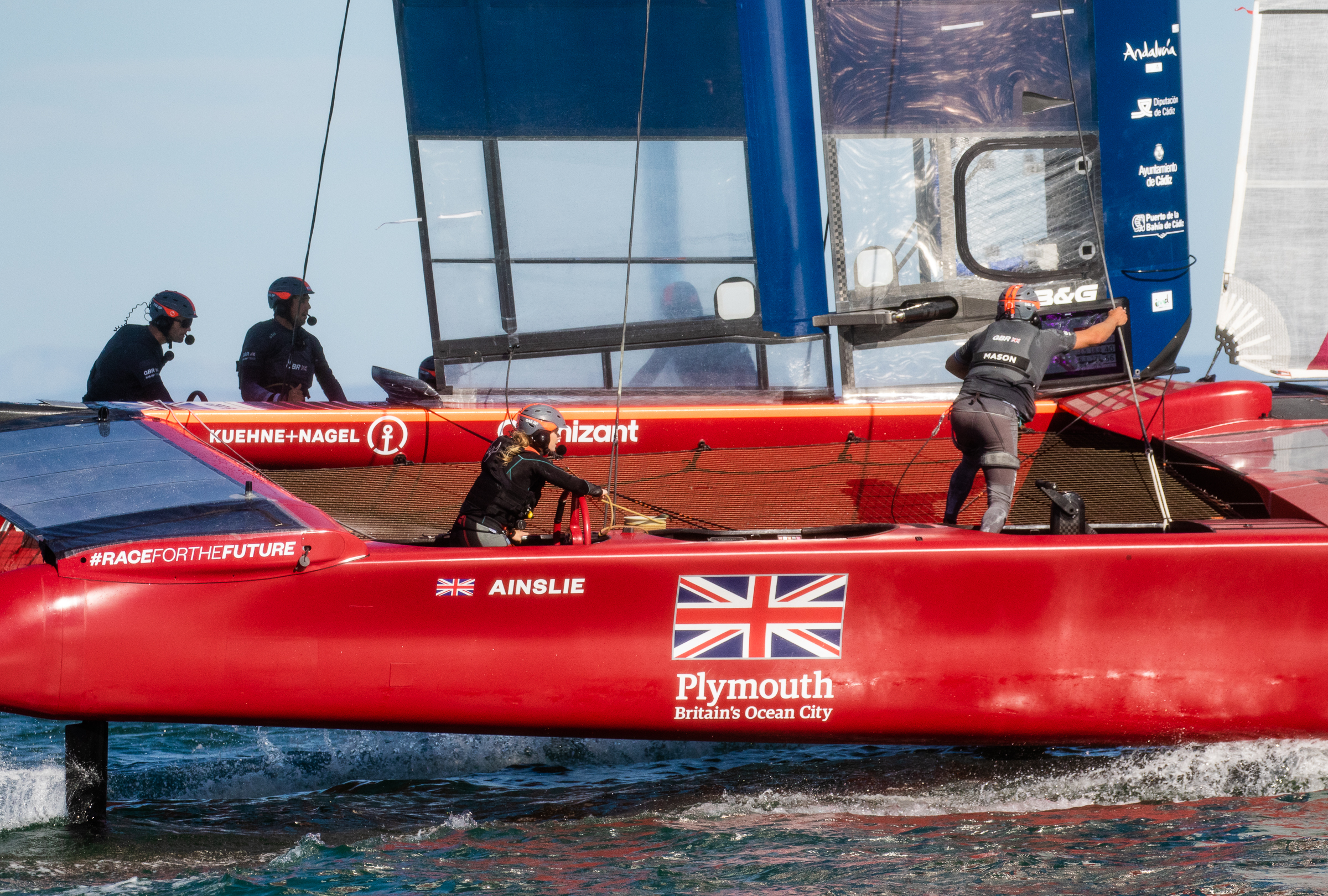 After a frustrating finish in Saint-Tropez saw the Great Britain SailGP Team drop to fourth in the overall Championship leaderboard, the British team, led by Ben Ainslie who this week took the majority ownership of the franchise, is out to make amends this weekend in Cadiz-Andalusia for the final event of the European leg of SailGP Season 2.

Ainslie and the British crew will be joined onboard by a new team-mate during racing in Cadiz, as the double Olympic champion Hannah Mills is set to become one of the first female athletes to race in SailGP when she joins Ben Ainslie and the Great Britain SailGP Team onboard the British F50 as a sixth sailor. Commenting on her new role with the team, Mills said:

“I’m incredibly excited to be racing this weekend, it’s a really great step forward for the female athletes to be in the thick of it, witnessing it all, getting stuck in and helping wherever we can – tactics, strategy, and communications – I am really excited for that. The adrenaline rush is going to be massive, it already is when we do the practice racing.”

SailGP introduced the Women’s Pathway Program (WPP) at the start of Season 2 as part of its better sport strategy to promote inclusion, inspire change and provide opportunities across all levels of the sport. With the addition of a new crew member as a new standard and light-wind configuration, WPP athletes including Hannah Mills are now able to gain the valuable experience needed to race the high-flying, high-speed F50s.

With variable wind conditions expected over the weekend, looking ahead to the action Ben Ainslie added: “We had a good day back on the water here in Cadiz yesterday. The course as expected will be short and close to the shore which is great as it’s the nature of the league to be up close to the fans.

“This means it’s inevitable the breeze is going to be shifty especially with the light winds that have been forecasted. We will need to have our eyes out of the boat looking for those shifts and having Hannah onboard is going to be a major benefit in that process.”

A recent study by Teach the Future found that 7 out of 10 teachers want to teach climate change, but do not have the necessary lessons plans that fit within the curriculum. This alarming stat led the Great Britain SailGP Team, together with STEM Crew, to offer a solution.

Whilst teaching valuable physics skills linked to the UK national curriculum, the resource explores the concept of electrical device power within the context of clean renewable tidal energy. Students will also investigate how to calculate the cost of running devices within the home and make behavioural changes to reduce power consumption. It is available to download for free now.

Earlier this week, the Great Britain SailGP Team were joined during training in Cadiz by Veloce Racing Extreme E driver and reigning W Series champion Jamie Chadwick. Chadwick, who is no stranger to high-octane and high-speed racing, joined Ainslie and Mills onboard the British F50 for a unique practice racing experience, swapping the track for the water.

Chadwick commented: “Sailing onboard the F50 was quite possibly the best experience I have ever had. I’m used to high speed and G-force but that was something else and the level of detail and communication between the crew was exceptional. I thought I was just going to enjoy the ride but at the end Ben handed me the wheel, which was unbelievable, once in a lifetime.”