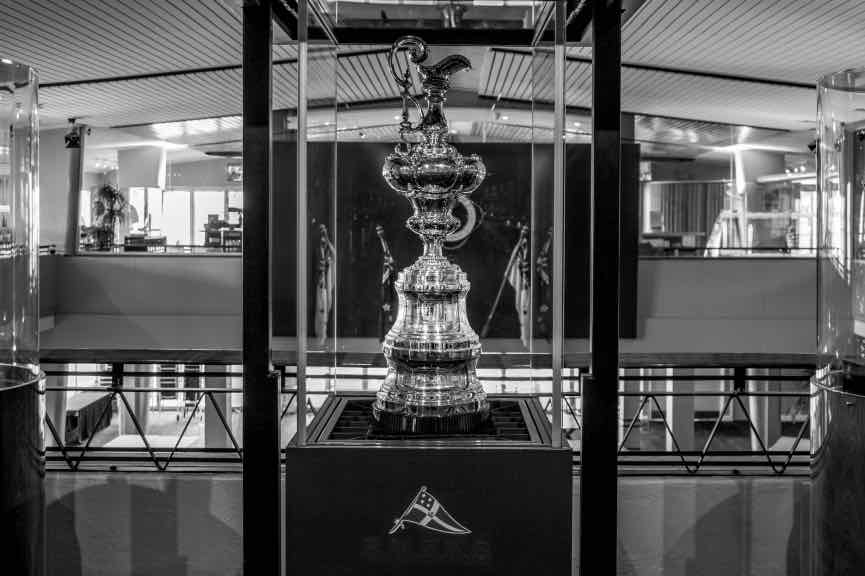 Grant Dalton, CEO of America’s Cup holder Emirates Team New Zealand, has issued a statement laying out the current state of play with regard to choosing the venue for the 37th America’s Cup – which is due to be announced by the New Zealand syndicate in one month’s time.

So today, 17 August 2021 – being five months since we won the 36th Americas Cup and just one month from the Venue Announcement of the 37th America’s Cup – I think it’s a good time for an update.

I’ve heard it said that: ‘Emirates Team New Zealand would be better losing the 37th America’s Cup in New Zealand, than winning it offshore.’ Of course these are comments that come from outside the team and one expects from people with some sort of vested interest. I still find it astonishing that anyone would expect such a team as ours to set themselves up to lose.

You will have read several weeks ago of an offer by a private investor to financially help the team. To date, with time ticking, I have only had one conversation with him and no proposal. All that we are in possession of is an elaborate flow chart showing a complex but typical investment banking structured deal, through which tax can be minimised as the Crown and the private investor’s money flows through to a company owned and controlled by him.

This structure is also based on the questionable premise that the Royal New Zealand Yacht Squadron’s status as a not-for-profit organisation would also be utilised. Emirates Team New Zealand and America’s Cup Event will have no part in any such tax structures and we are also extremely concerned that control over the team and the event would ultimately rest with private investors who have played no part in the achievements of the current team.

In the only conversation or communication I have had with this private investor he expressed confidence that the Government would significantly increase their cash contribution to the team and the event for the 37th America’s Cup, but we have not been privy to these discussions so have no view on whether that might happen. However, we have already said that given the current climate in which we all live, we accepted that the Government and Council’s offer was both final and made in good faith.

We need to remain hopeful that there is still a chance (albeit small), that a successful Defence is held in New Zealand. As part of continuing negotiations we have provided a draft Host Venue Agreement (HVA) to the Crown several weeks ago and are awaiting feedback. Finding the money for the event is crucial but the contractual aspects of accepting and advancing that money is of equal importance.

In the meantime we have been busy analysing the pros and cons of the other shortlisted countries.

We received a significant number of expressions of interest and that has now been narrowed to three. The expanded opportunities that appear to present themselves will enable Emirates Team New Zealand to retain all key personnel and mount a winnable defence as well as enhance the profile of the most successful America’s Cup team in history. The goal is firmly the ‘three-peat’, it has never been done before.

Meanwhile the Protocol drafting continues at pace. Along with The Challenger of Record we can promise an innovative Protocol which addresses diversity in the sport, sustainability, youth as well as cost control to help enhance entry numbers – but that’s for another day.

From a team’s perspective, we completed a very extensive and detailed review of the last campaign. In fact the way to think about it is that the review was even more thorough than after we lost in San Francisco. You may ask, why – you won? And actually that’s the answer, because we won.

To repeat the campaign the same way is asking to be beaten, teams will not only catch up but in fact pass us. Amongst many recommendations which included continuing to boldly push the boundaries in design, innovation and performance, also identified was a need to enhance our Match Racing experience and over the next three years expect to see us more active in that space.

So watch this space, not long now and the Venue will be announced, soon after the Protocol allowing teams to plan their strategies to try and win from us the oldest trophy in international sport.

Just in closing, good on American Magic to pick themselves up and today announce a new Design Coordinator thus starting their journey towards their Challenge for the 37th America’s Cup