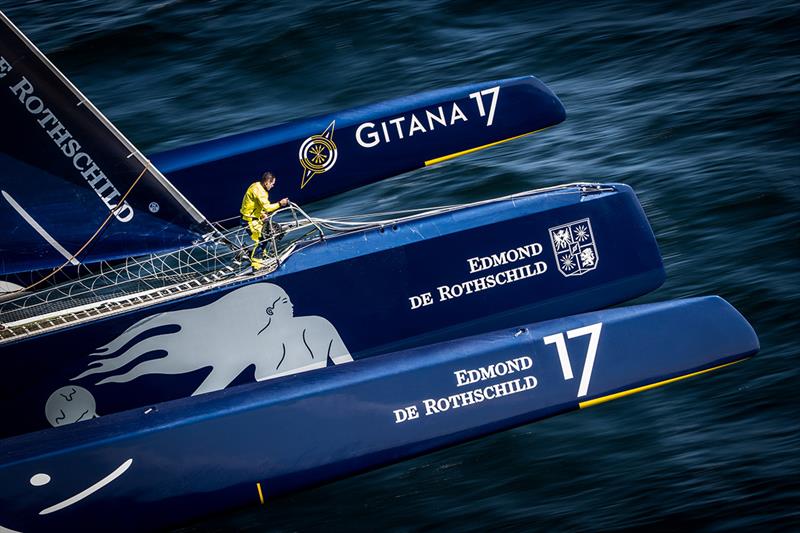 The seven-year relationship between French offshore racing syndicate Gitana Team and their skipper Sébastien Josse has come to an end, the team has announced today.

Gitana Team was founded in 2000 by French banker and businessman Baron Benjamin de Rothschild and since then has competed actively across a wide range of ocean racing disciplines.

Josse joined the programme in 2011 and during his tenure as skipper was responsible for Gitana winning the MOD 70 Tour de l’Europe and the Transat Jacques Vabre 2013, and a singlehanded third place in the Route du Rhum 2014.

Josse was named skipper of the as Gitana Team IMOCA 60 – a boat custom-designed and built to win the 2016 Vendee Globe non-stop singlehanded around the world race. The blue Gitana IMOCA 60 was a head-turner; one of the first of the new-generation designs to incorporate daggerfoils that increased righting moment and partially lifted the boat out of the water, resulting in a spectacular leap in performance.

Josse was among the favourites when the race started but crashed out at the end of the first week while in third place after his boat sustained irreparable damage to the port daggerfoil while travelling at speed in the Southern Ocean.

After that disappointment the team turned its focus 100 per cent to their next project – a 100-foot maxi catamaran designed to be able to foil in the open ocean. Josse was once again named as skipper.

If the IMOCA 60 had been striking, then the look of this new breed of ocean going multihull when it first saw the light of day in 2017 was nothing short of breathtaking.

Nevertheless the boat’s performance in its first competitive outing – the doublehanded Transat Jacques Vabre 2017 – was far from sparkling. Josse and his co-skipper Thomas Rouxel could not match the pace of the other maxi-multihull in their class, Thomas Coville’s much older Sodebo, and had to settle for second. Shortly afterwards the boat went back into the boatshed for extensive modifications emerging in 2018 – reportedly performing much better in sea trials leading up to the 2018 Route du Rhum singlehanded transatlantic race in November.

However Josse’s boat didn’t make it through the first night of the race which saw the huge fleet of solo sailors pummelled by stormy conditions in the Bay of Biscay. While racing 135 nautical miles northwest of La Coruna, Spain Josse reported major damage to bow of the trimaran’s starboard hull, putting the boat in danger and forcing his retirement. Despite the parting of the ways with Josse, Gitana Team have renewed their commitment to the concept of foiling offshore multihull racing. Work is ongoing to identify the cause of the bow failure and the giant trimaran is currently undergoing other pre-scheduled modifications ahead of a relaunch set for May.

The team has also announced it has finally joined the collective of three other French teams who make up the Ultim which includes teams backed by Actual, Banque Populaire, Sodebo, and MACIF.

Gitana had until now stayed separate to the group because of a difference of opinion over the use of servo controls in the boats’ foiling systems. Now it seems they believe the best way forward is to be on the inside and able to influence the future path of the Ultim Class.

Who the next Gitana skipper will be or how they will be selected remains unknown at this point.