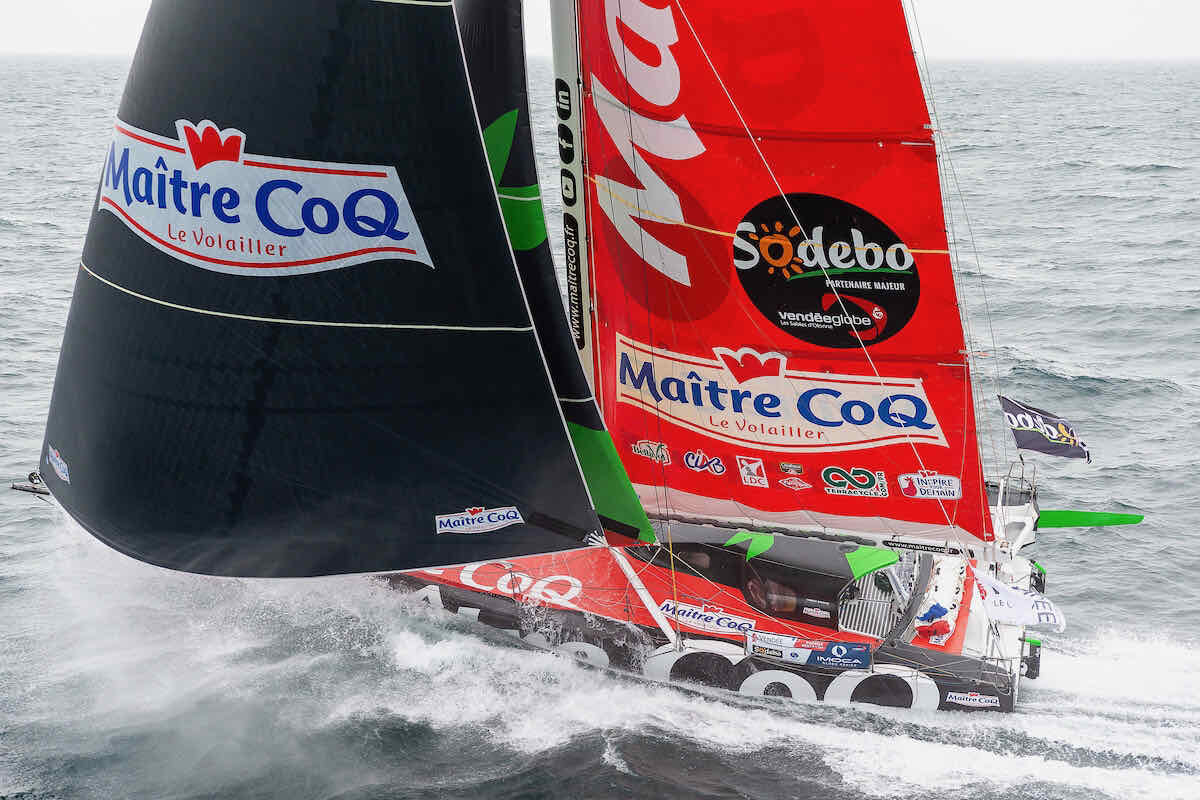 Autopilots, optical fibre, satellite communication systems or even security, progress is everywhere and continues to inspire more and more businesses in the maritime sector. The innovations developed for offshore racing are performance driven and developed across a large market ranging from yachting to the merchant navy.

Among the boats returning from the Vendée Globe, some teams are focusing on repairs while others are making a series of modifications to improve performance. The new technologies used on IMOCAs are numerous and avant-garde in the maritime environment. The transfers between these advances validated at the prototype scale and the consumer industry tend to develop more and more.

Timescales in favour of innovation

From the construction to the proper functioning of an IMOCA, today the process is very fast. The last few years attest to this, since we have been able to see the construction of latest generation boats starting only a year and a half before the start of the solo round-the-world race.

“Today is March 2021 and new generation IMOCAs will sail for the Route du Rhum next year,” explains Sébastien Guého, technical director of GSea Design, a structural design and calculation company. “In ocean racing, we have different innovation timescales than in the conventional industry. The developments made here allow us to progress enormously because the timing of the races imposes this speed,” he concludes.

IMOCAs are often a concentration of pioneering technologies that have enabled the development of innovations for other industries. The latter then benefit more and more from the results of the experiments carried out for racing in order to be themselves more efficient in their field.

“What we are learning in IMOCA means that we are growing our knowledge of the marine environment and the stresses encountered, allow us to be much more relevant then, in responses to other issues,” explains Sébastien Guého.

“All the tools that we have been able to develop for racing and with very high precision, are then used in the studies that we are carrying out on other projects, such as that of the Atlantic shipyards for example.”

Energy on board is also a good example of the inventions that can be transposed to the general public. In 2009, Yannick Bestaven, winner of the Vendée Globe 2020-21, created Watt & Sea, a hydrogenerator design and manufacturing company. Its objective then was to achieve total energy autonomy. These propellers are now installed on many racing boats, and now also on production cruise ships, and have revolutionised the question of energy.

Other tools developed for ocean racing, are now used by commercial or passenger transport vessels. Drawing inspiration from the skippers routing systems, particularly onboard the IMOCAs.

ADRENA has developed versions of their software intended for the merchant navy and ferries, consequently saving a large amounts of fuel. Born out of a request from the PlanetSolar project in order to travel around the world using solar energy, this software is now used by almost the entire Brittany Ferries fleet, and also equips many CMA CGM ships as well as the Compagnie du Ponant.

“The initial goal was to save energy and we found that securing the time of arrival was key. Before, their only solution was to leave very quickly, get ahead and slow down at the last moment when they had enough time ahead of them. Today, software allows them to make much more subtle routes and save fuel and pollute less” explains Michel Rodet, inventor of the ADRENA system.

“In general, we have fairly sophisticated technologies in the offshore race, particularly in terms of software. We found that the merchant navy was lagging behind since they could not anticipate natural phenomena on their way. Also, these technologies, which seem basic to us in sailing, were ultimately a big plus for them.”

Technologies for the common good

Currently under construction in Saint-Nazaire, a sailing cargo ship is preparing to transport the Ariane 6 launcher for the Kourou space center in French Guiana and will leave the site at the end of 2022. Developed by the naval architecture firm VPLP Design; known for it’s strong presence throughout IMOCA, this cargo is inspired by developments born in ocean racing. Still in aerospace testing, these innovative boats are the subject of much discussion especially around their use and how they can serve a wider audience.

Other technologies have numerous users and not only within the maritime environment. The ePenon (electronic penon), developed by Dimitri Voisin; part of MerAgitée, is now installed on the blades of wind turbines. “The electronic telltales were first for sailing boats, then we turned to wind power,” he explains. “Between material, electronic and algorithm tests, there are many things to delve into within ocean racing. Making the electronic telltales to make racing boats go faster is a good start, and if they can also improve the performance of wind turbines then we can all have cheaper green electricity, which is even better.”

The technologies developed on the IMOCAs are therefore now transferred to many fields of application, but what if innovations dedicated to the general public also served the environment? In the ninth edition of the Vendée Globe, eight sailors embarked a kite. Developed by Yves Parlier, who once dismasted during this round the world trip in 2000, this kite known as Liberty Kite allows the boat to be sailed even in the event of rigging loss. An ingenious system, once you have when you know the risks that the ordeal presents.