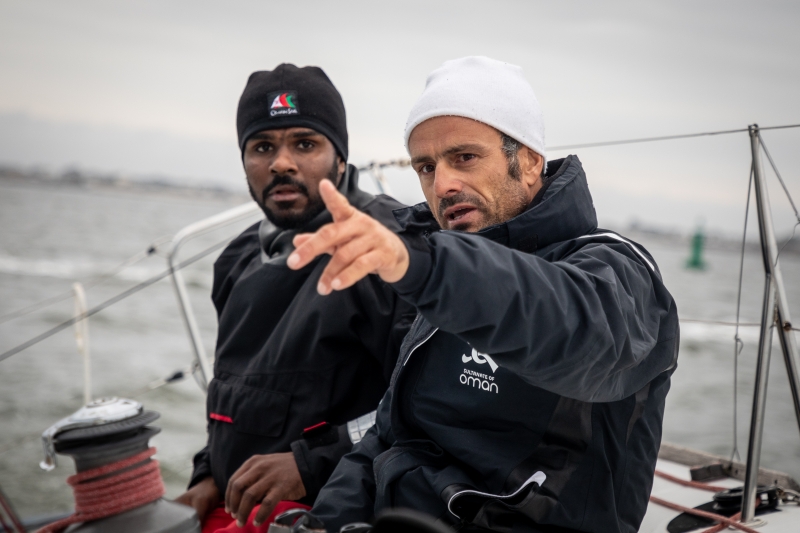 As soon as one door closes for France’s most high-profile yachtsman Franck Cammas, another one opens. Only days after pulling the plug on his hopes of mounting a second consecutive French challenge for the America’s Cup with Team France Cammas has signed on with Oman Sail to help develop the organisation’s Diam 24 and Figaro projects.

One of the most prolifically successful sailors of his generation, 45-year-old Cammas has won pretty much every major ocean racing event he has set his mind to – mostly supported by the French insurance company Groupama.

In his time Cammas has won the Volvo Ocean Race, the Tour de France a la Voile, the Transat Jacques Vabre, the Route du Rhum and the Solitaire du Figaro as well as six ORMA multihull championships.

This latest deal will see Cammas coordinate Oman Sail’s activities in France through his company Franck Cammas Racing and skipper a Diam 24 during the 2019 season.

“Oman Sail has great vision and potential, so it was an easy and natural decision for me to become involved,” Cammas said.

“It is a big challenge and it marks a turning point in Oman Sail’s history. Until now the programme had the ambition to train first class crew members, now it wants to produce skippers, Omani sailors who are self-sufficient and technically proficient.”

Oman Sail’s 2019 programme will prove a good fit for his experience and expertise as it includes both Diam 24 multihull and Figaro campaigns.

Cammas will join regular members of the Oman Sail team, including Ali Al Balushi and Hussein Al Jabri among others, on the Diam project which will feature three campaigns – one an all-female team – culminating in the Tour Voile next July.

Racing for the Diam teams kicks-off in February with EFG Sailing Arabia – The Tour in Oman, which will include a fourth all-Omani squad.

Cammas is straightforward on his ambitions for the Tour Voile: “We will aim high and do everything we can to do well.”

The projects will start as double-handed and eventually, when the Omani sailors are considered ready, will evolve to singlehanded with the long-term aim of participation in a major offshore race.

Oman Sail CEO David Graham said: “Having Franck join us at Oman Sail is a great moment and one that I believe will produce real benefits for our sailors and help us achieve our goals.

“Having just marked our 10th anniversary, we can reflect on our successful progress towards rekindling Oman’s long maritime heritage and making our mark racing competitively all over the world. Franck will make a real contribution as that journey continues.”

Oman Sail has recently been able to celebrate winning the inaugural World Diam Tour title and finishing as a close runner-up in the global Extreme Sailing Series.