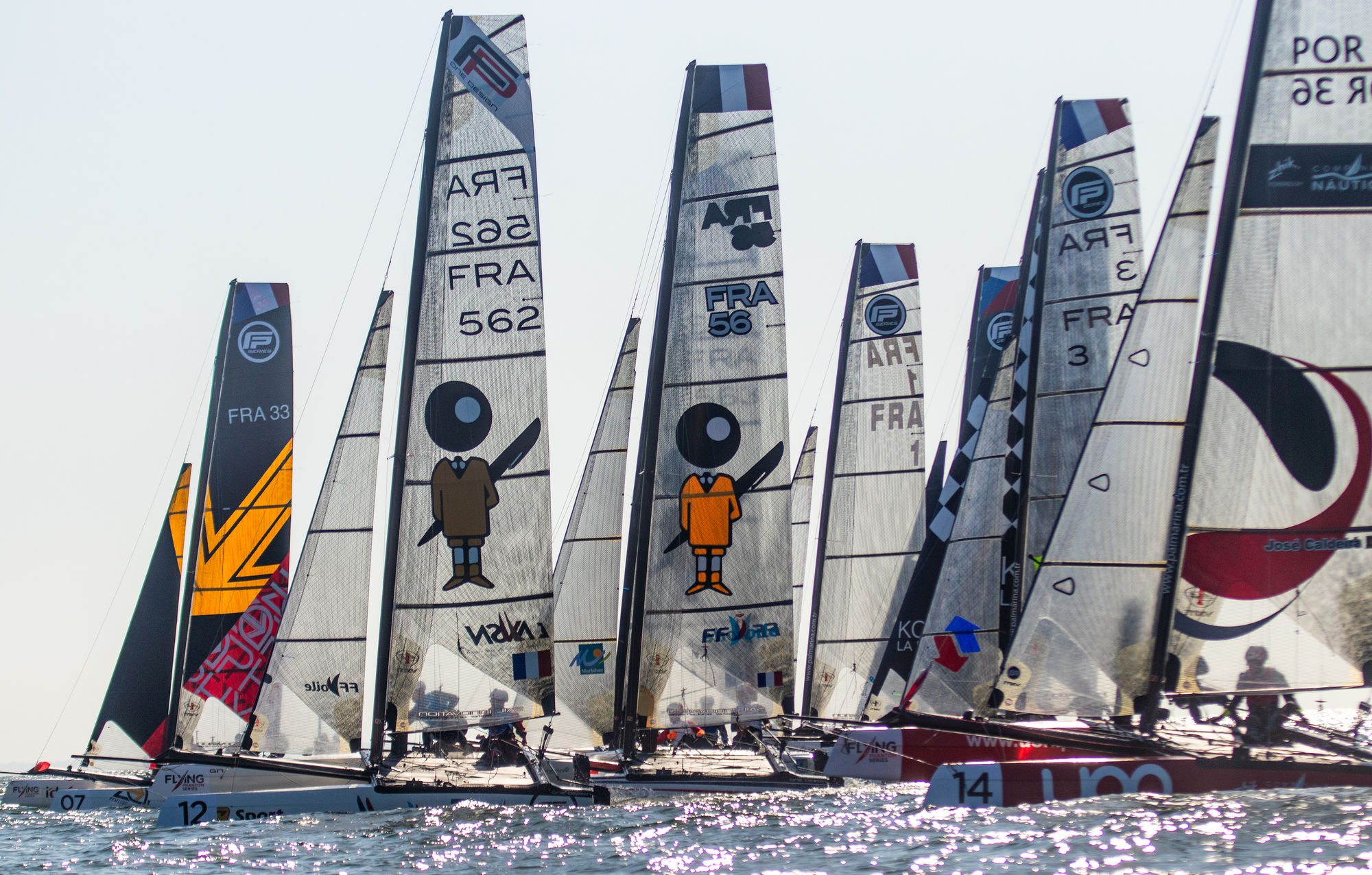 In a matter of days, the twelve-strong international fleet of Flying Phantoms will descend upon Qingdao, China, for the first time in history to participate in the first ever Qingdao Mazarin Cup powered by Extreme Sailing Series™.

Representing six nations: China, Hong Kong, France, New Zealand, Germany and Spain, the super fast foiling fleet will fly around Fushan Bay at speeds of up to 31 knots, competing on short courses with up to eight races each day from 30th September to 3rd October.

Ready to race off the Qingdao start line are numerous sailing stars, many fresh from the recent five-Act Flying Phantom Series that concluded in Cardiff in August as part of the 2018 Extreme Sailing Series. Having won the final Act of the Series, New Zealand’s Micah Wilkinson, crew for Hamilton Huas, and Tokyo 2020 Olympic hopeful, is looking to take the waters of Fushan Bay by storm.

“The regatta in Qingdao is going to be amazing,” he enthused. “I’ve never been to Qingdao but have watched the Olympics when they were hosted there 10 years ago and all the Extreme Sailing Series Acts. It’s definitely the kind of location that us sailors are keen to go to. I’m looking forward to racing on a course that’s seen some spectacular racing in the past.”

With twelve boats on the start line, dramatic battles are bound to ensue.

“Qingdao will see the largest Flying Phantom fleet we’ve had all year,” said an animated Elias Neuhann, crew for German-flagged EVO Visian ICL. “It’s going to be a lot of fun to be up against that many competitors. We’re thankful to OC Sport and the Qingdao Administration Center of Sailing Sport for making this happen.”

Although much of the fleet will make their debut in Qingdao, some sailors have been lucky enough to sail in the bay of China’s sailing city before.

“I have history with Qingdao so I’m really looking forward to returning,” explained helm of Flying Frogs, Pierre Le Clainche. “Five years ago, I sailed with Red Bull Sailing Team and we used to sail in Qingdao. It’s a beautiful city, rich in a very different culture. It’s often windy and gusty so I’m sure we’ll have some crazy racing.”

“It will be one of the the best Flying Phantom events this year,” she declared. “With twelve boats and such a high level of competition, there will be some big fights! We’re expecting amazing reaching starts and the weather is looking promising in terms of wind strength and temperature. Everyone is excited.”

The Qingdao Mazarin Cup powered by Extreme Sailing Series™ runs from 30th September to 3rd October, with the on-the-water battle commencing at 13:00 local time each day. Spectators can watch this Stadium Racing spectacle from the shores of China’s Olympic sailing venue as the boats race just metres away.

Back to Basics (FRA)