Skip to content
You are here
Home > LATEST > Flying giants 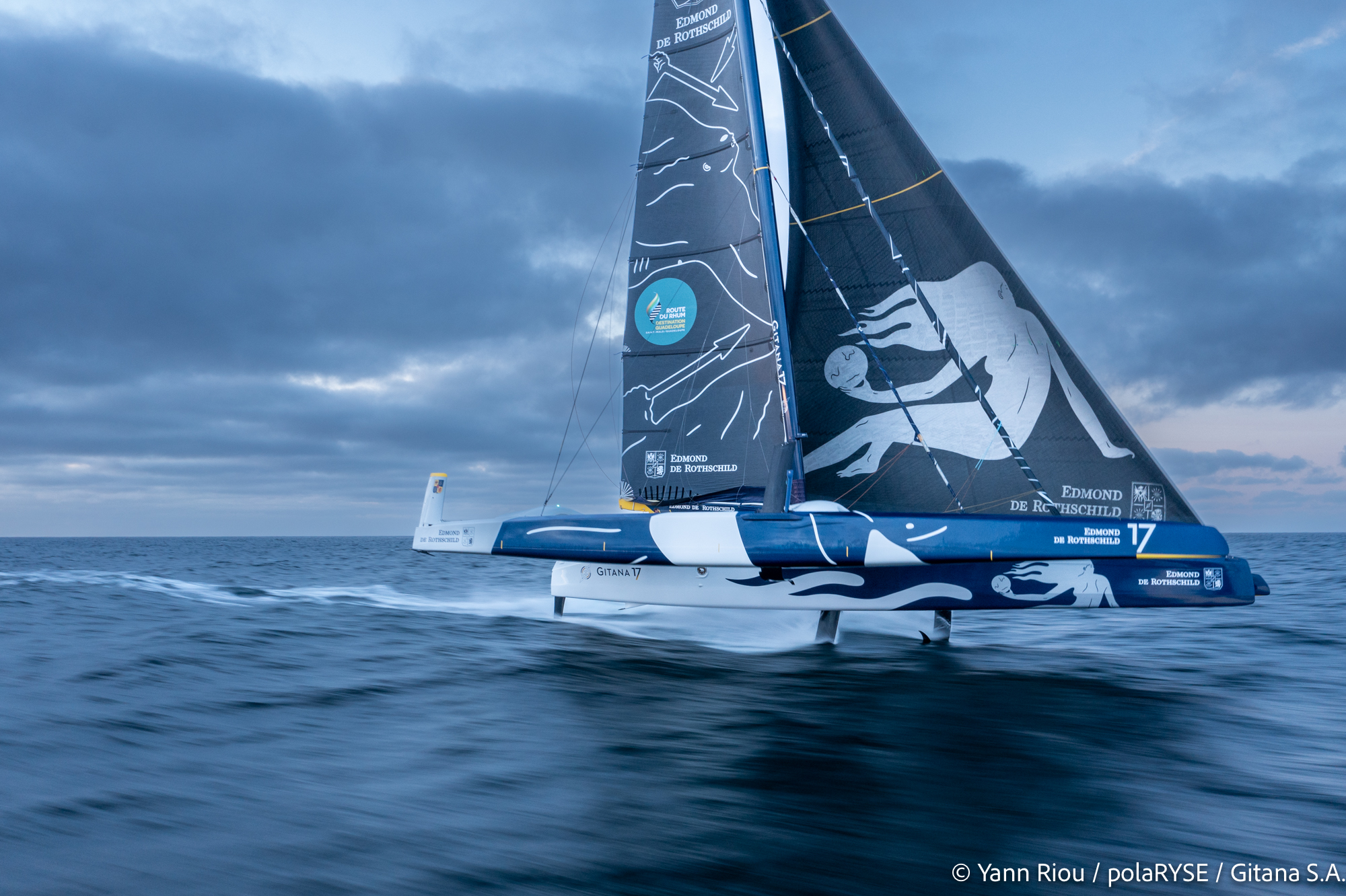 The seven and a half day transatlantic record from St. Malo, France to the Guadeloupe in the Caribbean set by Francis Joyon in the last edition of the Transat Jacques Vabre is looking a little shaky as we close in on the November 6 start of the upcoming edition.

Remarkably there are eight Ultim Class ocean going multihulls entered. To qualify as an Ultim the boat needs to be 32 metres (104 feet) long and 23 metres (75 feet) wide. That’s a lot of boat to be sailing singlehanded and when you factor in that all eight are now foiling the challenge facing the skippers is all the more daunting.

Favourite for the race – in our books at least – is French skipper Charles Caudrelier on the Gitana Maxi Edmond de Rothschild. This is Caudrelier’s first solo transatlantic race but he has been consistently impressive over recent events. In November last year he won the double-handed Transat Jacques Vabre, as well as a slew of crewed races this summer, and claimed a solo victory during a key warm up race in early October.

Among the seven skippers trying to derail his winning streak are fellow-Frenchmen Armel Le Cléac’h on the new Maxi Banque Populaire XI, François Gabart, on the contentious SVR-Lazartigue, Thomas Coville on Sodebo, as well as the defending champion, Francis Joyon, once again aboard his trusty 17-year-old warhorse ‘IDEC’ – a remarkable boat which – in various liveries – has won the last three editions of the TJV.