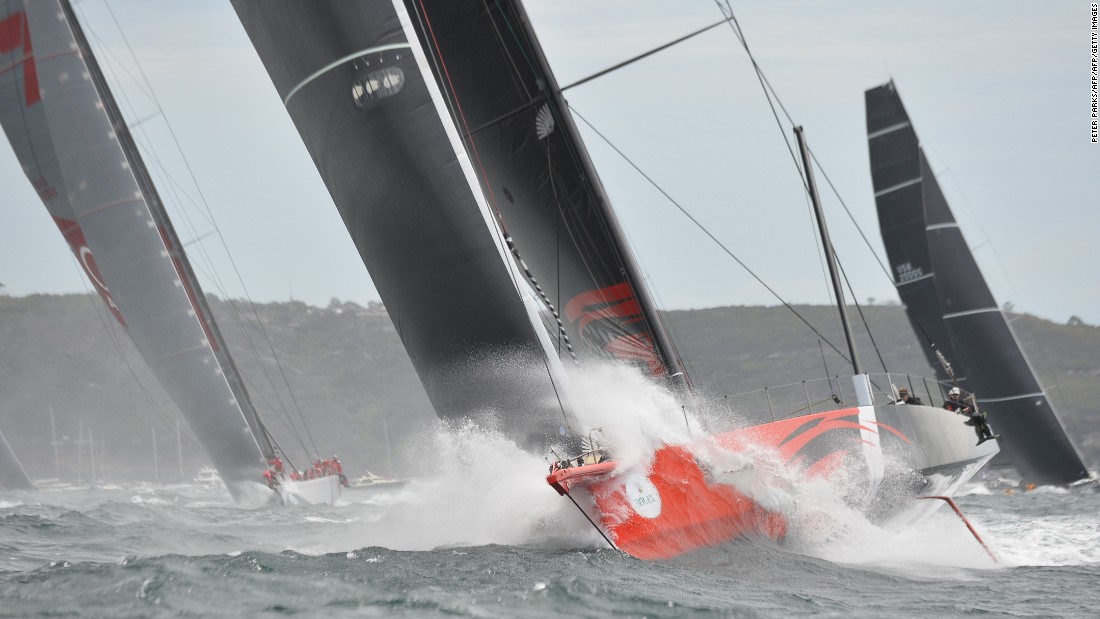 The sailing team rosters of the five 100-footer super-maxis set to battle it out in for line honours at the Rolex Sydney Hobart Race in under 48 hours’ time are packed with the great and the good of professional yacht racing.

Which one of the five will make it to Hobart first is anyone’s guess at this stage but with a favourable forecast in place it’s quite possible we could see the current race record eclipsed.

That record of one day, nine hours, 15 minutes and 24 seconds was set by Jim Cooney’s Comanche in last year’s race, but only after the Oatley family’s Wild Oates XI was relegated to second for a port/starboard incident with Comanche minutes after the start.

Those two boats are favourites again to be scrapping it out for the line honours cannon in Hobart with Comanche expected to have the advantage in stronger breezes but likely to struggle if the wind turns light. Meanwhile Comanche will be skippered by owner Cooney – racing his eighth Sydney Hobart Race – who has recruited Britain’s Simon Fisher as navigator. However the team will race without Australian double America’s Cup winner Jimmy Spithill who has been forced out with an elbow injury. 2016 line honours winner Infotrack (back then called Perpetual Loyal) finished fourth across line last time and owner/skipper Christian Beck has assembled a crack crew to try to improve on that result this time around. Four-time Sydney Hobart line honours winner Tom Addis returns as navigator for his second consecutive race aboard Blackjack and will be hoping to reprise his 2009 victory when the Alfa Romeo crew set a new race record. Travelling the furthest to compete in this year’s Sydney to Hobart Race is the recently refitted ex-Ragamuffin 100-footer Scallywag from Hong Kong. Owned by Malaysian businessman Seng Huang Lee and led by Volvo Ocean Race skipper David Witt (taking on his 24th Sydney to Hobart!).

You can follow the race online via the official tracker here.