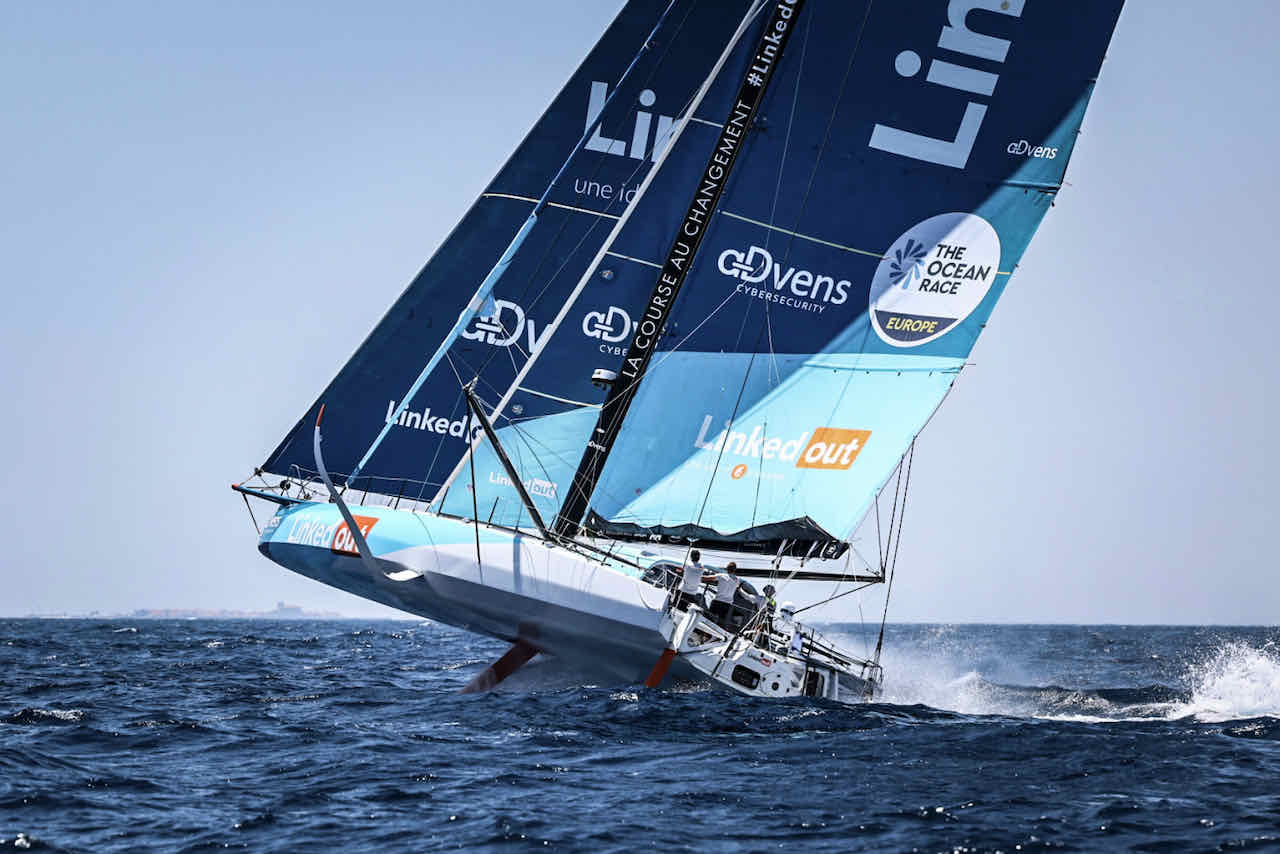 The third and final offshore leg of The Ocean Race Europe got underway today in Alicante, Spain where the 12-boat international fleet of yachts representing nine countries and crewed by sailors from around the world set off into the Mediterranean bound for Genova, Italy.

The Ocean Race Europe fleet arrived in Alicante on Wednesday June 9 after a three-day second leg from Cascais, Portugal, having previously raced there from Lorient, France on leg one.

In contrast to the predominantly breezy conditions the crews experienced on the first two legs the weather forecast for leg three calls for light winds throughout the 600-nautical mile (nm) / 1,100-kilometre (km) passage to Genova.

The points spread among the top three teams in both the VO65 and IMOCA 60 classes could not be closer as the fleet left Alicante for the final offshore stage on the new professional yachting event.

In the seven-boat VO65 class Mirpuri Foundation Racing Team (POR) and AkzoNobel Ocean Racing (NED) are in first and second, tied on 11 points, with Sailing Team Poland (POL) in third, just one point behind.

Remarkably, the scores in the five-boat IMOCA 60 class are even tighter, with the top three teams – LinkedOut (FRA), Offshore Team Germany (GER) and 11th Hour Racing Team (USA) – all sitting on nine points.

Although the focus may be mainly on the podium teams, there are several other crews in either class with enough points to challenge for overall victory, given a strong performance on the leg to Genova.

With so much resting on the outcome of leg three, the atmosphere on the pontoons in Alicante was understandably tense as the crews left for the final stage of the three-week event.

“It’s going to be tight all the way to the end,” said Thomas Ruyant, the skipper of LinkedOut, the nominal leader in IMOCA. “The race likely won’t even be decided on this leg, but on the coastal race in Genova.”

Adding to the pressure, particularly for the skippers and navigators, was the uncertainty of the weather forecasts for the coming week. Even as the boats left the dock there was no clear indication of which side of the three Balearic Islands – Ibiza, Mallorca, and Minorca – the fleet should pass.

“There are options to the far right, the far left, even in the middle,” Ruyant continued. “It will be hard work for the navigation options for sure.”

© Sailing Energy/The Ocean Race
“It’s going to be very tricky,” confirmed Spanish navigator Juan Vila – an America’s Cup and around the world racer who has been drafted in by the Viva Mexico VO65 crew for leg three.

“There’s a big decision to make whether to go south or north of the Balearic Islands and when to cross a ridge of high pressure – that’s basically light winds – around Ibiza and Mallorca,” Vila said.

Third-placed in the VO65s, Sailing Team Poland skipper Bouwe Bekking (NED) said his team were up for the challenge on a leg which he believed would not be decided until finish line in Genova.

“It’s going to be a long race, but it’s going to be fun too,” Bekking said “We know the score is wide open and lots of teams can end up on the leader board in Genova.

Simon Fisher, the British navigator with the American 11th Hour Racing Team, said the IMOCA fleet would have to choose between trying to find gradient wind out to sea, or rely on picking up thermal winds closer to land.

“Do we use the gradient to try and make as much progress as possible, and then see what develops?” Fisher said. “Or do we commit early on to dealing with sea breezes and land breezes? That [the second option] is obviously going to be a messy and fairly long affair, battling up the coast.

The course for leg three took the fleet away from the start line off the Alicante city front, first upwind to the Alicante exit mark where the yachts bore away towards mark two, located off the nearby Tabarca Island. From there the crews are now free to choose their own fastest routes north through the Mediterranean to Genova.

In the VO65s AkzoNobel Ocean Racing made the best of the first beat, taking an inshore route that saw them lead at the Alicante exit mark, with Mirpuri Foundation Sailing Team in second and Viva Mexico third.

In the IMOCA 60 class Robert Stanjek’s Offshore Team Germany (GER) took full advantage of their non-foiling configuration to rocket up the first beat to lead at the Alicante exit mark from 11th Hour Racing Team (USA), skippered by Charlie Enright, in second, and Louis Burton’s Bureau Vallée (FRA) in third.

But as soon as the foiling IMOCAs were able to hit their angle, and lift out of the water, the Germans were left behind. Stanjek and his crew can take solace in the fact that light, upwind conditions are forecast to return soon.

Based on the forecast for predominantly light winds the crews are expected to take up to four days to complete the course, and are estimated arrive in Genoa on Thursday June 17.

The final points scoring opportunity of The Ocean Race Europe will be a coastal sprint race in Genova scheduled to take place on Saturday June 19 when bonus points will be awarded to the top three finishers in each class.

With the leaderboard so close, it is likely this coastal race will be decisive in determining the winners of the inaugural edition of The Ocean Race Europe.