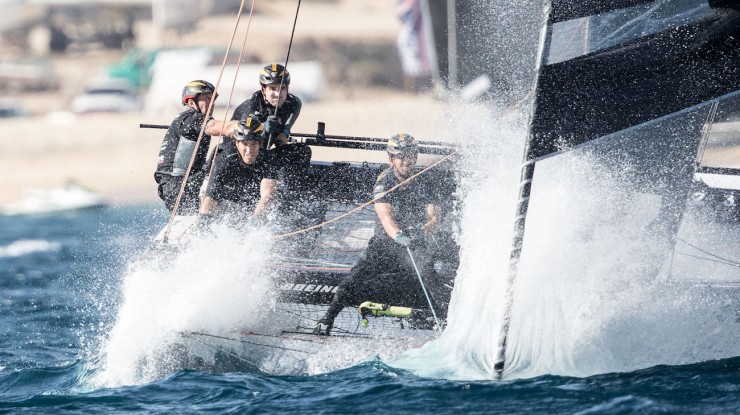 The Extreme Sailing Series, one of professional sailing’s most well-established grandstand racing circuits, is facing an uncertain future after the reported closure of the UK office of OC Sport – the organiser of the global regatta series.

The Extreme Sailing Series began in 2007 as the iShares Cup and utilised the Yves Loday-designed Extreme 40 catamarans which had entertained the crowds around the world during several stopovers of the Volvo Ocean Race.

The ESS was the first circuit to properly introduce the concept of “grandstand sailing” with the courses uncompromisingly set close to the shore within clear view of the spectators who were guided through the races by expert commentators.

At the end of the 2015 season, in order to keep in tune with the sailing world’s move to foiling boats, the Extreme 40s were retired to make way for the foiling GC32 catamaran from 2016 onwards.

Major French media, sports and entertainment conglomerate, Télégramme Group acquired a major shareholding in OC Group in the summer of 2014.

A note sent late in December to competing teams and other interested parties from the GC32 Class read:

“We have been informed that the Groupe Télégramme and OC Sport have decided to close the Extreme Sailing Series and the OC Sport UK Ltd. Cowes office.

“In the first instance, the plan from the board is to give time for the OC Sport UK team (responsible for the ESS) to explore the option of a management buy-out. This would result in current management taking control of the existing contracts with sponsor, venues and stakeholders allowing the staff to continue the proposal as planned.”

The memo goes on to suggest that technology partner SAP and the organisers of scheduled events for 2019 in San Diego, California and Los Cabos, Mexico during November and December respectively were keen to go ahead as planned.

It is worth noting that – parallel to the Extreme Sailing Series – the GC32 Class runs its own five event Europe-based circuit, the GC32 Racing Tour.

The 2018 Tour included the inaugural GC32 World Championship on Italy’s Lake Garda at which teams from both circuits joined together to make up a 13-boat fleet.

Last season rumours abounded among the competing teams on both circuits over the possibility of a merger of the two GC32-based circuits. It was a move which would appear to have much merit, particularly in light of the announcement late last year of the well-funded, and highly publicised SailGP international circuit which kicks off in February down in Sydney, Australia.