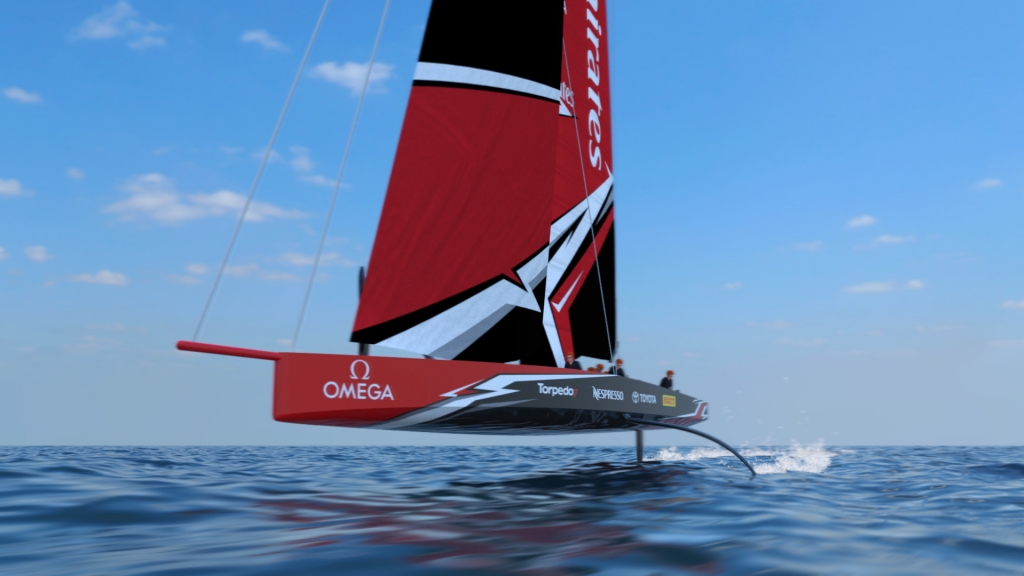 Ask any seasoned America’s Cup challenger what the most critical ingredient of a successful campaign is and – even more importantly than money – the answer they give will be: time.

While you can’t make time, you can save it – and that’s exactly what the current America’s Cup holders Emirates Team New Zealand are hoping to do by skipping the idea of building smaller proof-of-concept test boats and instead moving straight into the construction of the foiling monohull design they intend to use for the 2021 edition of the Cup.

While two of the three challenging teams – American Magic, INEOS Team UK – have each launched small surrogate test boats in the last few months Emirates Team New Zealand has gone into production on the first of the two full sized boats they are allowed to build under the America’s Cup rules.

In an interview with New Zealand news website stuff.co.nz Dan Bernasconi, head of design at Emirates Team New Zealand, confirmed the construction of the team’s first full sized boat was underway and that the team would be using simulators rather than surrogate boats for their development.

The use of simulators is nothing new for the team which used them to good effect in the run up to winning the last America’s Cup in Bermuda in 2016.

Nevertheless Bernasconi said the Kiwi syndicate was keeping a close eye on the British and American team’s test boats with spies feeding back images and observations from both sides of the Atlantic.

Both the American and British teams have opted to heavily modify existing production boats for their surrogate test platforms. Ben Ainslie’s INEOS Team UK was the first to launch two and a half months ago on the Solent in the UK using a two-person Quant 28, while American Magic got their adapted five-seater McConaghy 38 (nicknamed “The Mule”) airborne off Rhode Island just two weeks ago.

Bernasconi described the fact that both the rival teams have successfully manged to get their boats flying so quickly as “a bit of relief that the concept works”.

“They are obviously ahead of us in terms of actually having a boat on the water,” he said. “We have decided to put our efforts into simulation but it’s great to see other teams, the Americans and the Brits, out there testing the concept. As well as the fact it works, they are actually loving it. They are saying it’s a really cool boat to sail and it’s exciting.

Despite the obvious progress the other two teams have been making with their test boats Bernasconi said the America’s Cup defenders were confident in their decision not to build their own.

“There are always pros and cons, it’s always great to get a boat on the water but it’s a huge effort for the team,” he said. “We feel that we are strong in simulation and we are putting our efforts into that [where] we think we can learn more quickly.”

Under the rules of the America’s Cup Emirates Team New Zealand’s new boat cannot be launched before March next year.

By then the team hopes to be able to take advantage of a new 5G mobile data network from their technology partner Spark to feed live data back ashore from on board the boat during testing rather than waiting to download it all at the end of the day.

The new network is predicted to be 10 times faster than the current 4G network and Emirates Team New Zealand will get early access to it through Spark’s waterfront test lab.

“This could be a game-changer for us,” Bernasconi said.

“The America’s Cup is as much a technology race as it is a yacht race. We know the scope for 5G technology to make the boat go faster is significant. Our design thinking can evolve faster, allowing us to explore more design options and buy us more of one of the most precious commodities in the America’s Cup – time.”