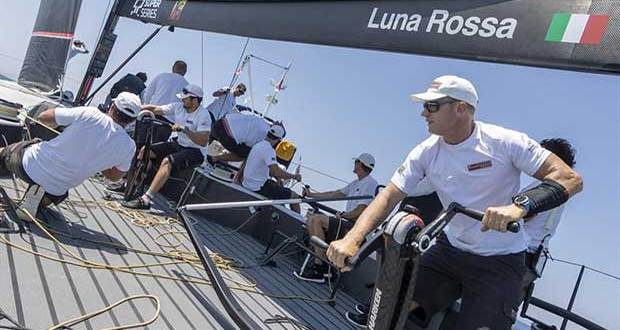 Jimmy Spithill has been ruled out of taking part in the 2018 Rolex Sydney Hobart Race after damaging an elbow tendon while training in Sydney, Australia this week for the Boxing Day race aboard the 100-foot supermaxi Comanche.

With double America’s Cup winner Spithill’s primary focus being on his role with the 36thCup’s Official Challenger of Record, the Italian syndicate Luna Rossa, Spithill flew directly to Los Angeles to be evaluated by his surgeons Dr Robert Bray and Dr Andrew Bulczynski at the Disc Sport and Spine Center in Los Angeles who conducted surgery immediately.

This is not the first time the Australian sailor has suffered elbow injuries. The same medical team operated on his right elbow after he won the the 2013 America’s Cup and his left elbow was operated on in July 2016 – a little under year before he led Oracle Team USA’s unsuccessful defence of the 35thAmerica’s Cup in Bermuda.

In August this year he pulled out last-minute from competing with Luna Rossa at the Mallorca stage of the 52 Super Series, once again citing elbow problems.

Which elbow has gone under the knife this time is unknown, but Spithill hopes that his prompt action on this occasion will avert months of potential downtime and he says aims to be fully recovered early in the new year.

In the meantime he will return to Australia to support the Comanche team in their bid for back to back Rolex Sydney Hobart Race line honours victories when the Boxing Day ocean classic takes place, starting on 26 December 2018.