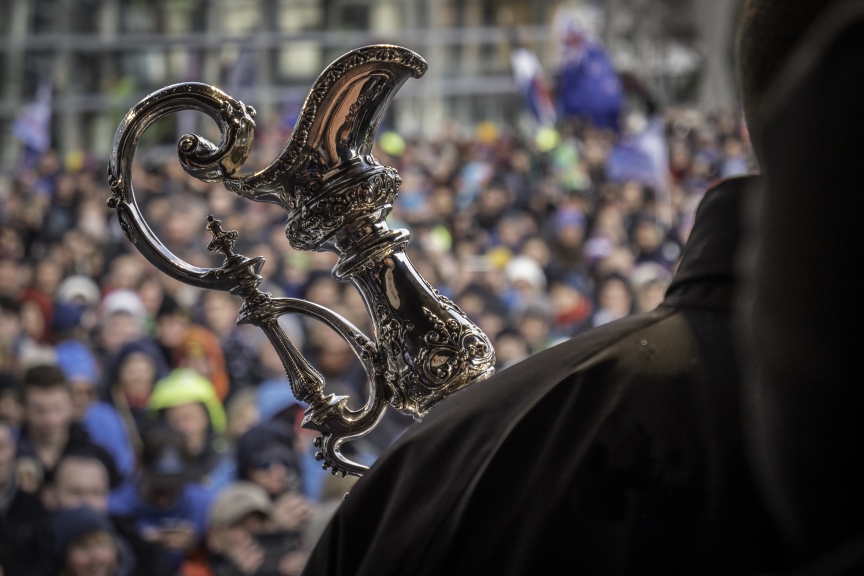 No details have been made available on who the new challenging teams might be however a press release from Emirates Team New Zealand indicates that only one of the entries is suitable for immediate acceptance.

‘According to the supporting entry documents, only one of these entries is capable of immediate acceptance while the remaining seven notices of challenge carry conditions,” the release read, continuing: ‘Some of the entries are likely to be invalid, something which will be determined through a vetting process which will begin immediately.’

According to rumours circulating in the mainstream and sailing media over the last year, some of the new challenges received could have come from:

A few hours earlier on the other side of the world at a swish launch event at the Yacht Club Monaco official Challenger of Record Luna Rossa Challenge revealed the new Prada Cup trophy for the Challenger Selection Series.

The Prada Cup will commence in January 2021 in Auckland and see the Challenger teams race in a round robin format to determine which Challenger will line up against the Defender, Emirates Team New Zealand, in the quest for oldest trophy in sport, the America’s Cup.

Also announced in Monaco was the timing and location of the first of the America’s Cup World Series heats which will take place in October 2019 in Cagliari, Italy.

A selection process involving the America’s Cup Defender and Challenger of Record will begin immediately to narrow the eight new challenges down to only those capable of mounting a credible campaign.

Currently the team base infrastructure on the new America’s Cup site in Auckland has been designed around a maximum of only two more teams joining Luna Rossa (ITA), NYYC American Magic (USA), and INEOS Team UK.

Several of the entries are believed to be conditional upon an America’s Cup World Series event being held in the challenger’s home country – not decisions that can be taken quickly.

According to the Emirates Team New Zealand press release:

‘The official announcements of the new accepted challengers will be made at a later date after the completion of the conditional entries process and in accordance with each team’s preference on the timings of their respective public announcements.’