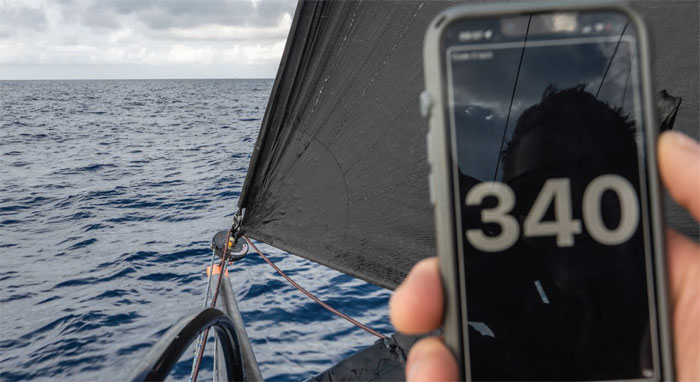 The load-sensing technology in the Cyclops Marine Smartlink is designed to tell you how hard and fast you can safely push your boat for maximum performance without fear of breakage.

As Cyclops CEO Ian ‘Chips’ Howarth puts it: ‘For decades, sailors have been given these amazing engines – these beautifully designed and created sails – to drive their boats as fast as possible. Now, you wouldn’t thinking of driving a fast car without a rev counter, but that’s effectively what we’ve been doing on sailing boats. With Cyclops technology, we’re giving sailors the opportunity to fit that missing rev counter, which means they can run their engines – those hi-tech sails – at optimum performance and much more safely too.’

Formula One drivers soon learn that when they’re driving the world’s most advanced racing cars they have to push their engines at the designed revs, they can’t afford to “red line” them all the way round the track. Otherwise the engine breaks and the race is over early. In the past 30 years of high-performance developments, from displacement to planing keelboats through to the current foiling revolution, speed, performance and working loads have gone through the roof.

Trial and error is no longer good enough. Smart sailors are embracing smart technology like the Cyclops Marine Smartlink sensor to record, analyse and understand – rather than guess – the loads going through the boat, sheets, halyards and rig. Howarth argues that using a static tuning gauge and waterproof marker pens for marks on sheets and halyards is a bit 20th century. ‘Boats are so dynamic now, add to this structured luff technology, knowing the live load is more vital than ever’.

‘I was racing on a Cape 31 during Cowes Week, and everyone in that fleet knows that you’re looking for a specific tonnage of load through the forestay. It’s the key performance measure and as the wind changes you’re constantly monitoring the forestay load to hit the perfect setting,’ he says. Over the past couple of years, Howarth (a former World Champion in the Fireball class) has observed three broad trends for the way products like the Cyclops Marine Smartlink can and is being used.

‘To observe when the boat is going fast and use Cyclops to create repeatable live settings for the best possible boatspeed. The technology is so light – just 70 grams in some cases – that sailors are using it in all kinds of applications, from measuring hiking load going through a Laser/ILCA hiking strap, to being able to repeat the same load through the bobstay on your TP52 gennaker.’ 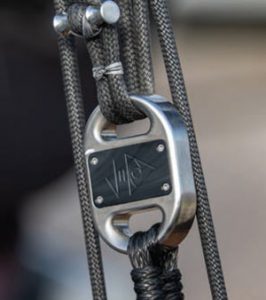 ‘We have a client who made a lot of money from management and analysis of big data. He has only just taken up sailing and wants to learn how to race as quickly and effectively as possible. He hasn’t got that seat-of-the-pants background that a lot of us got when we were young, mucking around in boats. Instead, he’s using data from Cyclops and his other analytical tools to help get him up to speed.’

B&G has developed a load warning dial option for Cyclops products on their Triton and Nemesis displays. This gives a simple ‘green is safe’ ‘red is time to take action’ warning when the boat is overloaded. It’s a vital safety system but also a reassurance tool for nervous sailors to see a needle in the “green”.

‘On a cruising holiday this year, I saw sailors who had been given the keys to their 40ft charter catamaran. When the wind blew hard, I don’t think they realised how loaded those cruising cats can get. On a keelboat, the boat leans over more, you’ve got that instant feedback; but on a cat it’s so stable it just doesn’t give you a sense of how the loads are increasing rapidly.

‘It’s a bit worrying, because no one knows how close they are to breaking stuff and the potentially catastrophic consequences. In future I think we’ll see much more load-sensing technology on charter boats as well as privately owned boats.’

Keep an eye on rig and line loads with Cyclops Link