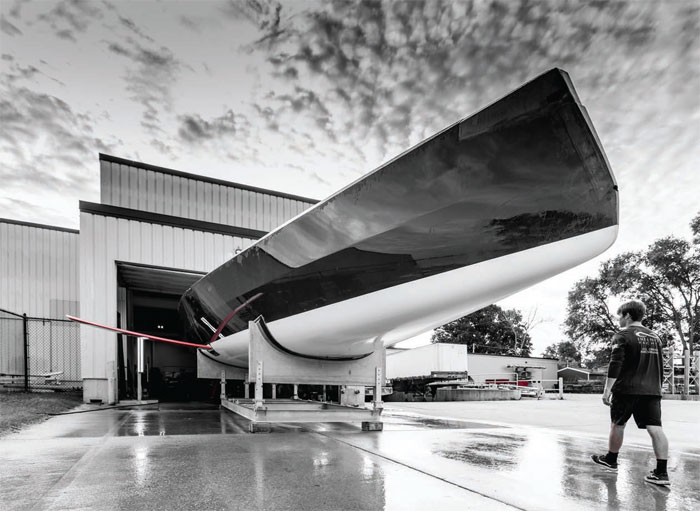 The first Infiniti 52 went on sea trial in the UK before heading south through Biscay in November as part of its training programme and its first race in January 2022, the RORC Trans-Atlantic Race. Joint developer of the DSS patent and founder of Infiniti Yachts, Gordon Kay talks us through the gestation of the genre-_defining project.

The boat was trucked from Composite Builders in Holland, Michigan to Baltimore and then shipped to Southampton, where the team at Racetec Rigging carried out the final fit-out and commissioning in conjunction with Infiniti Yachts.

There is always a level of trepidation when the light appears at the end of the tunnel; the possibility that it is an oncoming train is never far from one’s thoughts.

Fortunately, emerging from the tunnel is a build that, in spite of an awkward global situation regarding supply chains, has hit all the targets it set out to achieve. It took a little longer, cost a little more and redefined and refined itself but it has so far nailed all the goals we set for ourselves at the outset.

So, what did we learn? Avoiding the social lessons and impact of Covid, and focusing on the technical we can be clear on a few things. First, the development of a 3D model incorporating all the structural elements and systems in the boat is an enormous undertaking.

Every cable, every penetration, every fastening (378 in case you are wondering and all titanium) every element of the boat is part of the model which was tirelessly managed by Mark Saunders. Herding all the cats and ensuring that the builder could reliably trust in all the information supplied was key. The closeness of the as-built boat to the model is impressive to say the least and makes working with the suppliers and partners far more straightforward.

NZ Rigging shipped the first three Infiniti 52 rigs together to avoid the problems of an erratic shipping world, the idea being that it was better that one rig was late than three. Unwrapping them and then stepping the first rig was a combination present of Christmas and birthday; the rigs are impeccably detailed and finished with smart thinking from top to bottom.

They were exactly to target weight and VCG and the commitment shown by Richard “Bart” Bearda, flying from New Zealand to do the rig assembly and stepping was just the reason we chose NZ Rigging as a partner for this project.

Not everyone will be aware just how hard it is to fly in and out of New Zealand, with the minimum problem being two weeks in a hotel room when returning home, assuming that is you can even get a slot to be allowed in – to your own country.

The detailing of the rig, and how NZ Rigging worked to ensure the interface with the boat was executed, made the process as painless as possible.

Of course, progress never stops. We are conducting a complete structural review of the boat, looking for improvements that can be taken into boat three onwards. This is a yacht that, thanks to having not only DSS foils but water ballast as well, is going to give the crews plenty to think about while figuring out how to get the best out of it in different conditions.

The ability to shift gears and sail in different modes is far greater when ballast and righting moment are not set in stone. The feedback loop we have with our clients, the information and data gathered from the actual sailing and comparing the real loads with the design loads allows us to constantly refine the yacht and optimise with every iteration. This is all part of the learning process.

One thing we have learned over the past 20 years of developing foiling and foil-assisted yachts is that you never stop learning and that applies to the crews and the design team alike.

So we learn all the time, during the build, when commissioning and with every mile passing under the keel. Making sense of what we learn is of course a challenge in itself, from the simplest issue in the supply chain to understanding a performance characteristic or sweet spot that we had not anticipated.

That is the true pleasure of this process, seeing the plans, dreams and ideas come to fruition and then being able to refine and develop and never assume the job is done.

Sharing the developments with the owners and their teams and the collective buy-in where teams see progress, continually allowing them to set their bar higher and higher is extremely rewarding.

Setting up to build in the USA has been positive, with a can-do attitude in almost every respect. Shipping remains the biggest problem, with rigs and engines being the most affected; the irony of being told the preferred engine did not meet US emission standards unless exported did not quite offset the three-month delay in arrival.

Planning was just that, planning. Very few deadlines were able to be met, the chant of Covid used as a catch-all whenever something didn’t quite make the truck. Notable exceptions were the beautiful Harken Air winches from Italy and the works of art from Isotop in France.

Carbon wheels you wish you could hang on your wall and a foil and foil case that defined the knife through butter comparison as a gentle push slid the foil through the boat after installation. The loops and rigging details from Offshore Rigging that look like exotic jewellery and the 3D printed Titanium pig-nose likewise is a work of art and 3D printing a quite extraordinarily cool way of making complex parts such as these.

With a bowsprit longer than a TP52, made to look even longer by the reversed bow, the Infiniti 52 certainly has eye catching features beyond the carbon DSS foil, painted in bright orange for the first yacht.

In the end, for all the work, the energy, sacrifice and commitment, the true test will be the launching, the first time the sails harness the wind and all the planning and thinking comes to fruition. It is this moment that makes all the other moments worthwhile and for the team at Composite Builders, working hard on boats two and three, this is going to be an experience missed or so they thought.

Taking the carrot approach rather than the stick and with so many keen sailors in the build team at Composite, they have been offered a bonus for on time completion of a trip to Florida and a day of sailing on the Infiniti 52. In the depths of winter in Michigan, that is going to be some incentive!

There is no doubt the team at Composite Builders has grown in every respect during the build of the first Infiniti 52.

We had Covid cases, masks and other challenges but the doors never shut and progress may have slowed but it never stopped. As a group they can be extremely proud of the way in which they handled the challenges presented, both technical and some more mundane, like working in a pandemic environment.

All the systems, clever ideas and smart thinking seem to be coming together as planned and sometimes better than planned.

Waypoint Racing has done an immaculate installation, dovetailing with the Diverse team in the UK and integrating the systems in an efficient and experienced manner. There is no doubt this is a team effort with a significant cast of suppliers and partners all of whom pull together to make this design come to life.

Without exception the extra mile is walked again and again and the passion for the project is infectious. Seeing a new design concept with innovative ideas but based on a significant body of work really does bring out the best energy in people. The way in which everyone brings their A-game and wants the best result is both inspiring and humbling.

There is no question that deciding to make the first race for the yacht the RORC Transatlantic raised the bar in how we approached the final detailing. There would be no “warm up” and the first passage would be across Biscay in winter, so a true test of all the planning, design and endeavour that brought us to this place in time. That is when the adventure begins and the learning starts all over again. 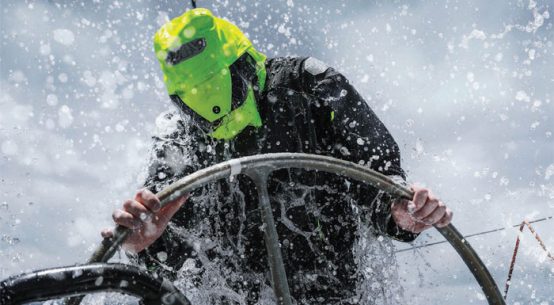 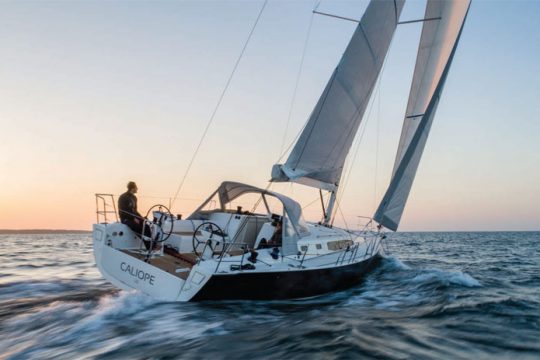 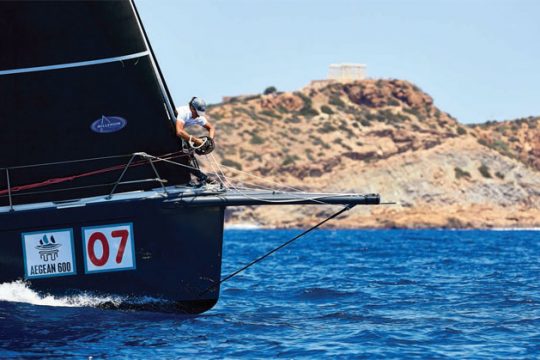