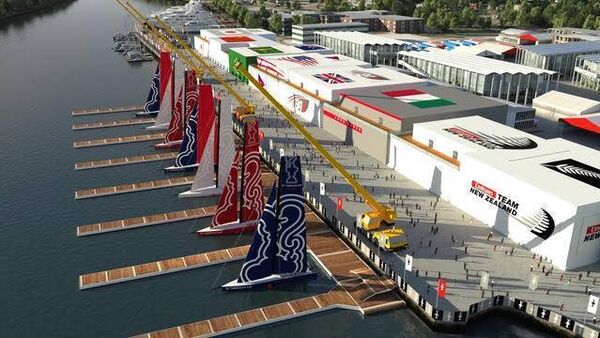 The dream of staging the 37th America’s Cup in Cork, Ireland is still very much alive.

Far from giving up on the quest to secure the government funding required to bring the international regatta to the city, the bid team in Cork have put forward an impressive and – importantly – less expensive alternative proposal.

Having received a lukewarm government response to an initial plan to base the AC37 team bases and race village on privately owned land, the group is now pitching the much cheaper option of using publicly owned land to host the international event.

The new proposition would see the technical area and team bases for the 37th America’s Cup located at Tivoli Docks, a site within the Port of Cork deep water commercial shipping facility situated on the River Lee.