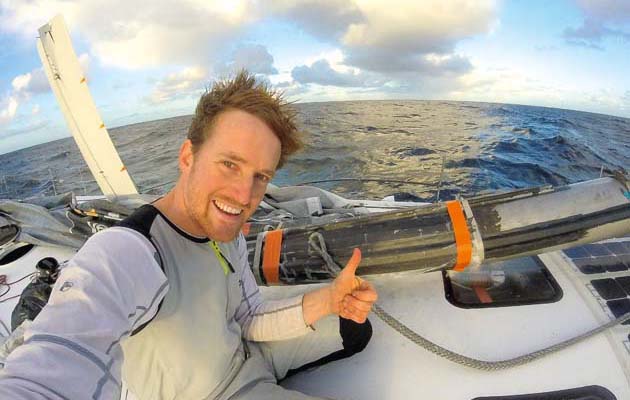 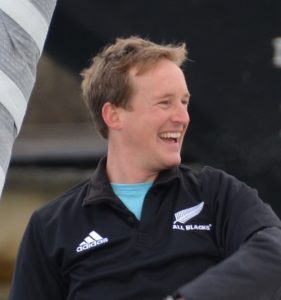 We are delighted to announce that New Zealand yachtsman Conrad Colman has joined Yacht Racing Life’s coverage of the 2020-21 Vendee Globe.

In 2016 Conrad became the first New Zealander to compete in the iconic solo, nonstop around-the-world race, when he finished the race under jury rig after breaking his mast in the final stages of the course.

In his first piece for Yacht Racing Life Conrad sets the scene for the upcoming race with just three days until the 33-boat fleet sets off into the unknown from Les Sables D’Olonne on Sunday.

The Vendée Globe completely turned my life upside down, even before I stepped foot in France or ever set sail solo. Like you, I was reading race reports and watching videos online and I asked myself something that you have probably thought while watching previous editions of this race. “How on earth could they do this to themselves?” “Could I do the same?”

At the end of four years of university up in America’s Rocky Mountains, I chucked in the prospect of a normal life and moved to France to find out what I was capable of. I had not sailed in over 10 years, knew nothing about ocean racing beyond what I had read in the magazines, knew no one, and didn’t speak French.

Little by little, I have made my place in the French solo sailing world and have completed all the great monuments of our (solo) sport, including the Mini Transat, Figaro, Route du Rhum, and finally, for my third race around the world, I made it into the Vendée Globe in 2016.

After an eventful race where I battled a fire in the South Atlantic, a massive rigging failure at Point Nemo, and finally finished the race under jury rig (having dismasted with less than a 1000 miles to go) I immediately set out to re-join the race in 2020.

The fact that I’m not going to be on the start line this Sunday is testament to the fact that even for somebody who successfully has a race under his or her belt, making it to the startling is incredibly difficult. COVID-19 quite certainly didn’t help!

After the finish of the last Vendee Globe I worked for the Volvo Ocean Race where I spent nine months translating the complexities of ocean racing into layman’s terms. I am now happy to be joining the team at Yacht Racing Life to try to do the same during the next three months as the Vendee Globe skippers battle their way around the world.

Each week I will endeavour to use the experience from my accumulated years at sea, along with my undying passion for the sport to explain what is going on out on the racecourse – as well as trying to give you some insight into the dark corners of the mind of a solo sailor!

Sitting here now with just three days to go to the start, a few things immediately jumped out at me as to how this race will be different. The race will of course be faster, and Ryan Breymaier’s peek behind the curtain into Boris Herrmann’s campaign clearly shows the incredible speeds that we can expect from the front of the fleet.

The new generation foiling boats are truly a quantum leap beyond even what we saw in 2016, sometimes capable of a 20 per cent jump over the boats that we thought were outlandish only four years ago.

This race will also be more connected than ever before although not always in ways that may be obvious.

For fans, initiatives such as Alex Thompson’s “Hub” on his website will have a live display not only of the prevailing meteorological conditions and boat speed, but also Alex’s physical data, such as how much energy he has burned, and – terrifyingly – just how little sleep he will be getting.

For his part Boris Herrmann will be doing a live series of raw videos showing the true conditions on-board and more generally, the iPhone-based media systems on-board the rest of the boats will hopefully allow us to get a higher quality view of their lives at sea.

The boats are also more connected now, strung with webs of fibre optic load sensors that will generate terabytes of data during the course of the race. The fly-by-wire style sailing will hopefully reduce the savage attrition that we often see in the fleet as the skippers will be able to more accurately place the cursor between backing off too early or pushing too hard.

LISTEN TO OUR PODCAST INTERVIEW WITH CONRAD COLMAN FROM MAY 2019

The Vendee Globe sailors will need all the help they can get as the pressure on their shoulders has ratcheted up in line with the boat speeds. The huge foils used on the latest designs are able to generate so much force that the boat could either destroy itself by going too fast in the waves or snapping the mast due to too much righting moment.

Equally, life on board verges on untenable when the boats are fully powered up, forcing the sailors to seek solace from their foils’ endless howling and whistling by donning noise cancelling headphones, and dressing up it in helmets and body armour even when inside to avoid injury from the brutal and unpredictable motion of the boats at speed.

It will be interesting to see whether the brittle carbon yachts or the soft squishy sailor inside cedes first.

The race has also changed in that the 2020 addition has become the most socially and environmentally conscious addition ever. Increasingly sailors, and their sponsors, are realising that their moment monopolising the world’s attention can be used to promote causes beyond the race itself.

Sam Davies is skippering Initiatives Coeur – a project that has been running since 2012 – and is once again raising funds for heart surgery for children in Africa, and on the environmental side the projects run by Boris Herrmann, Alexia Barrier and Stéphane Le Diraison carry important messages about ocean health and will seek to educate and inspire positive action from race fans.

Four years ago, I was the first sailor to complete the Vendée Globe using 100 per cent renewable energy. I based my project around the idea of going green and accepted some penalties on my performance in order to be able to do so.

Given this fact, I am delighted that one of the race favourites, Alex Thomson’s Hugo Boss, has installed a similar electric drive system and Alex will seek to generate most of his energy from the solar panels the cover his boat.

My old boat is going again – skippered this time by Sebastien Destremau and I gather that he is trying to go 100 per cent renewable as well. I wish him well, although I hope that he’s prepared to tackle the rigours of the Southern Ocean without a heater or any dry socks!

As technologically advanced as so many of the top boats now are, all the fancy autopilots, cameras and fibre-optics won’t change the fact that this race will be absolutely brutal. 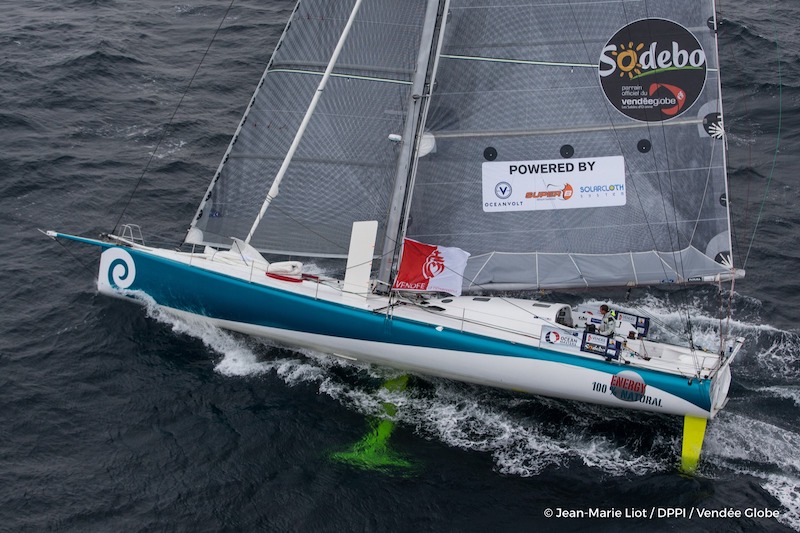 Since the first edition 1979, pioneering ocean sailors have tested themselves against the most inhospitable conditions that are found on this planet. And they do it alone. There is no one there to just lend a hand, hold a screwdriver, give a second opinion, or wipe away a tear.

Even in the crazy year that 2020 has been the Vendee Globe sailors are surely going over and above in their pursuit of social distancing as they prepare to spend three up to months alone at sea – but perhaps we can all relate a little better to their self-enforced isolation?

Sure, we don’t have to peel ourselves up off the floor at three o’clock in the morning to take a reef when the boat is charging along at speeds that would be illegal in most city centres – but we are all learning a little bit about what life in isolation feels like and how best to extract the most comfort from a friendly voice at the other end of the telephone.

It’s going to be incredible race and I can’t wait to help guide you all through it.