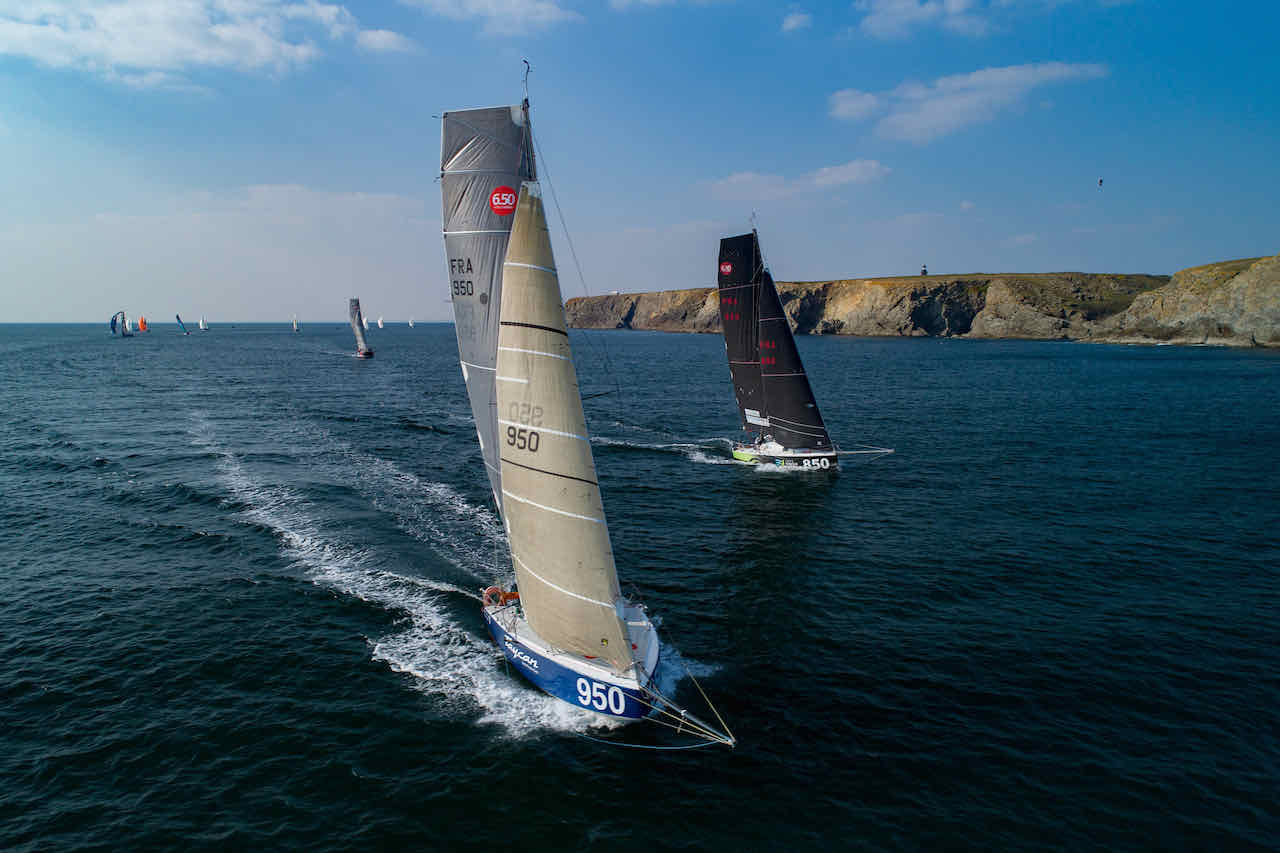 The Mini class has long been a proving ground for up and coming offshore sailors with an ambition to graduate to larger offshore classes.

Despite Covid 19 restrictions, organisers have compiled a full calendar for the Mini 6.50 season which kicked off last month with the Italian Archipelago 650 race.

Following several Mediterranean-based competitions, the action has switched to the Atlantic coast for a series of summer events including two new ones, the Mini Gascony and the Calvados Cup double-header.

After first and second place finishes in the Gran Premio d’Italia, Anne-Claire Le Berre and Amélie Grassi lead the rankings in the production class. Hugo Dhallenne and Thibaut Vauchel-Camus came out on top in the recent Plastimo Lorient Mini production class and Pierre Le Roy and Cédric Faron in prototypes. Italy’s Matteo Sericano currently heads up the prototype ranking.

Previous winners include a raft of world class sailors such as Yannick Bestaven (2001), Armel Tripon (2003), Thomas Ruyant (2009) and Ian Lipinski (2015). The four have gone on to achieve great success in other international events such as the Vendée Globe and Transat Jacques Vabre.

Unlike other offshore classes, the emphasis is on the individual rather than a team approach. Boat preparation must only be carried out by the sailor and race rules eschew modern technology and the digital age as competitors are forced to rely on compasses and charts for navigation.

Jean Lorre, Mini class president, said: “Taking part in the class is often the first step of a professional career in ocean racing or for the confirmed amateur in search of a personal challenge and we are able to attract a diverse mix of fierce competitors from around the world.

“What binds us all together is the shared passion for intense racing, the technical or budgetary issues we face, doubts, moments of joy and sometimes deep loneliness. In the end, we just love the excitement and adventure the tightly knit Mini class community offers.”

The class is known for embodying the spirit of enjoyment, equality, togetherness and adventure and is a realistic option for those without the deep pockets required for the larger boat classes.

Involving over 300 international sailors, with the majority hailing from France, the class started life as a UK-based race in 1977 before moving to France four year later. Divided into two divisions – production and prototype – the 6.50 (21’5”) boats comprise the smallest offshore sailing class, catering for those looking to race approved design boats and ‘early adopters’ interested in testing out the latest advances in boat design and equipment.

The flagship event, a bi-annual Mini-Transat, will take place in September this year. With strict qualification guidelines, demand for one of the 84 places on offer remains high. Well over 120 applications have already been submitted.

The new 4,050 nm route will depart from Les Sables d’Olonne, France, to Santa Cruz de La Palma in the Canary Islands, restarting in late October as the boats race to the finish line in Saint-François, Guadeloupe.

“My participation in the Mini-Transat in 2017 was, for me, a revelation,” Cremer said. “It was one of the few memories at sea, on board where I didn’t even think about the finish line. I was just so happy to be at sea. I had stopped inquiring about the rankings.”