Skip to content
You are here
Home > LATEST > Classe Mini 6.50: A leader in sailing innovation 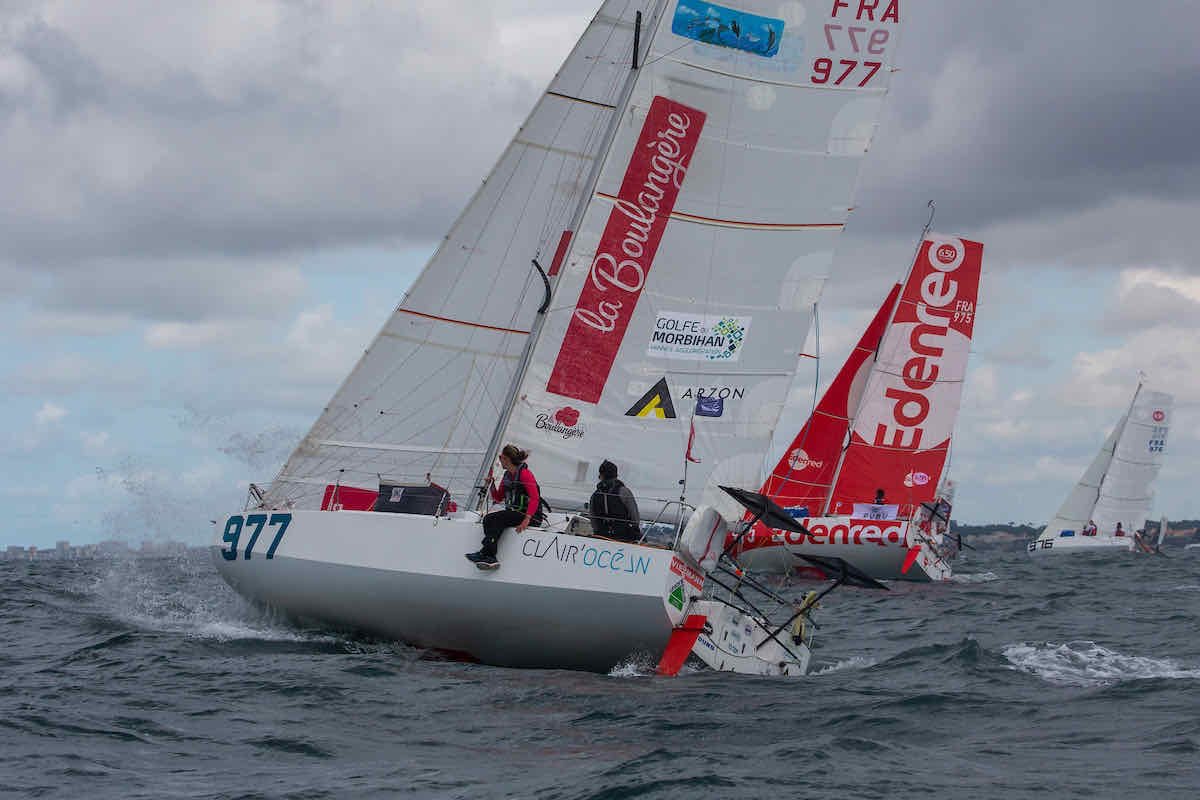 For over 40 years, Classe Mini has proved a testing ground for the next generation of professional sailors and innovations in boat design.

Competing alongside the production class, the prototype class has enabled the introduction of future concepts to offshore sailing and set new standards for construction.

Whilst Yannick Bestaven, Thomas Ruyant and Ian Lipinski all earned their racing stripes here before going on to win major offshore honours, cutting edge designs, systems and techniques have also had a huge impact upon offshore sailing and the wider sailing community.

For the 2021 season, 90 boats are taking part in a prototype class whose roots can be traced back to the very first Mini Transat in 1977 when Spaniel came second with the then groundbreaking twin-rudder system.

By the second edition, in 1979, a dozen prototypes were on the start line, including American Express which proved the use of fixed keels with water ballast in offshore racing. A specific prototype category was then introduced two years later by founder Bob Salmon.

In 1985 Aquitaine showcased the honeycomb hull (made from kevlar and carbon), a carbon mast, lifting rudders and textile guying. In the 1990’s, Speedy Pym introduced the longitudinal movement or sliding keel.

Interviewed in 2012, Salmon said his motivation for creating the Mini Transat was to give smaller boats with smaller budgets the opportunity to take part in great offshore sailing races and their size could also give rise to new innovations.

He said: “The class has always been a development class and because of the lower costs, it is possible to develop technology more quickly and we’ve seen it go into the Open 60s so it’s been very impressive.”

For some the SCOW hull design remains the innovation which has had the greatest impact, revolutionising the sport. The round shaped design, which has influenced both Class40 and the IMOCA 60s, was first adapted for offshore racing within Classe Mini. In 2011, David Raison’s ‘Magnum’ famously adopted the hull design to win that year’s Mini Transat before it became more commonplace in the sailing world.

Joël Gaté, a Classe Mini veteran of over 20 years, has long been a fan of the design.

He said: “The round shape gave an incredible increase in speed, not to mention comfort, as the skipper could almost remain dry, something previously unheard of on a wide boat. The concept quickly gained admirers and imitators on the mini circuit before being exported into Class40, amongst others.”

In her first season in the Class, Camille Bertel onboard Marara, who works as a skipper for Lalou Multi, decided to enter the prototype division because of the complex challenges it offered.

She said: “ I really like the idea of constantly challenging myself to find solutions and look for ways to go just a little bit faster and improve the versatility of the boat. There are always new avenues to explore and you forge a bond with the boat. Sometimes the changes are small but can have a big impact on performance.”

Recently, the Classe Mini board have formed a Sustainable Development Commission to reduce its environmental impact, offer advice to class members and liaise with the wider sailing world.

They have developed a long list of actions event organisers and competitors can take to ‘green’ their events by reducing waste, reusing old materials and a specific commission which is partnering with MerConcept and Quantis to develop Life Cycle Analysis tools to examine ways to reduce the environmental footprint of the design, build, use and eventual end of life of boats. These will then be communicated in collaboration with La Vague, the Lorient-based eco-sailing collective.

Jean Lorre, Mini class president, said: ““Since its inception, sustainability and diversity have been integral elements. Female sailors have played a prominent role in the class and we actively encourage their participation and want to create role models for others to believe they could also take part and use our inclusive class and use it as a stepping stone to a professional career if they choose to.”