Skip to content
You are here
Home > LATEST > Can the new Class 30 One Design restart offshore club racing? 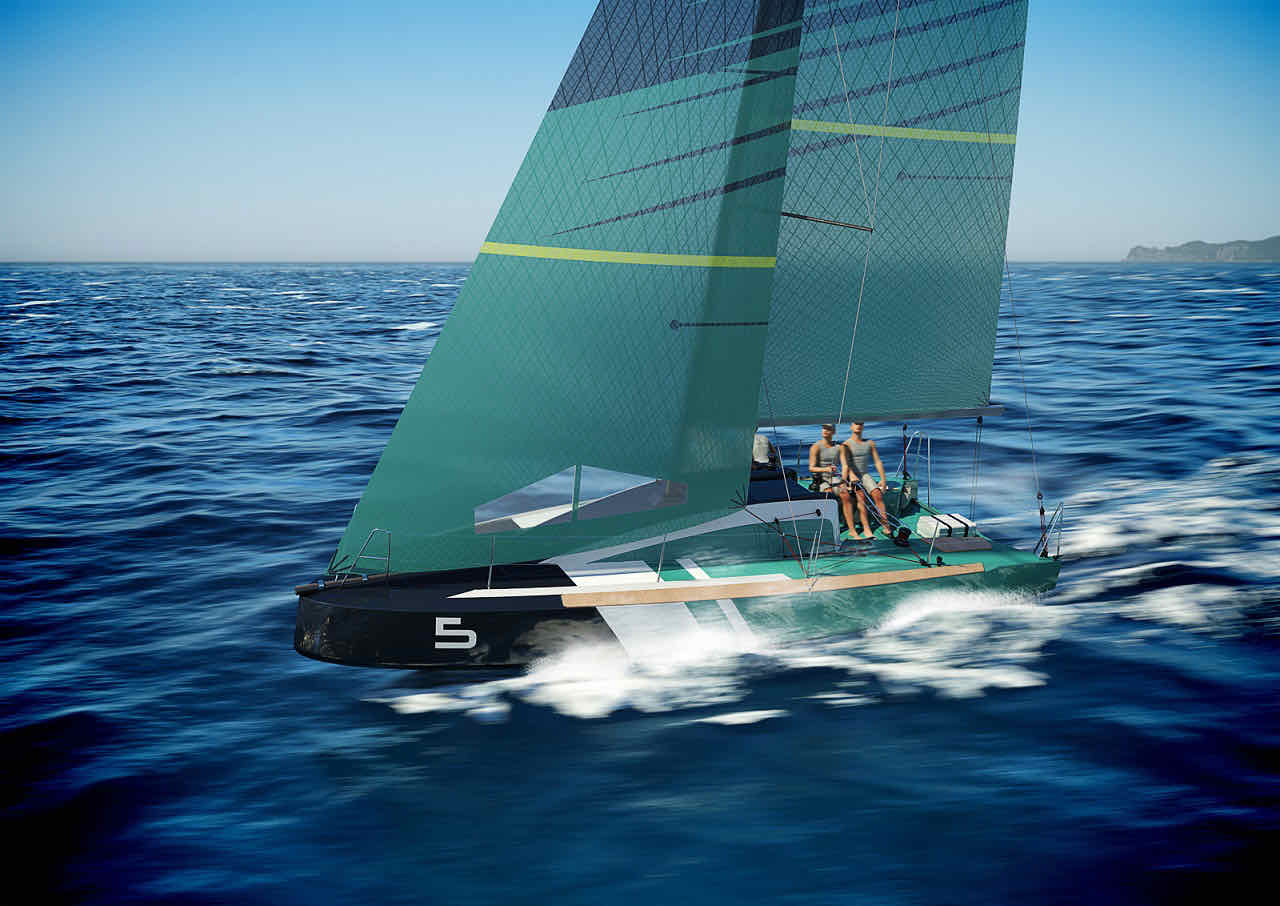 The competition’s key criteria were for a 9.0 to 9.6-metre one-design yacht, with a fun, modern and stable eco-design concept, that could be sailed by a crew of five or six people on multi-day races. A key tenet of the new design was a final budget that would be affordable to the majority of sailing and yacht clubs around the world.

Other key features of the new design were:

• A boat that is great to sail while seated comfortably at the helm or out on the rail, on a hull which is not too wet, with a large cockpit for carrying out manoeuvres in crewed format
• A powerful and versatile hull for a boat which is evolutionary on every point of sail
• A light, effective and accessible deck layout to prioritise dynamic trimming and favour learning within crewed sailing
• Significant focus on eco-design, with the overall consideration of the construction as well as the uses and manner of sailing

Designers were required to come up with two versions of their designs: a Class 30 Club edition with a particularly competitive ready-to-sail introductory price; and the full Class 30 One Design – featuring a carbon mast, upgraded electronics, and other performance enhancing features – geared towards owners keen to race in a one-design or IRC category.

An initial batch of 25 applications were submitted from designers all around the world. This list was pared down to eight designs – four French, two Italian, one American and one German – and then in July this year to a final shortlist of three, including:

• An Italian project conceived by Matteo Polli featuring an elaborate design based on a scow-type hull, built from bio-based materials and recyclable resins. This solution was judged to be highly innovative and attractive, however the lack of feedback regarding the use of such novel materials and their high cost put the application at a slight disadvantage.
• The proposal from Farr Yacht Design was based on the Farr X2 – a top-of-the-range boat dedicated to shorthanded offshore racing, the build process for which is just starting in the Philippines. Farr’s adaptation of this design for the Class 30 project brief had great appeal, however setting up a European-based production facility was adjudged to be a barrier in terms of expense.

The winning design from the VPLP / Multiplast partnership is a very modern looking yacht featuring the type of semi-scow bow that is becoming popular in the larger Class 40 fleet. The scow bow concept provides great stability and substantial dynamic buoyancy and the new design reportedly includes a powerful sail plan, highly refined ergonomics, an uncluttered yet well-equipped deck layout, together with a simple yet comprehensive interior structure.

VPLP will now begin a preliminary design study which is likely to last until the end of 2021. A scale model of the new boat will be on display this December on the UNCL Stand at the Nautic Paris boat show 2021. Based on keen interest from several enthusiastic owners the launch of the first production boats is scheduled for the fourth quarter of 2022.

In the meantime, once the cost of the Club version is confirmed the class will begin a search for financial partners or perhaps a title sponsor for the Class 30 as a whole. From autumn onwards, presentations of the Class 30 project are scheduled to do the rounds in various Clubs.

For more information about the Class 30 One Design email class30@uncl.com