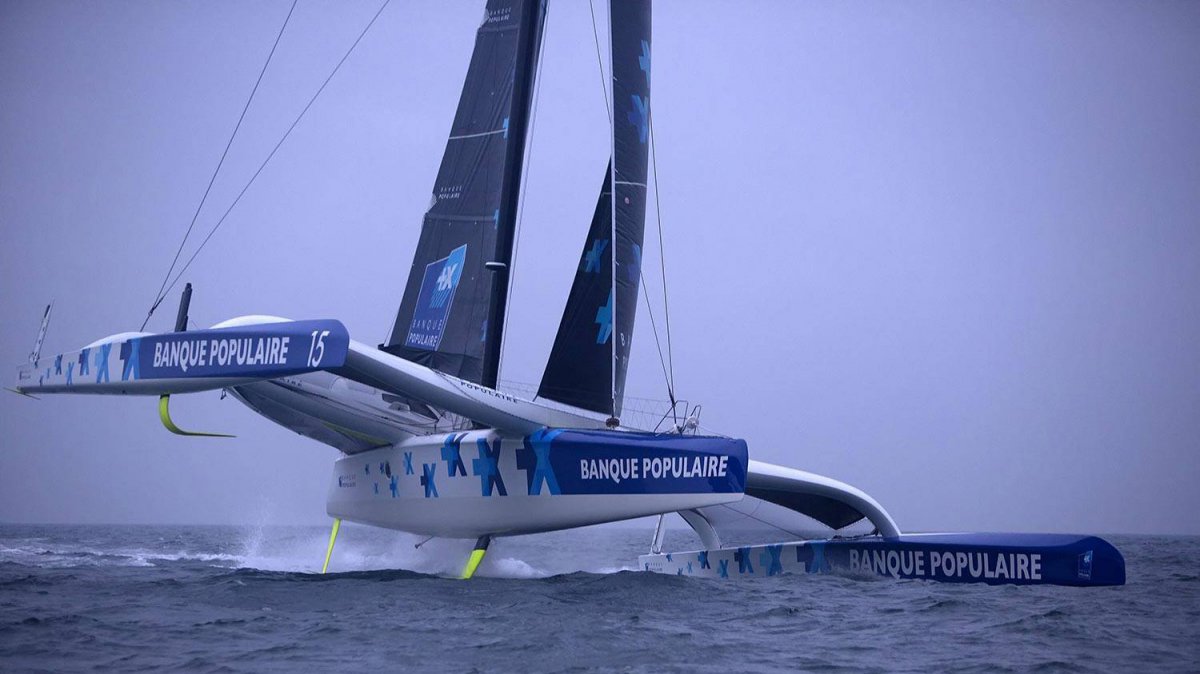 The Brest Oceans Race – the first ever singlehanded around-the-world multihull race – will set sail from Brest in north-west Brittany on 29 December 2019.

The simplified joint stock company Brest Ultim Sailing, the organising authority, presented a series of names to its shareholders to symbolise what is an event of exceptional sporting quality, whilst retaining its essential dream quality and its sense of adventure.

The addition of the name of the host city, “Brest”, and the term “Oceans” would seem to be the most symbolic. Indeed, the oceans, or the global ocean, make up the most limitless playing field there is and Finistère’s capital is to form the backdrop for both the start and the finish of this extraordinary event.

This confrontation between the most extreme multihulls(*) around the planet, with the most talented singlehanded sailors in the world taking centre stage, required an unquestionable key figure to take the helm of the sports management.

After a very competitive round of consultation, Jacques Caraës has been selected for both his proven expertise as a Race Director, his extensive marine experience, especially in the Southern Ocean, and the confidence he inspires in fellow sailors.

Finally, on land, the SAS Brest Ultim Sailing is also fleshing out its ranks.

Since 1 July 2018, Manfred Ramspacher has been assisting the contracting authority with Emmanuel Bachellerie, CEO of the company.

At the controls of the Tour de France à la Voile from 1997 to 2003, his many roles have included being in charge of the organisation of 2 consecutive Transat Jacques Vabres (2013 and 2015) and managing the Normandy Channel Race since 2010 and the GC32 circuit in France since 2014.

From 3 September 2018, Tiphaine Champon will join the organisation structure. Project coordinator alongside Emmanuel Bachellerie, in the past 15 years Champon has racked up a wealth of experience alongside sailors with hefty track records (Roland Jourdain, Michel Desjoyeaux and François Gabart), as well as within the ADH Inotec yard with Vianney Ancellin (creator of the Diam24).

For Emmanuel Bachellerie – CEO of Brest Ultim Sailing: “the founding stages have taken place one after the other, with equanimity and persistence, all tinged with a climate of proximity and favourable consideration with the local authorities of Brest, Finistère and Brittany. The next major meeting will take place on the main stage of the Nautic Paris boat show on 8 December 2018 at 15:00hrs, where the Notice of Race will be made public, registration will open and the first surprises will be revealed.”

For Patricia Brochard, President of the Ultim 32/23 Class: “These last few years of joint work have come to fruition fabulously through this race and we’re delighted to see this team being put together around personalities with a great deal of experience and the desire to work together around Emmanuel”.

For François Cuillandre, President of Brest Metropolis: “The various skill sets gathered together in this way, will make this long-awaited event a major new asset in the tourism development strategy and the international maritime dimension of the metropolis of Brest, as well the Finistère region and the whole of Brittany”.

* Multihulls adhering to the architectural criteria of the Ultim 32/23 Class. Giant trimarans or catamarans measuring 24 (minimum) to 32 metres long (maximum), 23 metres wide (maximum) with a mast reaching 120% (maximum) of the boat’s overall length.

One thought on “Brest Oceans Race: Ultim multihull around the world race to start December 2019”