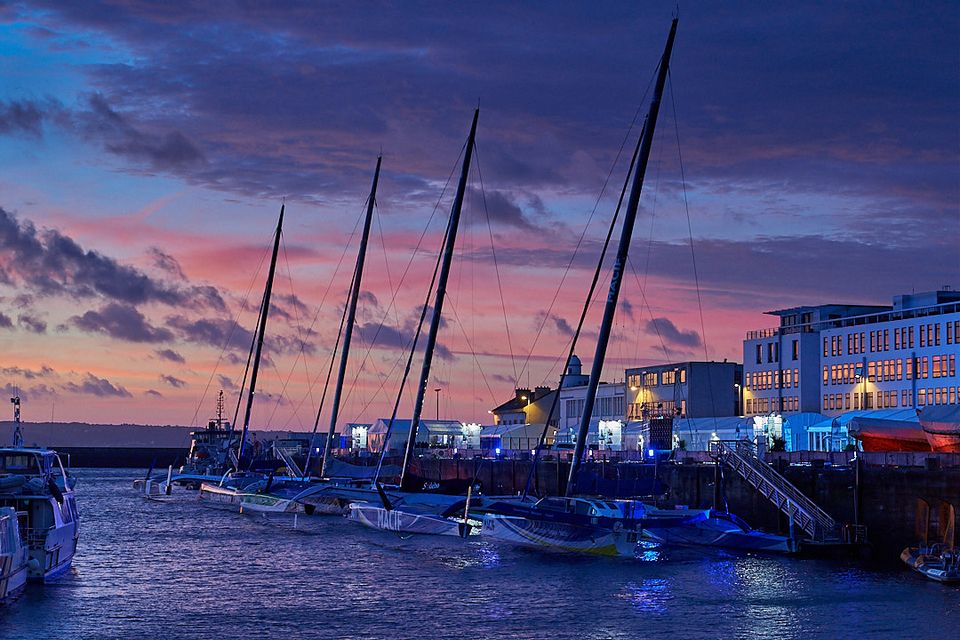 Faced with stormy weather conditions, the organisers of the Brest Atlantiques race have decided to postpone the start, initially scheduled for Sunday, November 3 at 13:02.

After having studied the evolution of the weather situation over the past few days, the organisers of Brest Atlantiques, in agreement with the sailors and owners, have decided to make official this Thursday the postponement of the race, initially scheduled for Sunday, November 3 at 13:02 from Brest.

“A strong gale is expected from Friday evening until Sunday afternoon, generating very heavy seas in the Bay of Biscay with 8 metre waves forecast, it was not reasonable to launch the “Ultim” trimarans in these conditions,” said race director Jacques Caraës.

Managing Director of Brest Ultim Sailing, the organising company of Brest Atlantiques, Emmanuel Bachellerie added: “We naturally regret being forced to postpone the start, for local authorities, for owners, for the public and especially for sailors who were preparing to leave, but it was not possible to do otherwise, it is the nature of our sport. Taking the maximum precautions for the safety of the sailors and the integrity of boats is the top priority.”

Mayor of Brest and President of Brest Metropole, François Cuillandre, who has been kept abreast of the evolution of the weather situation since the beginning of the week, shows total solidarity with this decision to postpone the start: “There was no other solution and it was out of the question to put sailors and their boats at any risk. The crowds that have flocked to the village since it opened last Saturday which illustrates the very strong link that unites the people of Brest to the world of ocean racing and I am convinced that they will be present in large numbers to encourage the skippers on the day of the start of the Brest Atlantiques.”

The date of this departure will be announced as soon as possible by the organisers, who are closely following the evolution of the weather situation: “We will take the first available window,” concludes Emmanuel Bachellerie.