Skip to content
You are here
Home > Recommended > Brest Atlantiques: Foot on the brake 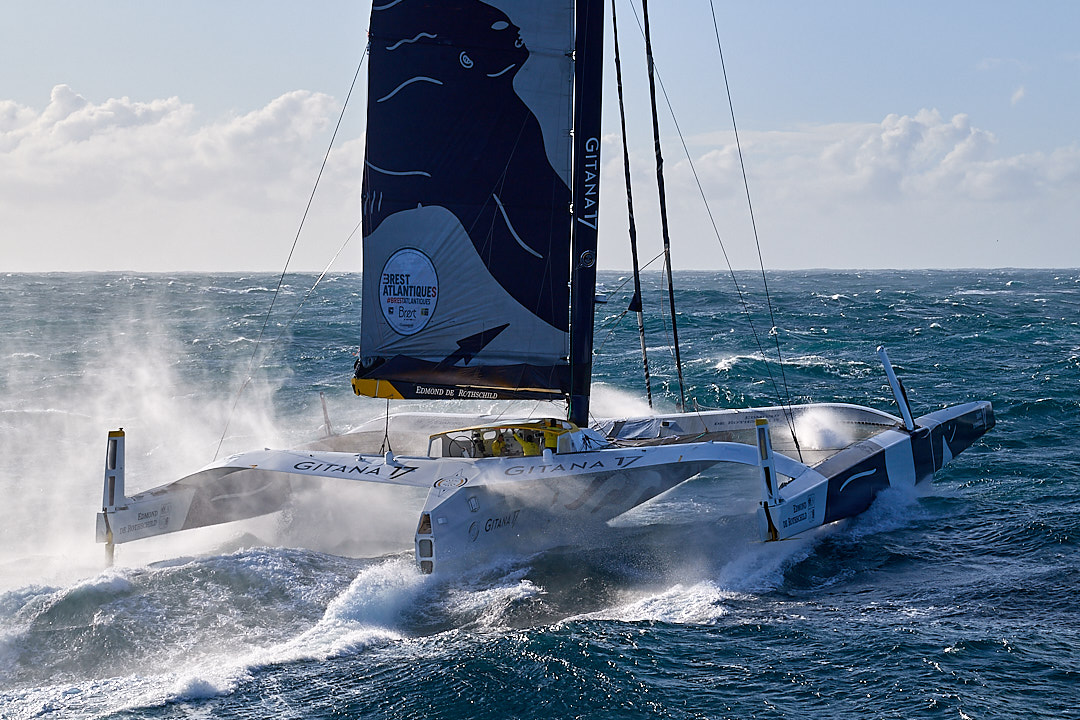 Despite having completed 740 miles in the first 24-hours of the race the skippers of the four-boat Ultim 32/23 fleet competing in the Brest Atlantiques race all say they have been reining their trimarans back for fear of damage so early in the 14,000-mile open ocean marathon.

Despite keeping one foot on the brake, nevertheless the frontrunners have still been averaging around 30-knots of boat speed so far and are now almost level with Lisbon, Portugal.

“It’s the first time in my life I have been trying to slow a boat down rather than accelerate,” said Gitana 17 co-skipper Charles Caudrelier with a wry smile.

Hear more of what Caudrelier has to say after the opening day of his first major Ultim race and get a feel for life on board the monster multihull in this video from on board reporter Yann Riou.