Skip to content
You are here
Home > Recommended > Brest Atlantiques: Cammas and Caudrelier victorious after nearly a month at sea 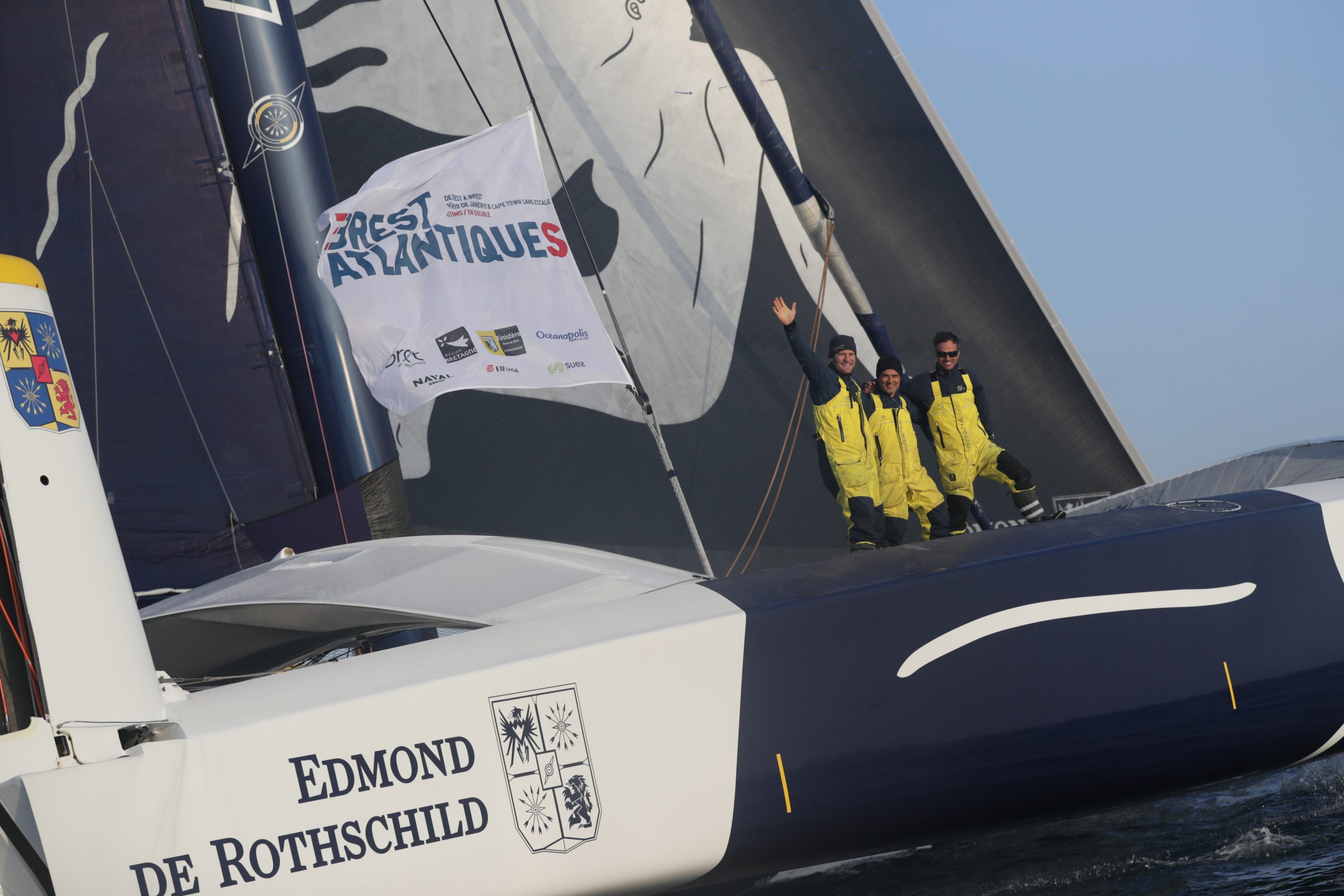 After 28 days, 23 hours, 24 minutes and 46 seconds at sea, Franck Cammas and Charles Caudrelier, accompanied by their media man Yann Riou, are the winners of Brest Atlantiques race.

They crossed the finish line this morning at 10:24:46am (local time), sealing the first major offshore victory for Maxi Edmond de Rothschild, after covering a total of 17,084 miles at an average speed of 24.57 knots.

Having left Brest on 5th November in difficult conditions, Franck Cammas and Charles Caudrelier returned to the port city this morning in much calmer ones: a flat sea, a light easterly breeze and a rising sun, having made a series of tacks in the final hours of the race.

The two skippers took the helm of Maxi Edmond de Rothschild at the end of April this year, and secured their first victory in the Fastnet this August, a race that allowed them to gain confidence in sailing this Ultim trimaran. Winning the Brest Atlantiques is another important victory, especially on a race which, because of its duration, format and route, was a real leap into the unknown for them and their fellow competitors.

As the first to gybe along the Moroccan coast, Franck Cammas and Charles Caudrelier have been continuously in first place from the second night onwards, apart from the 13 hours and 40 minutes during which they stopped in Salvador de Bahia for repairs. It only took them two days, however, to get back in the lead. That’s about 25 days as the frontrunners out of almost 29 in total. 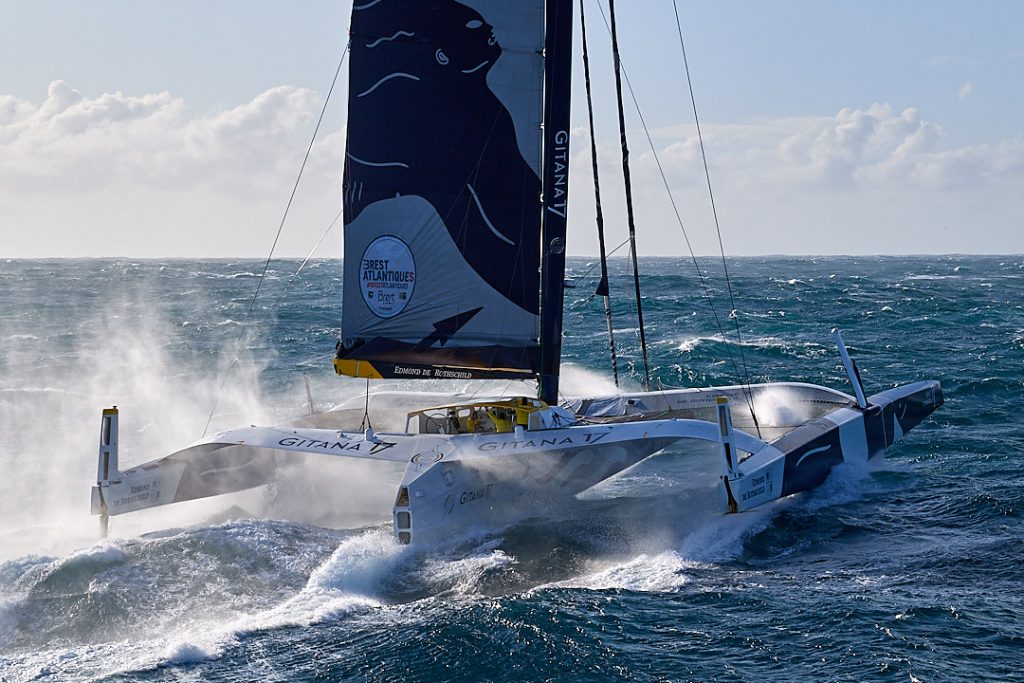 The recipe for their success? Firstly, their trimaran, which after more than two years of development, is now the standard for the Ultim fleet, and the first that has been specifically designed to fly offshore; and secondly, the sailors, Franck Cammas and Charles Caudrelier, who at 46 and 45 years of age respectively, are incredibly adept with handling this boat, thanks not only to their experience with offshore trimarans but also their talent as sailors (Cammas was chosen as Sailor of the Year in 2012 and 2013, and Caudrelier in 2018).

In addition to their one-hull victories (winning the Solitaire du Figaro once each, the Volvo Ocean Race together in 2012 on Groupama 4, and Charles Caudrelier claiming victory as the skipper of the Dongfeng Race Team in 2018), they have also sailed and won a great deal on three hulls, before joining Gitana’s offshore racing team last April. Franck Cammas won the Transat Jacques Vabre three times on Orma, as well as the Jules Vernes Trophy and the Route du Rhum in 2010 on the maxi Groupama 3. While Charles Caudrelier won the Transat Jacques Vabre in 2013 on the MOD70, already as part of team Gitana.

This experience and understanding of trimaran racing has allowed the skippers to sail the Maxi Edmond de Rothschild to its full potential at multiple moments over the course of the 17,084 miles covered (the direct route is 13,752 miles), with an impressive average speed of 24.8 knots.

Yesterday, Franck Cammas said: “The oceans get smaller when you’re sailing this kind of boat, and this race was a great opportunity to test it out. We saw what could break, what parts of the boat tired out easily, and so we now know what to improve on. It was a really interesting race, especially for preparing to go around the world”.

This is indeed now the next challenge which lies in store for Maxi Edmond de Rothschild and the other trimarans in the Ultim 32/23 class.