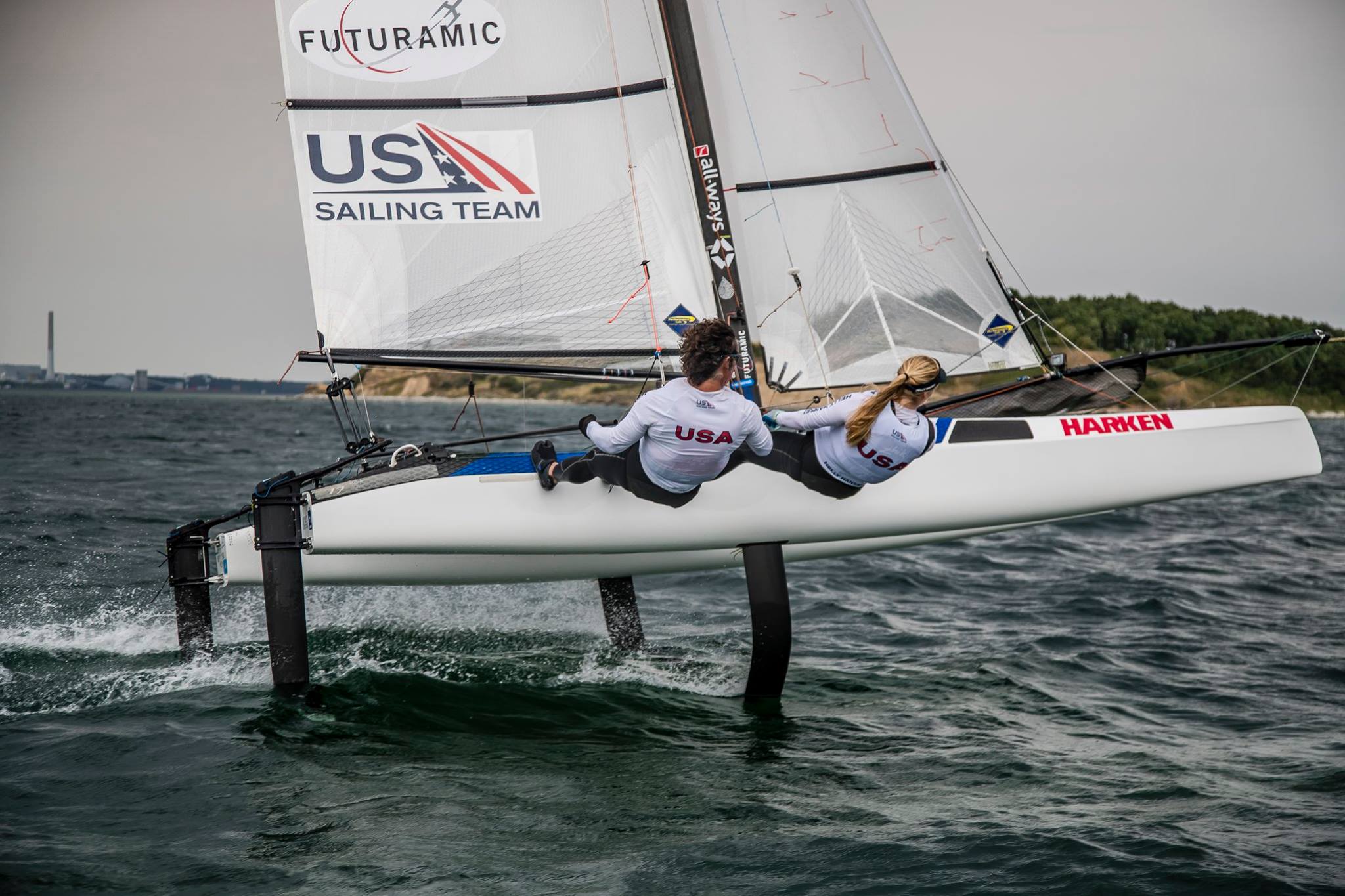 US Sailing Team Nacra 17 campaigners Bora Gulari and Helena Scutt have unexpectedly ended their campaign for selection for the Tokyo 2020 Olympic Games.

The pair – who both separately competed at the Rio 2016 Olympic Games – made the announcement on their team Facebook page:

“With heavy hearts we have ended our Gulari Scutt Tokyo 2020 Olympic campaign,” the post read.

“For various reasons we couldn’t be at the top of our game on all fronts. Our results were improving, but not at the rate we wanted them to, and we were not enjoying the process enough to continue this fight to gold in 2020 together.”

The pair had showed plenty of promise early in their campaign and looked the most likely team to be awarded the USA Olympic berth for 2020. They suffered a setback in August 2017 when Gulari suffered a serious hand injury during a training incident while preparing for the Nacra 17 World Championship in La Grande Motte, France.

Gulari lost part of three fingers on his right hand during a high speed capsize in strong wind conditions at the world championship venue.

“We are proud of our resilience and continuing recoveries from our serious injuries early on. However, carrying on the pursuit of gold together with anything less than our full energy, time investment, and focus is not an option,” the sailors said in their farewell Facebook post.

Gulari has an aerospace engineering degree and is known as one of the United States’ most talented and technically astute sailors. He has two foiling Moth World Championship titles, and with Louisa Chafee crewing finished eighth in the Nacra 17 class at the Rio 2016 Olympic Games.

Gulari also sailed as stand-in helmsman aboard the Quantum Racing TP52 on the 2017 52 Super Series and was selected for the later-aborted Italian Luna Rossa campaign for the 35th America’s Cup.

Earlier this year Gulari was named as one of the four helms/tacticians on the New York Yacht Club’s American Magic America’s Cup campaign.

Neither sailors have revealed any indication of what their immediate plans might be.

“Neither one of us is ready to announce next plans, as stepping away from this venture is not something we take lightly,” they said in the Facebook joint statement.

In the post Gulari and Scutt thanked their sponsors, supporters and their coaching team, before concluding with:

“It is an immense honor and a privilege to have had your support. We are overwhelmed with gratitude, humility and appreciation as we each look to the next chapter. Thank you,
​Helena & Bora.”