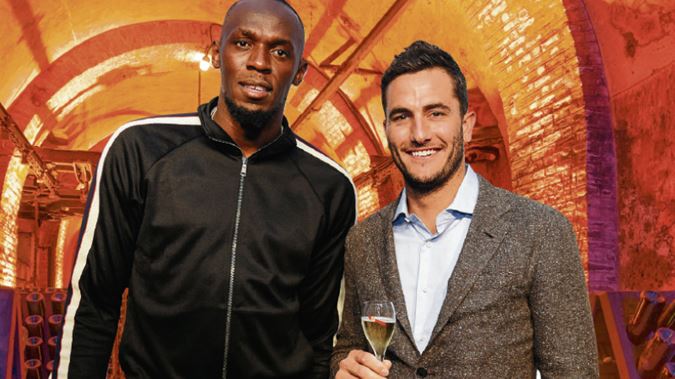 Emirates team New Zealand sailor Tuke joined his hero Bolt in France at the La Maison Mumm facility in Reims to make a series of short films about his sailing career and wide ranging achievements.