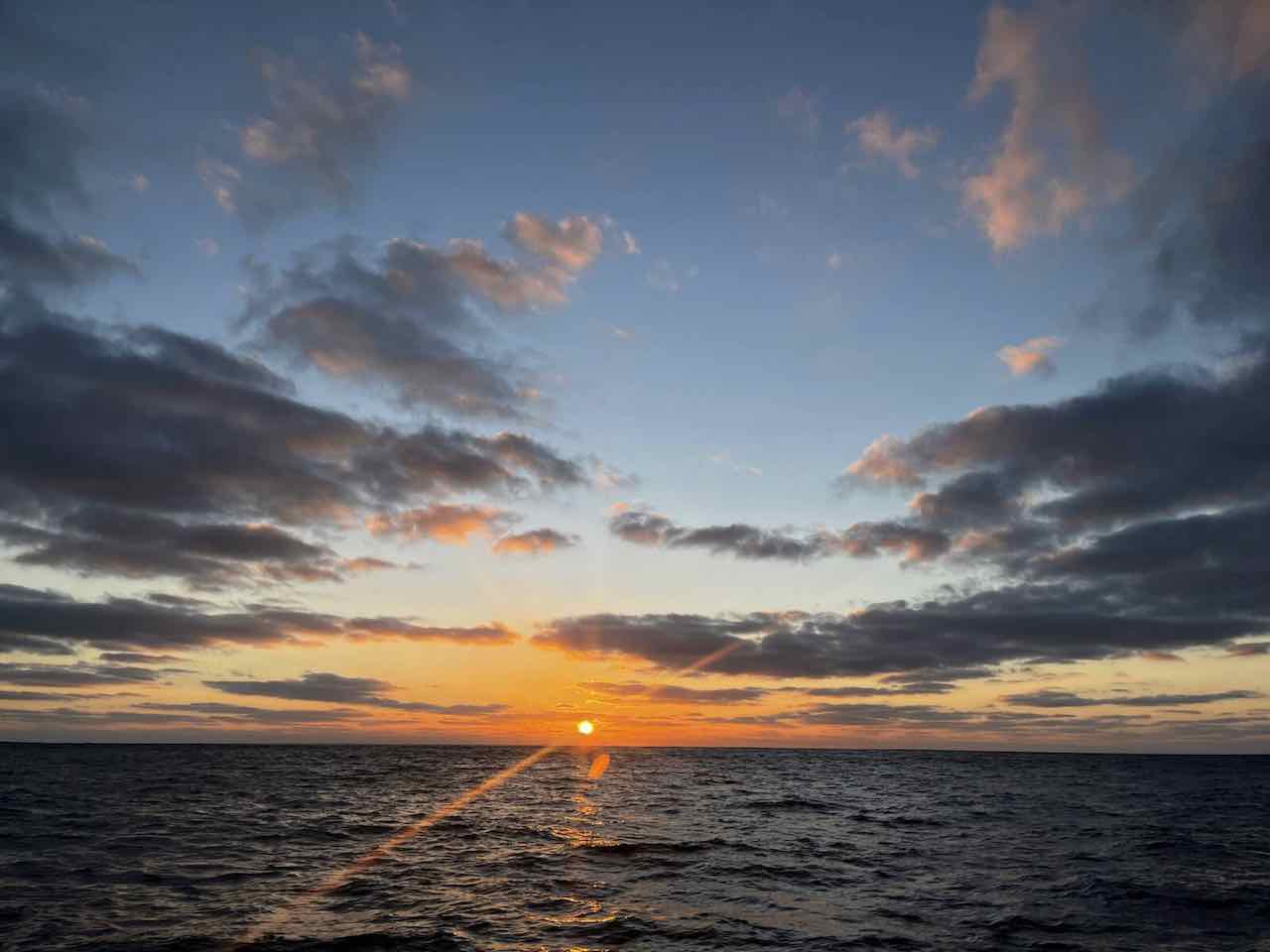 The four different boat classes are now heading across the Atlantic, battling for a podium finish in this year’s Transat Jacques Vabre. Meanwhile, back in the French home of the race in Le Havre, after dismantling the race village, organisers are compiling a report on its environmental impact.

The first carbon emissions report for the French event was compiled in 2007, a time when the vast majority of global sporting and sailing events hadn’t even begun to consider ‘sustainability’ within their operations.

Fast forward 14 years and the biannual coffee route race is taking its mission beyond just delivering an environmentally friendly event by using its influence and infrastructure to create a ripple effect to encourage others to become more sustainable.

As part of the sustainability strategy, all race village vendors signed a charter committing to adhere to a set of principles that outlawed plastic, source local and vegetarian food options. The sailing teams also had to commit to increase their use of on-board energy from renewable sources and scrutinise the materials they used to maintain their state of the art sailing boats. The teams were also given free public transport passes to encourage ‘soft mobility’.

Crunching the numbers to determine what they’ve used will help set a new baseline for the race as part of a longer-term strategy to move towards carbon neutrality by 2025.

Emilie Llorens, sustainability manager at the TJV, said: “Our aim was to assess where we could reduce our footprint through race operations but also try to empower everyone the race did, or could touch, in some way.

“We worked with on-site vendors and all the sailing teams to ensure they understood and were aligned with our mission this year and were on board with our direction of travel over the next editions. We’re building a community of engaged and motivated partners within the event to not only deliver our 2025 goal, but, as part of the wider movement, help deliver a low carbon future”

Organisers were keen to partner with local government and institutions as part of the community engagement vision. An innovation challenge, open to start-ups and students, showcased projects that would have a positive impact on the earth with a particular focus on the oceans, whilst a one-day conference on the harbour side showcased cutting edge and best environmental practice within the marine industry.

All challenge winners are to be supported by race stakeholders and receive mentoring from French Tech, a national start-ups movement. Start-up winner Maloric is developing giant kites for fishing boats with the aim of reducing their CO2 emissions. They are now looking to work with the fishing industry and marine colleges to progress the work. Other winning projects included a machine that can transform scallop shells into bio-waste, and a more efficient system to detect water leaks in buildings.

The impact of the challenge extended to Martinique, where the race finishes, with two winners from the French overseas territory selected. The Woulo Project uses a system of buoys to transform wave power into electricity and H2S Sargassum transforms sargassum algae, which since 2011 has spread significantly across the Caribbean, into household products.

Promoting diversity within the sport the “Cap pour elle” competition, launched on International Women’s Rights Day, offered financial support so two women could take part in the Class 40 category for the first time. Following a vigorous interview process, it was won by twins Julia and Jeanne Courtois who are competing in Saint James – Biscuiterie de l’abbaye.

With the Le Havre race village open for two weeks, it’s estimated that nearly half a million visitors had the opportunity to get up close to the sailors and 79 boats in the city’s Bassin Paul Vatine. Official Race Partner, 11th Hour Racing enhanced their experience through a range of initiatives.

Additionally, as it did in 2019, 11th Hour Racing supplied Bluewater refill stations throughout the race village to encourage people not to buy single-use water bottles. This resulted in the equivalent of over 7,500 plastic bottles not being used.

Jeremy Pochman, co-founder and CEO of 11th Hour Racing, said: “We are delighted to see the Transat Jacques Vabre is building on its pioneering role to reduce its environmental footprint since 2007 and is committed to being a leading voice in the conversation about sustainability.”