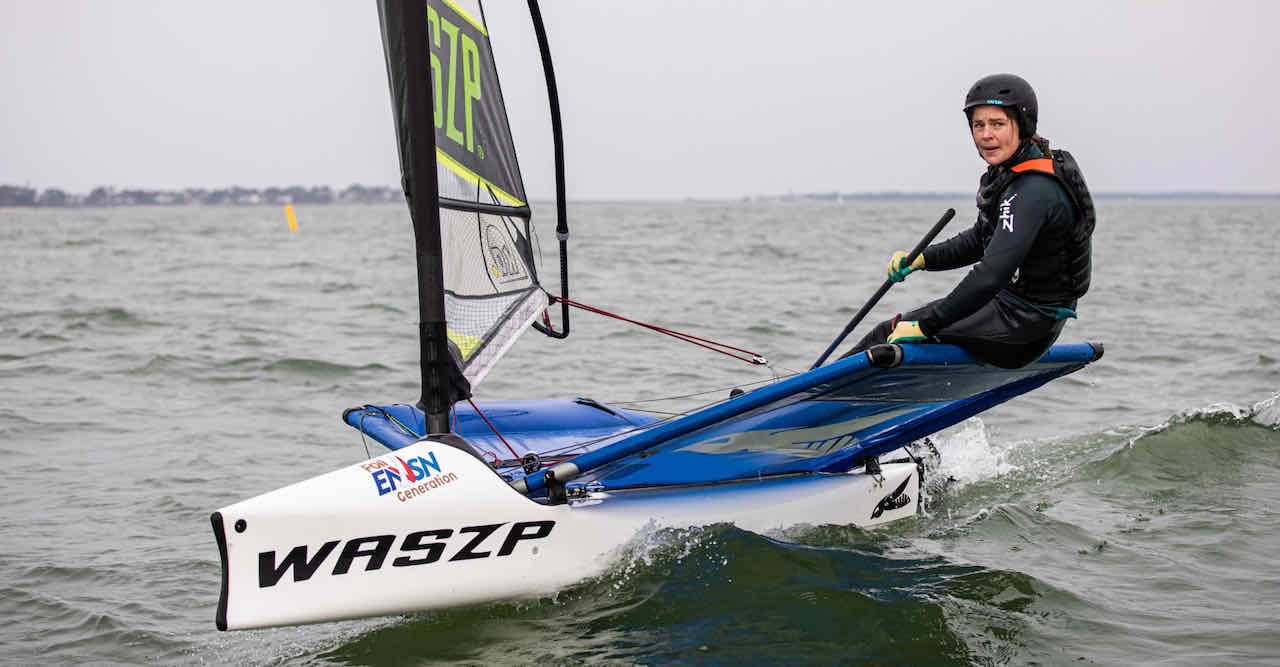 Denmark SailGP Team presented by Rockwool has completed a unique selection camp aimed at accelerating the inclusion of female athletes in SailGP.

The trio were joined by experienced match racers Trine Abrahamson, Iben Nielsby-Christensen and Ellen Schouw Nielsen. At 20, Schouw Nielsen was the youngest triallist to take part, having originally connected with the team via the #ROCKTheBoat Academy sessions held by Rockwool in Copenhagen and Aarhus last summer.

After busy days both on shore and on the water, Denmark SailGP Team helm Nicolai Sehested said he was delighted with the calibre of the athletes at the camp.

“It’s been a really fantastic weekend,” he said. “We’re very happy with what we’ve achieved. It’s a tough decision, as all of the athletes are very talented, have great skills, and would add value to our team.

“We need to take some time to think, and make the right decision for both them, and the team as a whole. We will take our time in that process to ensure that we make the right choice.”

The weekend was a new experience for most of the female athletes, who were given a chance to test out their individual foiling skills on WASZP boats, and also sail onboard the ETF26 – a small foiling catamaran, used by Team Rockwool Racing in the ETF26 Series last year.

“The WASZP is a really fun boat, it’s very alive, and it’s a really cool experience when you get up on the foils and you can use the rake on the rudder,” explains Buhl-Hansen, who represented Denmark in the RS:X windsurfing class at the 2016 Olympic Games.

For Rindom, who was named World Sailor of the Year in 2019, the camp provided an opportunity to experience different types of boat – and, for the first time, racing as part of a team, rather than single-handed.

“I feel like I’m developing so fast,” she said. “That feeling of development and learning something new is so great.”

The athletes also took part in team-building sessions, fitness tests and tactical analysis workshops during the camp in France.

Katja Salskov-Iversen, who claimed an Olympic bronze medal at Rio 2016 alongside her 49erFX partner Jena-Mai Hansen, believes that a thorough selection process is necessary to ensure the right fit for both the candidate and the team.

“I really think that it’s a good step forward for SailGP to include female sailors. I think it’s necessary to push for gender equality, and I’m happy about that.

“I think it’s good that this process is in place, and that it’s a long process. It shows that the team is trying to find the best person, and slowly bring them into the role, to get the best for the team overall.”

The full Denmark SailGP Team presented by Rockwool roster for SailGP Season 2 will be revealed in the coming weeks.

The SailGP season commences on April 24-25 with the Bermuda Grand Prix presented by Hamilton Princess.