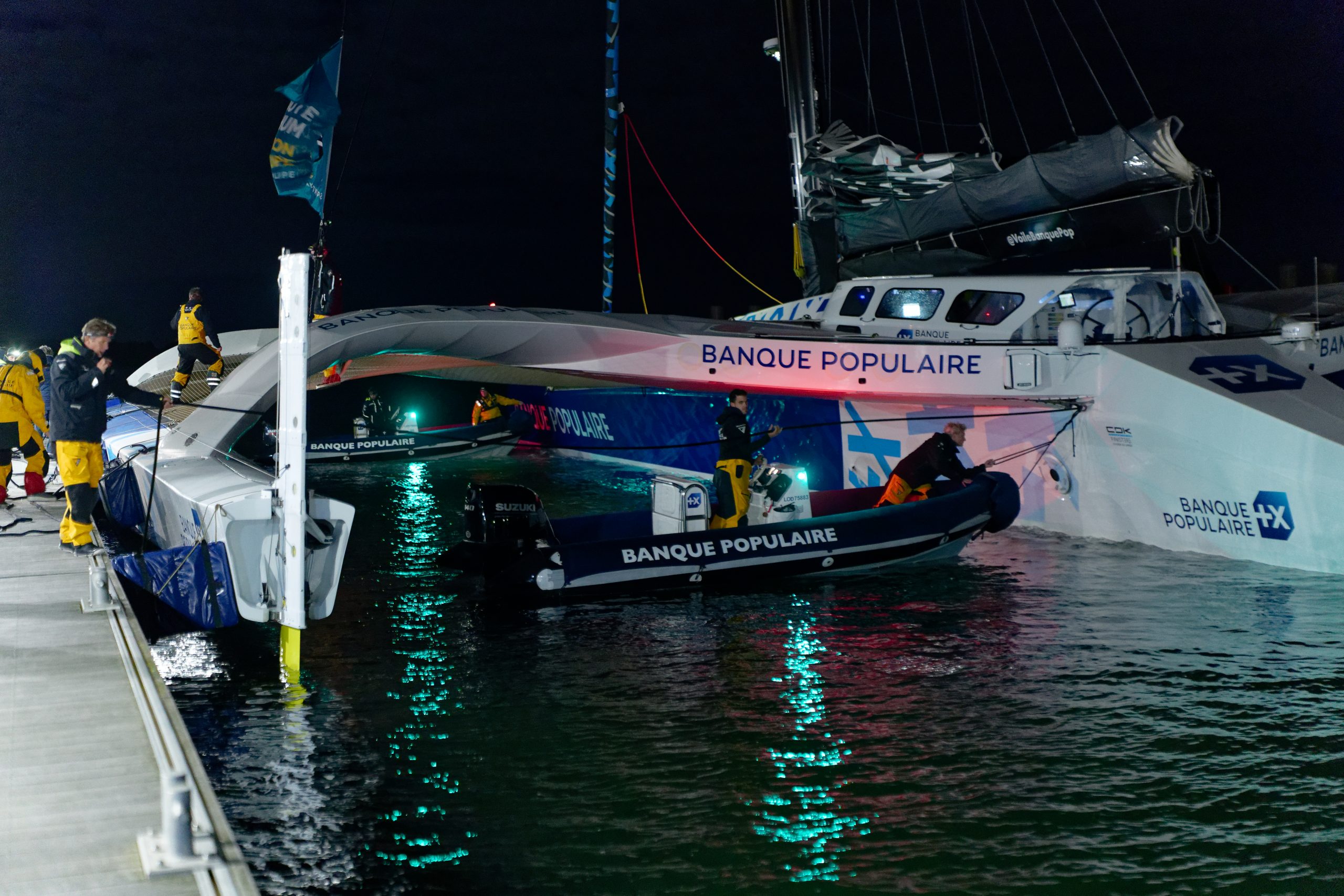 French solo skipper Armel Le Cléac’h is in a race against time to try to get his Ultim multihull Maxi Banque Populaire XI back in the Route du Rhum singlehanded transatlantic race after snapping a daggerboard yesterday less than 24 hours into the race which started from St Malo, France on Wednesday afternoon.

Things were going well on board until early on Thursday afternoon Le Cléac’h heard a “big crack” and then saw parts of the foil disappearing behind the boat.

After notifying his shore team the French skipper broke off from the race and headed to Lorient – the team’s home port – where he arrived at 2300 that night. Once the boat was docked the shore team wasted no time to be poring over the boat to assess the damage and what the chances are of Le Cléac’h completing the transatlantic passage to Guadeloupe.

The Banque Populaire skipper confessed to being puzzled by the foil failure given the relatively benign conditions he had been sailing in when it happened.

I was upwind, there was a little sea, a little wind but it was manageable, passable,” he said. “We had sailed in much more difficult conditions with this daggerboard. Today, I cannot explain what broke, what happened.”

Le Cléac’h revealed that when the foil broke it had been into several pieces and these had impacted the central hull in several places. Some of the pieces “went completely through the hull”.

The team believe they have a weather window until Saturday evening during which time they could safely restart the race in suitable conditions.

“After which there will be deteriorating conditions again,” Le Cléac’h said. “We give ourselves 48 hours to eventually set off again on this Route du Rhum and finish this beautiful story – even if it is not as beautiful as we imagined.”