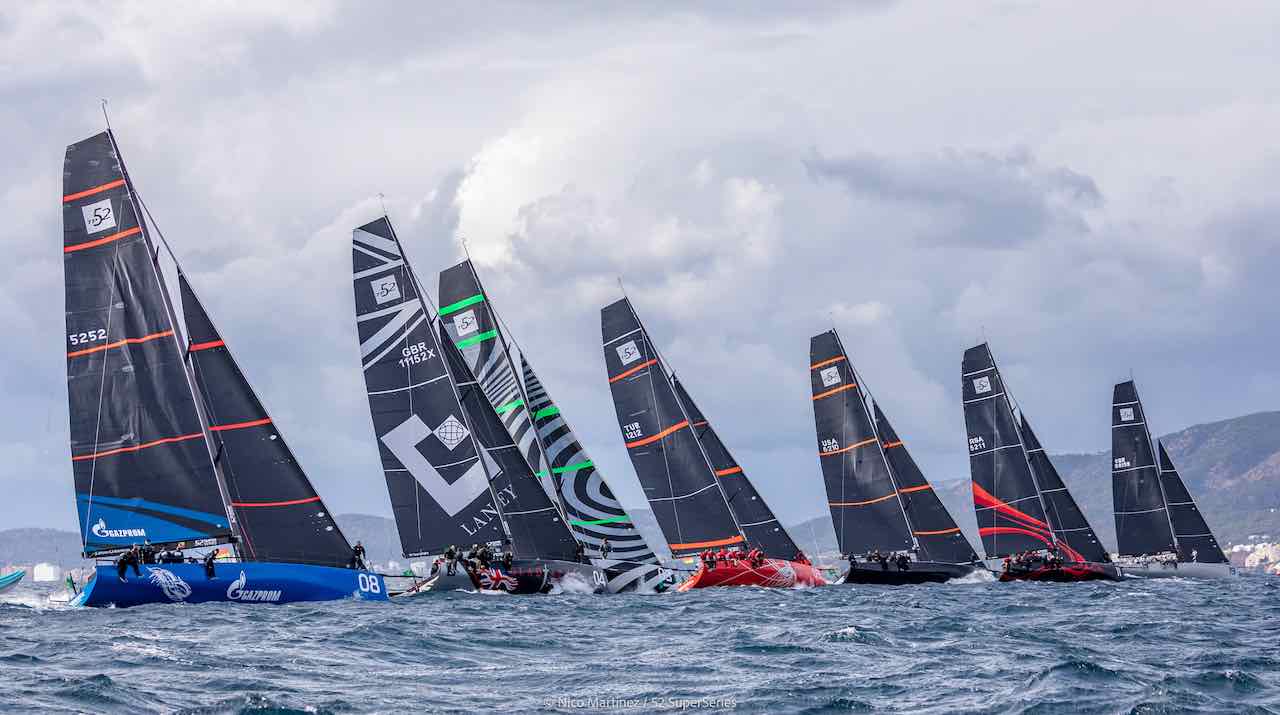 The 52 Super Series, the world’s leading grand prix monohull circuit, will mark its historic tenth year of continued success with an exciting five regatta season which will open in May at a beautiful venue which is new to the circuit, Baiona in North West Spain and conclude in October in Barcelona – back where the circuit first kicked off in 2012 when five TP52s raced.

After a 2021 circuit limited to three events in three months the 2022 season is planned around a mix of new venues, solid, dependable favourites and a celebratory return to the Catalan capital where the season’s title will be decided and a glittering end-of-season 10th Birthday Party is already being planned.

The wild and beautiful Galician coast off Baiona will raise the curtain on what promises to be a hotly contested 2022 season. The historic Monte Real Club de Yates de Baiona will host the class for the first time and promise a very warm welcome.

On the race course a good range of conditions are expected in May, the prevailing winds usually being north easterly around 12-16 knots, the race area located on the edge of the reliable Portuguese trade winds which blow down the Atlantic coast of the Iberian peninsula.

“This is one of the most important circuits in the world of sailing and so we are very proud to have managed to bring it to Galicia,” said the president of the MRCYB, José Luis Álvarez.

“For several days we will be the focus of international attention and this will have a very positive impact on the club and everything around us. People from all over the world will see the spectacular racing arena that Baiona and the Rías Baixas offers. And visitors, owners and teams will discover everything that is different and wonderful about Galicia in terms of tourism, gastronomy, culture and sports.

“Baiona 52 Super Series Sailing Week will be a good early season boost to the local economy, and to attract fans and introduce the area to the wider world of sailing. It is an event that will go down in the history of Galicia and comes at a special time in the Xacobeo Holy Year ”.

In June the circuit’s second regatta will be the Rolex TP52 World Championship on the Atlantic waters off Cascais.

It will be the sixth time the 52 Super Series has been to the Portuguese venue which has pretty much always delivered spectacular conditions, open seas with surfing waves and brisk winds, providing some of the most memorable racing of recent years and some of the most inspiring action images, exemplifying TP52 racing at its best.

“Unfortunately we could not run the scheduled event in 2021 so it is pleasing the circuit has honoured that commitment and return with the Rolex TP52 World Championship,” said Gonzalo Esteves, president of the Clube Naval de Cascáis.

“For the club, the World Championship is the most important event, the jewel in our season here which is stacked with great events. In fact we have virtually four months with back to back regattas in our waters. But the 52 Super Series event is going to be the most important moment of the year for us.

“I think running the event in June will be a success because it is the month that always guarantees us wind but with lots of sunshine, great light and long days.”

High summer on the Bay of Palma and it is Puerto Portals which will host the third event of the season.

The well appointed marina is well established as the most popular summer venue offering great racing in the reliable sea breeze on the water, a great secluded, sheltered sailors lounge while the race fleet takes pride of place. Puerto Portals knows how to welcome the class and there are usually a few parties and glamorous social functions to be seen at.

In 2017 the race track proved open and challenging with good range of wind conditions whilst the competition area enjoys a beautiful scenic backdrop. Ashore, the facilities in the marina are second to none whilst owners and crews have enjoyed the range of regional dishes and wines.

But the return to Barcelona is a move which has been widely applauded. Of course it is where the 52 Super Series began, rising from the ashes of the MedCup at the Trofeo Conde de Godo in May 2012.

So there will be double cause for celebration – marking the longevity of the circuit and the gateway to the next 10 years, as well as celebrating the season’s champions. Racing in late October ashore there is loads of activity in the vibrant city which remains popular year round with tourists.

Owner of the Barcelona based TP52 Blue Carbon Tony Guiu is a member of the Board of Directors of the Real Club Náutico de Barcelona.

“Having it in Barcelona where it will have a high profile in the heart of the city of Barcelona will be a unique opportunity. And of course it is the decider, the last regatta will give it it a real global prominence. The city can meet all expectations and ensure that the final party is nothing less than fantastic ”.