Skip to content
You are here
Home > Editorial > Bad breakup… 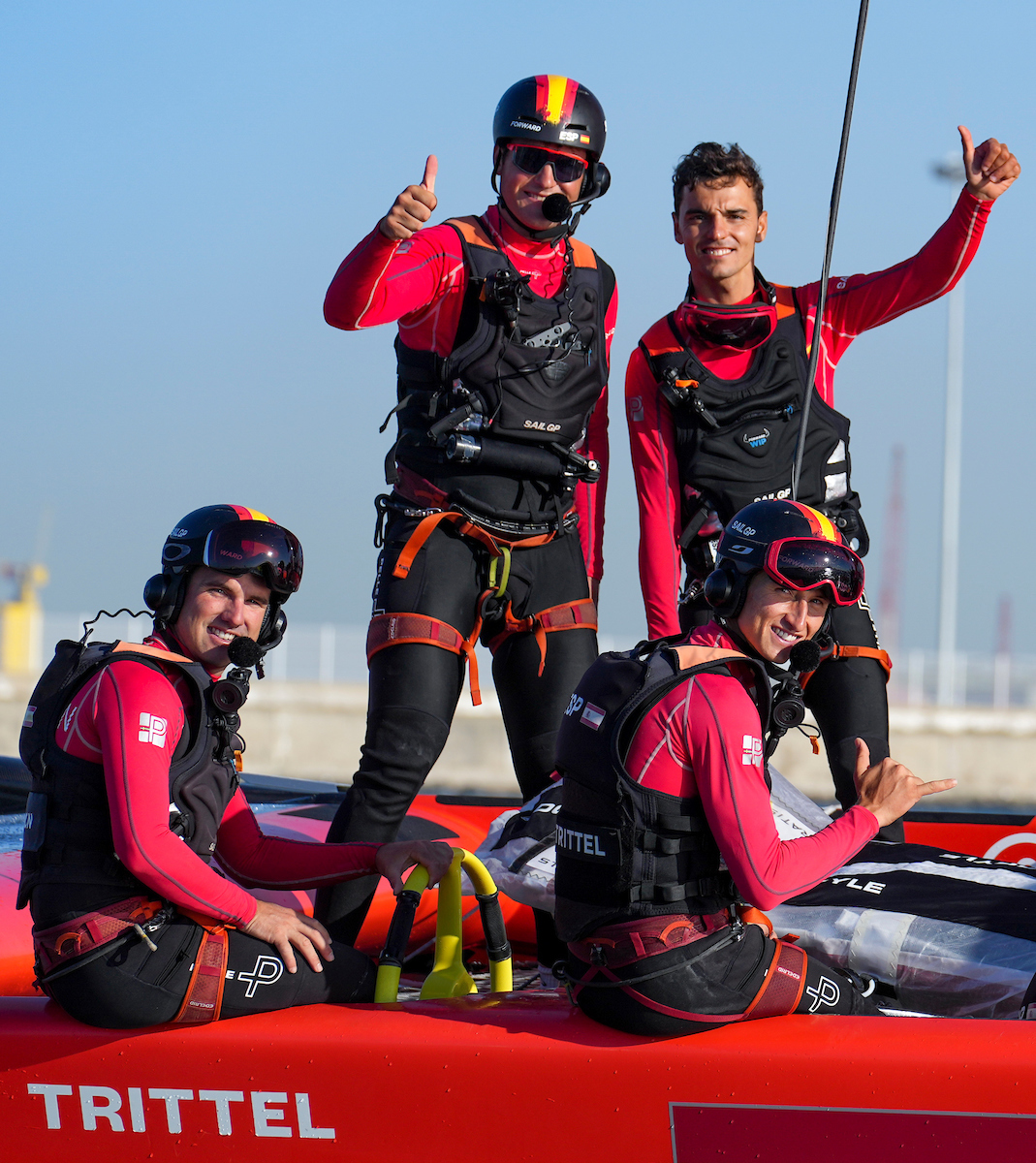 Breakups are never easy and they are even more troublesome when they are played out in the public eye – as was the case with New Zealand skipper Phil Robertson’s unexpected departure from the Spanish SailGP Team on the eve of the international circuit’s Season 2 finale in San Francisco this weekend.

When Spain joined SailGP at the beginning of its second season they did so as a developing nation and so were eligible to draft in the experienced Robertson to help them get up to speed on the complex F50 foiling catamarans – a role he had previously fulfilled in SailGP’s inaugural season with the Chinese team.

The Spanish squad is a mixture of experienced Olympic campaigners and talented big boat sailors and under Robertson’s tutelage they quickly  melded into a potent force capable of mixing at the front of the star-studded SailGP fleet.

Over the eight events around the world in Season 2 they finished on the podium three times and sat in fourth place in the overall rankings going into the season finale in San Francisco this weekend.

Robertson was due to finish the season with the Spanish before moving on to lead the newly announced Canada SailGP Team in SailGP Season 3 which begins in Bermuda on May 14-15.

Interviewed on The Yacht Racing Podcast a few weeks ago Robertson said he was excited to try to round off his stint with the Spanish on a high note with a good performance at the US event. He even believed that, given the rights circumstances, the team could break into the top three positions which would earn them a place in the final winner-takes-all race for a one million dollar prize.

But when the Kiwi sailor arrived in San Francisco keen to get out on the water for some precious pre-regatta training ahead of this weekend’s event, the team broke the news that he would only be allowed three hours at the wheel of the boat, with the rest of the time going to 470 Olympic Bronze medalist Jordi Xammar who will helm the Spanish boat in Season 3.

Robertson voiced his concerns that limiting his on the water time so much would leave him compromised from a safety and performance point of view. But the team refused to budge leaving Robertson feeling he had no other option than to lose the team.

While disappointed with this turn of events Robertson opted to take a pragmatic approach to it all.

“We took this team from zero experience to somewhere near the top of the leaderboard, and unfortunately the team has decided that they want to focus on next year and move on,” he commented.

And that should have been pretty much it. You would expect the Spanish team to issue an official announcement thanking their ex-skipper for his guidance and input and congratulating him on getting them so far up the rankings on the eve of the final event.

But the team took a very different approach, choosing instead to openly criticise Robertson and accuse him of not being a team player.

Spain SailGP Team CEO María del Mar de Ros said: “The thing is that Phil, he feels he is superior in some sort of way, and that they [the crew] are kids. In fact, in one of the episodes [of Racing on the Edge] he was calling them ‘a bunch of kids’.

“Maybe if he felt more cohesion with the rest of the team, the decision would have been a bit different.”

This surprising attack comes across as nothing more than churlish and unnecessary and very much paints the Spanish team in a bad light.

A disgruntled Robertson took to Facebook this morning to respond.

“I’m really guttered to not have the opportunity to finish what I started with the @sailgpesp team this weekend,” he wrote in the post which featured a photo of the Spanish F50 sporting a badly damaged wing after a crash at the Cadiz event last year.

“For a professional sports team to “focus” on the next season instead of fighting for the current season championship baffles me and always will,” he went on. 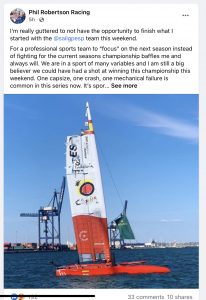 “We are in a sport of many variables and I am still a big believer we could have had a shot at winning this championship this weekend. One capsize, one crash, one mechanical failure is common in this series now. It’s sport after all, anything can happen, especially in San Francisco Bay.

“I sunk my heart and soul into this team. I taught them all I know and got a very young and inexperienced group up to a level where we were competitive with the world’s best.

“I respected and accepted their decision to replace me for the final weekend of racing and moved on. What I can’t accept are the words that were spoken about my character and departure. I feel very dishonored and disrespected.

“Respect is earned, it’s not freely given,” the post concluded.

Although far from redeeming the Spanish team, at least Jordi Xammar’s words at the skippers’ press conference yesterday paid some tribute to the job Robertson had done for them.

A classy comment from the new Spanish skipper and one that team CEO del Mar de Ros would do well to endorse with a public apology for her previous unnecessary comments.