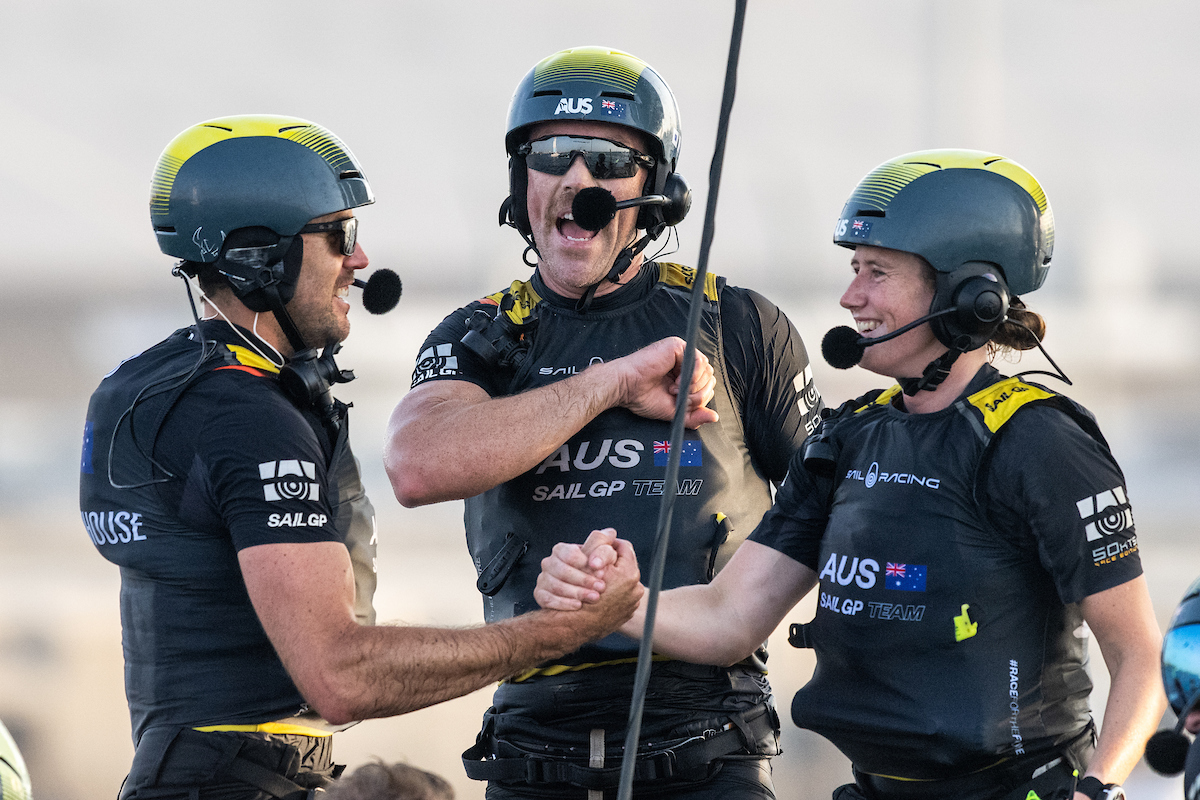 Tom Slingsby’s Australian SailGP crew staged an incredible comeback on the second day of the SailGP Dubai regatta after scraping their way into a close-fought three-way final against France and Great Britain and snatching victory on the very last manoeuvre of the race.

It was a win that nobody – except perhaps for the Aussies themselves – believed was possible after Slingsby & Co. uncharacteristically finished Saturday’s three race day in eighth place in the nine-boat F50 fleet.

After an opening day of often painfully light breezes in Dubai the wind kicked in for day two with the three remaining fleet races and the event grand final taking place in around 11 knots of breeze and super flat water.

There were few clues to any sort of turnaround in Australian fortunes in the opening race of the day when they appeared grateful to have managed to claw their way up to fifth. Even when they turned in a more familiar wire-to-wire victory in the second race of the day the chances of them making the final still seemed remote.

However when their antipodean close rivals New Zealand incurred four penalty points for contact in a start line incident in race five that opened the door to the final a little wider and well-deserved third place in the sixth heat was enough to see the Australians in the final.

Joining them were Ben Ainslie’s British squad who had dominated the qualification series to secure their spot with a race to spare, and Quentin Delapierre’s France who were jubilant after fighting their way into their second final in as many events.