Skip to content
You are here
Home > Olympic Sailing > Andy Rice: How to stamp out mechanical doping in Olympic sailing 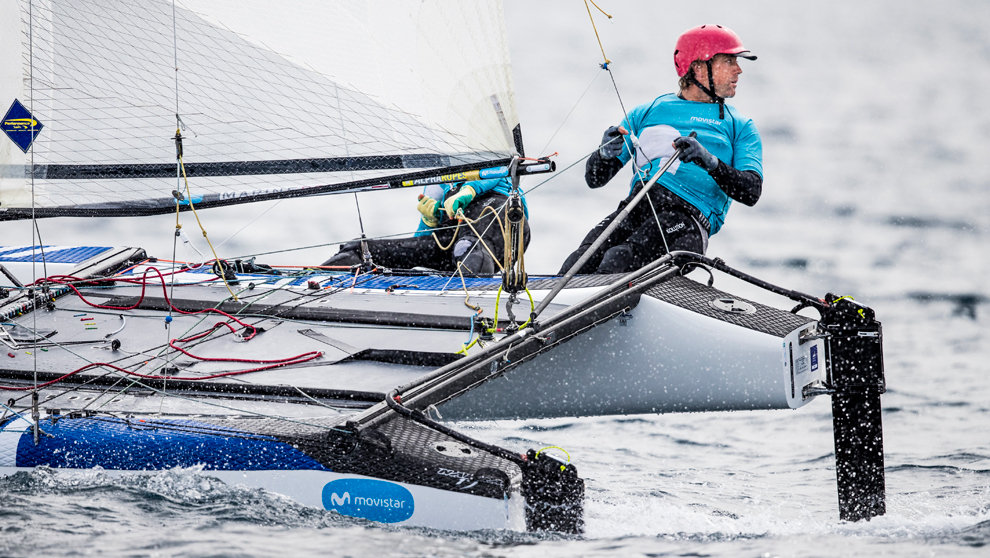 In the first in a series of regular monthly articles about the Olympic sailing scene, British sailing journalist Andy Rice takes a look at the insidious problem of mechanical doping within some of sailing’s Olympic classes.

Instead, I’m going to open another. Which is to question the suitability of single manufacturer one-designs (SMODs) for Olympic competition. Currently there are two types – those that are provided by supplier and issued at random to the competitors. For example, the Laser singlehanders and the RS:X windsurfers. Then there are the BYO (bring your own) SMODs such as the 49er and the Nacra 17.

The supplied SMODs are fine, provided the quality control is there. Asking around the top of the Laser fleet I hear very few complaints about the quality and consistency of the equipment.

It’s hard to think of a time when the medals at a Games were affected by poor gear, with the notable exception of Tom Slingsby at Beijing 2008 when the reigning World Champion could only manage 22nd. Massively off the pace. Apart from that, a pretty clean bill of health for the Laser, and hopefully even better now that those horrible aluminium top sections have been replaced by the black glass/carbon upgrade of recent years.

The key bit of kit that can make or break your speed on an RS:X, I’m told, is the skeg. I’ve heard the story of one Olympic competitor who was sufficiently unhappy with her skeg that she went to measurement to ask for a replacement. She was told she could only get a replacement if the original was broken. At which point, Butter Fingers accidentally let her board slip from her grasp, and the skeg broke on impact. “Oops, it looks like it just broke,” she cooed, biting her bottom lip in faux-embarrassment.

The Laser is currently up against three younger upstarts tilting at winning the singlehanded slot from the boat that has been Olympic since Atlanta 1996. There is also the anti-trust issue thrown at World Sailing by Luca Devoti, whose name is attached to the fastest Finns of the past quarter of a century.

This is an argument that could have been made a long time ago, that it’s anti-competitive to have a single supplier of equipment. But the legal issue is secondary to another much bigger problem with SMODs in the Olympics, and that’s the problem of mechanical doping.

This was brought into sharp focus last year when Iker Martinez’s Nacra 17 catamaran failed the measurement process for the Sailing World Championships in Denmark. A measurement check revealed that the worm drive on Martinez’s Nacra had been altered to provide up to 3.5% of foil incidence compared with the manufacturer-supplied max incidence of 3%. The extra 0.5% would enable the boat to hop on to the foils significantly earlier than a standard Nacra 17, a particularly useful advantage in a predominantly light-wind Worlds in Aarhus.

That incident became very, very messy, with Martinez forced to sit out those World Championships (the first opportunity to quality for the nation for a place at Tokyo 2020) and many believing that the Spanish legend was heading for a ban for at least a few months, if not a couple of years. However, a subsequent investigation into the mechanical doping on Martinez’s boat has revealed that another party had done the work to his Nacra, unbeknown to the sailor himself.

Amazing that a two-time Olympic medallist and four-time Volvo Ocean Race skipper would have illegal work to be done to his boat without his knowledge. But the wider point is that mechanical doping will go on in any technical sport.

Since its introduction, the Nacra 17 has been dogged by controversy. In the previous cycle leading up to Rio 2016, in a feat of almost impossible coincidence, a number of French squad boats had run aground and the damaged daggerboard cases were repaired in such a way that the angle of incidence of the foils had increased. This meant the repaired French boats were generating higher-than-normal levels of lift from their foils. No wonder running aground was so en vogue.

More recently in September last year at the World Cup regatta in Enoshima, Nathan Outteridge threw in a protest against the Italian team who had dominated throughout 2018, Ruggero Tita and Caterina Banti.

A recent entrant to the fleet, Outteridge was surprised that no one else was asking the hard questions. To his reading of the rule, Outteridge believed the Italians had gone beyond what is permitted in terms of sanding and altering the shape of the foils. The protest was dismissed, although Outteridge told me that his aim was not so much to disqualify the Italians as to establish what is, and isn’t, permitted under the class rules.

Whilst foiling is undeniably thrilling to watch and experience, millimetres of difference in foil setup can translate to hundreds of metres on the race course. Whilst event-supplied SMODs have proven capable of delivering fair racing at displacement speeds, the high levels of intricate detail required for high-speed foiling mean that randomly distributed boats could unfairly affect the outcome of racing. You could be given a dog, or a rocket ship.

So the only way to run fair racing at foiling speeds is to administer a tightly controlled measurement rule. “As supplied by the manufacturer” just doesn’t cut it any more. Foiling boats will always result in some kind of expensive, technical arms race.

The problem is that the current arms race is going on behind the scenes, it’s taking place on the ‘black market’. If we’re going to keep foiling in the Olympics, which I think we should, the only way to have a clean race is to run stringent measurement checks. And impose the greatest sanctions when sailors are proven beyond reasonable doubt to have cheated.