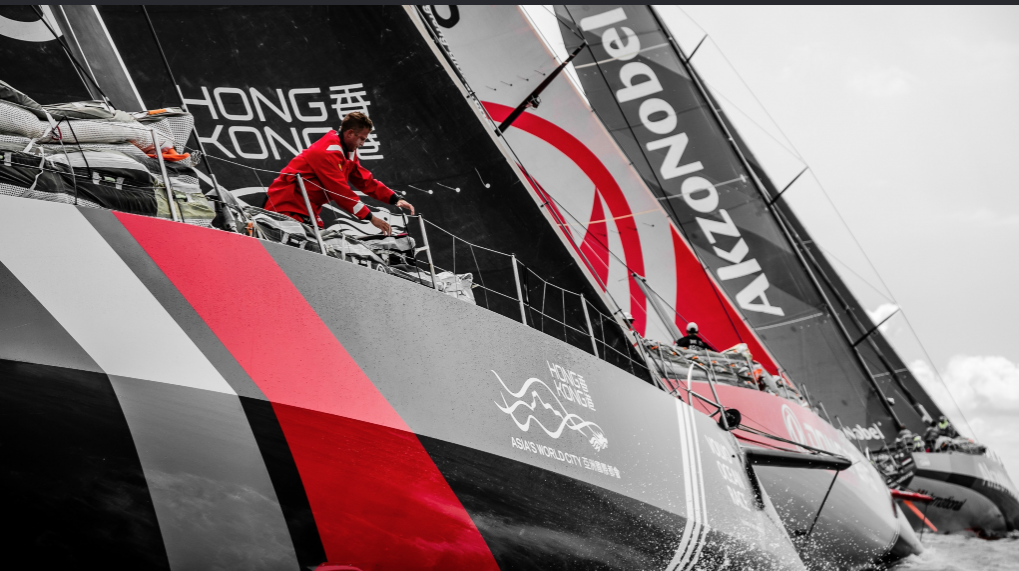 The organisers of the next edition of the round the world yacht race formally known as the Volvo Ocean Race recently released to potential teams a preliminary Notice of Race for the next edition which is scheduled to start at the end of 2021.

Having carefully analysed the document we have put together a breakdown of the most important parts.

The 45-year-old around the world race – which originated as the Whitbread Race around the world race in 1973, before being bought by the Volvo organisation in 2001 – is in a transition phase as ownership passes on from Volvo to the Swedish event management company Atlant Ocean Racing. Consequently, the NOR has been released under a temporary working title of the Fully Crewed Around the World Race 2021-22.

When and where is the race taking place?

The official Assembly Period for the teams will be at a European venue yet to be announced approximately one month before the Race Start. The Assembly Period will include crew safety training, technical and medical training, as well as boat measurement and scrutineering.

The first leg will start from Alicante in Spain – where the race is headquartered – in late Autumn 2021 and finish in at a European port in early Summer 2022.

The course will comprise up to nine legs (down from 11 legs in the Volvo Ocean Race 2016-17), racing eastbound around the world and leaving the Cape of Good Hope and Cape Horn to port.

Like in previous editions a formal tender process is being run to determine which cites the race will stop at on its way around the world. That process is understandably complex and time consuming so we should not expect any announcements in the short term.

However the NOR does state that the race will stop in: South America; Australia/New Zealand; Asia; USA; and Europe – without ruling out the possibility of stops in other continents. The omission of South Africa from the NOR list does raise questions as to whether Cape Town – a stalwart of Whitbread and Volvo Ocean Races over the years – will be included.

Will there be a prologue series like last time?

Yes. The prologue series prior the Volvo Ocean Race 2016-17 included the VOR fleet taking part in the Fastnet Race before racing to St. Malo and on to Lisbon.

Details are scarce but ahead of the 2021 race the teams will be required to take part in a similar four-week prologue event in late August/early September 2021, starting in Europe and visiting several cities and finishing at the Assembly Period port.

Will there be in-port race series?

What boats will be used?

There will be two separate classes racing in the 2021 edition of the race: a new high-performance, IMOCA 60 design incorporating foils; and the one-design VO65 boats used in the Volvo Ocean Race 2014-14 and 2017-18 editions.

It is important to understand that only the IMOCA 60 class will be competing for the main trophy, with the VO65 fleet being designated as a youth class where teams will compete for a new Youth Challenge Trophy.

Teams will be allowed to enter crews in both classes.

What do we know about the new IMOCA 60 class?

Quite a lot – although the new fully-crewed IMOCA 60 rule to which the boats will be designed and built is still under development based on the current IMOCA 60 singlehanded rule.

IMOCA 60 boats are required to have:

Singlehanded IMOCA 60s are often fitted with sophisticated auto helm systems to allow participation in long open ocean passages. In the Vendee Globe non-stop around the world race the auto helm steers the boat up to 95 per cent of the time.

However these devices will not be allowed under the new fully-crewed IMOCA 60 rule and yeams will be limited to an auto helm designated by the race organisers which is limited to heading only, without wind input. We interpret this to mean that the crews would use it only sporadically – perhaps during a sail change where all the crew would be needed to carry it out.

By the Assembly Period each team must nominate four foils to be used in the race. These foils may be repaired on during the race but only to return them to their original specification. The organisers may require foils to be fitted with identification chips to prevent cheating.

Presumably in an effort to avoid escalating costs, the race organisers plan to limit the number of foils that a team can test, however this limitation together with the IMOCA 60 Class Rules and Appendix for Fully Crewed Racing is yet to be made available.

Again, to try to avoid escalating costs, the race organisers plan to limit the number of sails that a team can test, however this limitation together with the IMOCA 60 Class Rules and Appendix for Fully Crewed Racing is yet to be made available.

What’s the story with the VO65 youth class?

A fleet of eight VO65s have been built since the class’ introduction for the Volvo Ocean Race 204-15 edition when six boats took part. A new boat was built for AkzoNobel in the 207-18 edition.

Although unconfirmed yet we understand that a team could “rent” a VO65 for the 2021 race for a fee of less than one million Euro.

As in previous editions the VO65 fleet will be strictly one-design with identical boats, sails, and all other equipment.

VO65 teams will race with a crew of ten sailors based on the following criteria:

– At least three of the sailors must be female

An individual sailor may satisfy more than one of these criteria.

The under-30 sailors must have a valid RYA/MCA Yachtmaster Coastal qualification or an equivalent nationally
recognised qualification.

By the end of the Assembly Period each VO65 crew must nominate a maximum of one complete suit of sails, plus up to four additional sails. Only one mainsail shall be nominated. Only these nominated sails and sail bags shall be carried, hoisted or used on the boat.
Each boat must carry a maximum of one sail of each code on each ocean leg and in-port race.

Prior to the prologue event VO65 Teams have to complete a separate non-stop passage of at least 1,500 nautical miles.

Will there be on board reporters in both classes?

However, whereas in the last race the on-board reporters were employed and managed by the race organisers, this time the teams will take on that responsibility.

The on-board reporters are required to have “suitable media experience” and have be approved by the race organisers who will provide them with four weeks of specialist media training.

The NOR specifically singles out professional sailors and/or performance specialists as individuals unlikely to be approved.

Are there any limitations on two boat testing?

Additionally, the NOR seems to prohibit teams from building a test boat and a race boat. The document states: “Teams that have control over two IMOCA 60 Boats launched after 1st November 2019 shall enter both boats in the race”.

Both classes will race on a high points basis rather than on elapsed time with the winner of each class being the one with the most points at the end of the race.

A separate trophy will be awarded for the boat with the shortest overall elapsed time at the end of the race.

When will the Sailing Instructions be released?

Not until the second quarter of 2020.

2 thoughts on “Analysis of ‘Volvo Ocean Race’ NOR”