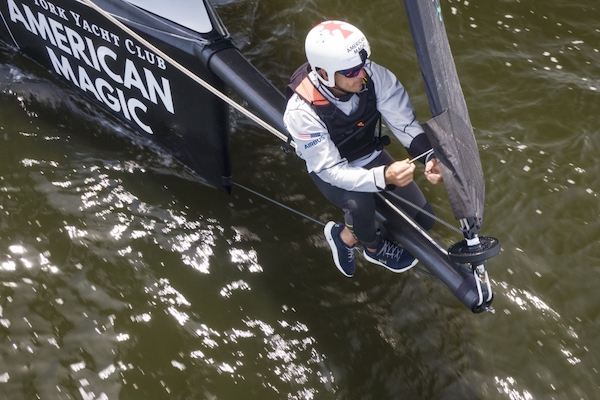 Home of America’s Cup matches from 1930 to 1983, Newport, Rhode Island holds a special place in the Cup’s past. Through New York Yacht Club American Magic and team members Nick Dana, Dan Morris and others, Newport is again part of the present and future of the Cup.

Tangible reminders of Cup racing are plentiful around town. From Newport’s “America’s Cup Avenue” to paintings and photos on tavern walls and to several Cup-winning yachts still actively sailed on Narragansett Bay, the echoes left by the oldest trophy in sport remain loud.

Sail Newport is another example of Newport’s America’s Cup legacy. Rhode Island’s public sailing centre was founded to bring international sailing events back to Rhode Island after the loss of the Cup. 37 years later, Sail Newport empowers thousands of New Englanders and Newport visitors to go sailing with world-class regattas, affordable instruction and opportunities that attract new sailors to the sport.