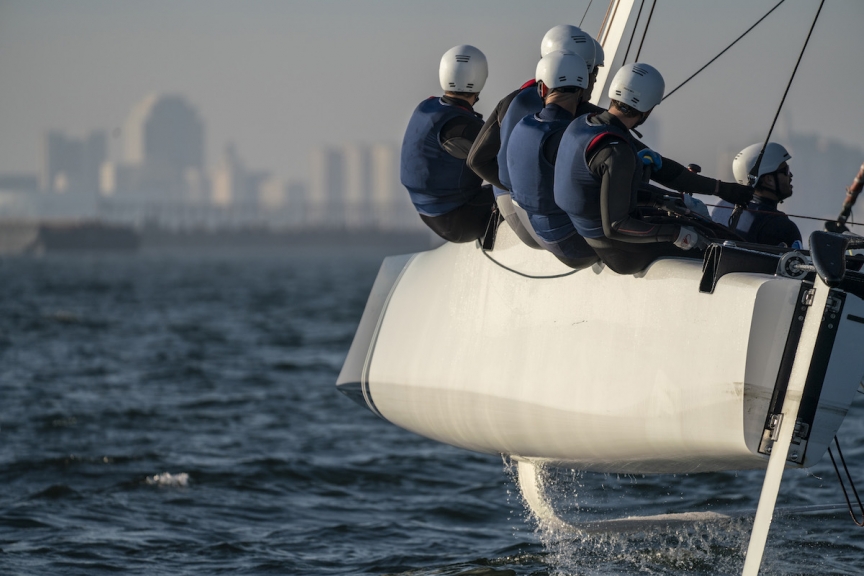 Despite rumours to the contrary in recent weeks, it seems the dream of an all-American America’s Cup challenge is still very much alive – according at least to an interview with Mike Buckley, founder and new CEO of the Stars + Stripes Team USA syndicate, on the Sailing World website.

According to what Buckley says in the interview the team is very much alive and putting maximum effort into fundraising. They plan to announce a new advisory board over the coming weeks, and are hoping to get back to “100-per cent build capacity” on their AC75 boat by the end of this month.

Full-disclosure is that we have been trying to get Mike or his campaign partner Taylor Canfield on the record for a few weeks now. We haven’t had much success but we also understand that when you are searching for millions of dollars to keep your campaign rolling time is a very precious commodity.

We wish it had been us, but kudos to Dave Reed at Sailing World for getting Mike on the phone in New York, and we encourage you to read Dave’s excellent article here.