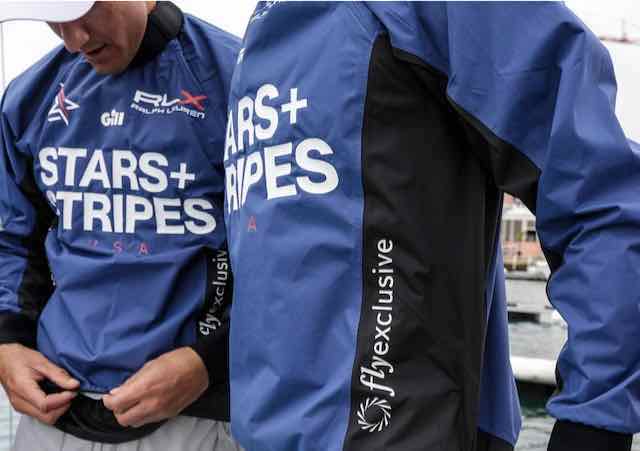 It’s finally official – the Stars and Stripes Team USA challenge for the 36th America’s Cup has been withdrawn by the Long Beach Yacht Club.

A posting on the America’s Cup official Noticeboard yesterday confirmed the news that the US yacht club behind Taylor Canfield and Mike Buckley’s cash-strapped campaign has formally notified the America’s Cup holder the Royal New Zealand Yacht Club that it was withdrawing its challenge.

The notice – issued jointly by Challenger of Record 36 organisation and the Defender (COR/D) – also confirmed that the RNYC had accepted the withdrawal with immediate effect.

Although the Stars + Stripes campaign had initially garnered plenty of interest and enough funding to commission the building of an AC75 based on designs supplied by the Defender Emirates team New Zealand, things started to go wrong when a major backer withdrew his support.

Despite being forced to put the boat’s construction on indefinite hold at the end of 2019 Canfield and Buckley have steadfastly refused to pull the plug on the campaign, opting to remain largely silent throughout 2020 as the other four teams launched their first and then second generation AC75s.

When, in August this year, a last ditch (or so it seemed) effort to be allowed to borrow the Defender’s first AC75 was summarily squashed by the event’s arbitration panel, it seemed inevitable that an official withdrawal would soon follow. 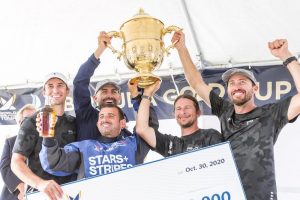 But while the Defender and three genuine Challengers all moved their operations to Auckland, New Zealand and began to work their ultra-high performance flying monohulls up to speed, back in the northern hemisphere, the Stars + Stripes duo were solely focused on winning the Match Racing World Championship in Bermuda.

Unfortunately for all concerned, with no official word from the Stars + Stripes camp on the Long Beach Yacht Club’s withdrawal from the 36th America’s Cup, nothing but a huge question mark now hangs over the future of this once-promising syndicate.