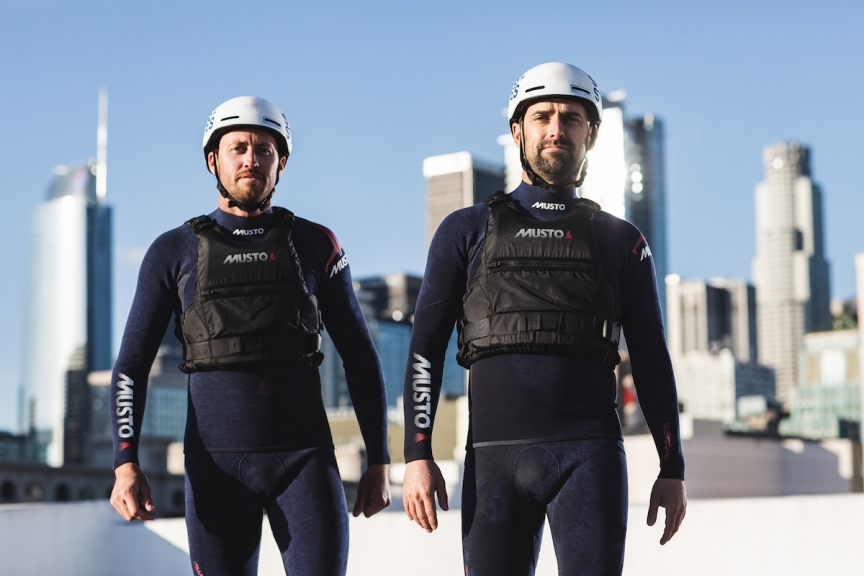 Stars + Stripes Team USA – the California-based challenger for the America’s Cup, led by Taylor Canfield and Mike Buckley – have issued a statement quashing rumours rumbling around the New Zealand mainstream media that the team was about to withdraw its challenge for the 2021 Cup.

“Stars + Stripes USA, has not withdrawn from the America’s Cup and has no plans to do so”.

However later in the release there is mention of structural changes within the campaign with Mike Buckley assuming the role of CEO – a position which had previously been held by American entrepreneur Justin Schaffer.

The statement goes on to reinforce the message that the team is very much still a challenger for the 36th America’s Cup:

“LBYC leadership along with Stars + Stripes team leaders Mike Buckley and Taylor Canfield have doubled down on their All-American challenge and will continue to push to the end.

“In addition, the team has recruited additional top-flight America’s Cup management, marketing and fundraising talent, including some from Dennis Conner’s victorious Stars & Stripes 87 team, to join the team and its Advisory Board.”

Although no mention is made of it the construction of the Star + Stripes AC75 foiling monohull is believed to still be going ahead.

Across the Atlantic in Europe the situation facing the other two late America’s Cup challengers Malta Altus Challenge and DutchSail – looks less than rosy with both teams rumoured to be starved of funds.

A recent press release from the Netherlands syndicate DutchSail led by two-time America’s Cup winner Simeon Tienpont ominously declared April “the month of truth” after launching a crowdfunding campaign aimed at raising several million Euros to allow it to continue.

“As the moment of truth is at hand, currents have gained momentum in the past days,” the release continued.

Whether those currents are flowing with or against Tienpont’s teams wasn’t clear, but a quote from the Dutch skipper seemed to indicate that a major cash injection was needed to be able to hire the right people and begin construction on a boat.

“We have to get down to work with the boat and the team,” Tienpont said. “We cannot delay any longer. We need to take the water.”

Meanwhile, out in the Mediterranean the silence emanating from the tiny island of Malta is deafening. Virtually nothing has been heard from the Malta Altus Challenge since news leaked out that much needed government funding had not been forthcoming.

So just how many of the late-entry teams will make it to the start line of the first America’s Cup World Series Event in Cagliari, Italy – now rescheduled from this October to sometime early next year – remains uncertain.

When it comes to the impact on the other competing teams of one or more of the late challengers dropping out it is unlikely that American Magic or the Brits in INEOS Team UK will cry too many tears. Fewer teams competing means less obstacles between them and selection to face off against Emirates Team New Zealand for the 36th America’s Cup.

For the official Challenger of Record Luna Rossa who are responsible for organising the America’s Cup World Series and the Prada Challenger Series losing teams is bad for business and an undesirable outcome.

However the biggest loser from any withdrawals would likely be the Kiwi defenders who would not only lose out on the economic impact of all the teams competing in New Zealand, but also on the sale to the latecomers of their design package – rumoured to cost up to five million Dollars per team.