Skip to content
You are here
Home > America's Cup > America’s Cup: Spithill says huge changes between boats one and two 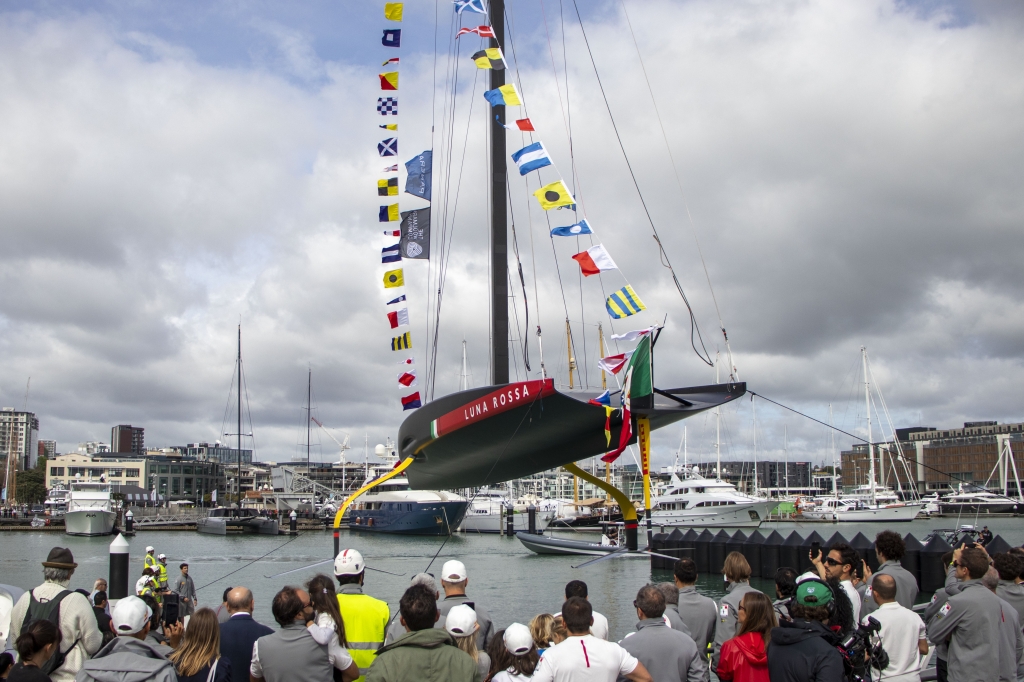 Double America’s Cup winner Jimmy Spithill – who is racing as a helmsman for the Italian Luna Rossa Prada Pirelli Team at the 36th Americas Cup – says people shouldn’t be fooled by how similar the Italian syndicate’s second AC75 looks to the first one.

“There’s huge differences between boat one and boat two,” Spithill said. “I think it’s been a lot of refinement. The boats are obviously the same colour, similar graphics – and I think some people will say that looks similar to boat one.

Spithill was speaking at the launch of the second Luna Rossa AC75 in Auckland, New Zealand – a city he said held a special significance for both him and the Luna Rossa team.

Spithill’s America’s Cup adventure began in Auckland in 2000 when at the age of 20 he took the wheel of the Young America team to become the youngest ever America’s Cup helmsman.

Likewise, 2000 saw the formation of Patrizio Bertelli’s Luna Rossa to challenge for the 30th America’s Cup, with the team winning the Louis Vuitton Cup challenger knockout series to earn the right to take on the holder Team New Zealand in the final match.

“It feels cool to be here in Auckland,” Spithill said. “I think for two reasons: one is it’s where it started for me – my America’s Cup career and that whole experience – and two it is also a fact for Team Luna Rossa because that’s where their team was born. So it’s kind of cool that we are both down here full circle and back into New Zealand, Auckland.

Spithill said the launch was a huge milestone for the team and heaped praise on the hard work the team’s boatbuilders had put in to prepare the second AC75 on time.

“There have been some people in these work sheds here that have been non-stop for a long, long time, and have made huge sacrifices in their lives to give us sailors the opportunity now to go out on the water and test this amazing boat.

“Now the work really begins – we need to get as much speed out of this beautiful boat all the way up: every race, learn as much as we can, and do what we can.”