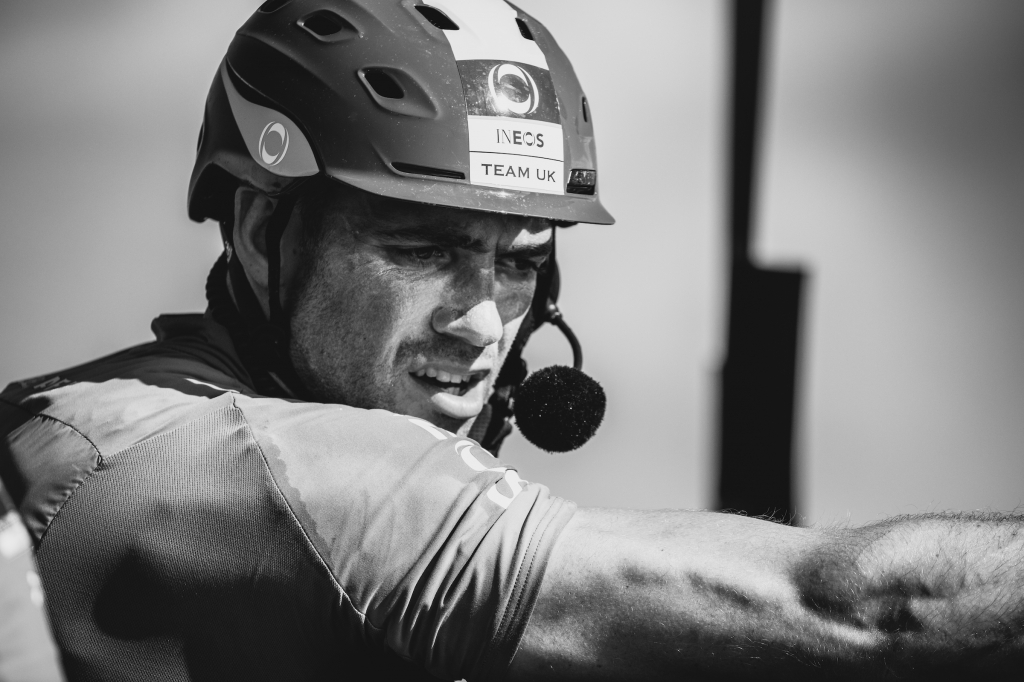 After representing Great Britain at the Olympics, it has always been a point of pride for Gotrel to continue to represent his home country. Reflecting on re-joining the team, Gotrel stated:

“It’s a huge honour and a thrilling challenge to be part of INEOS Britannia’s America’s Cup campaign again. Our goal is clear, to make history and be a part of the first British team to win the Auld Mug.”

Matt Gotrel has had a rich sporting background. From a young age he was a member of the British Youth Sailing Team competing in the 49er and 29er class. At that time the British Sailing Team had just topped the medals table at the Beijing Olympics and were going from strength to strength and so, with competition for the one Olympic spot at an all-time high, Matt decided to take some time out to study engineering at Loughborough University.

It was during his first year at university that Matt began rowing and started a remarkable journey from novice to Olympic champion, ending his university days by winning the illustrious Henley Royal Regatta and joining the British Olympic Rowing team. From team spare in his first year, he went on to win two successive World Championship gold medals as part of the British Men’s Eight, in 2014 and 2015 before realising his dream of Olympic gold in Rio 2016.

Matt’s depth of experience and success in both rowing and sailing will be key in powering the racing AC75 boat. With the announcement of the return of optional ‘cyclors’ onboard for the 37th America’s Cup, Gotrel has recently been adding a significant amount of cycling training to his regime. That transition from upper body dominant grinding to lower body dominant cycling to power the boat requires a change in training and physique to create the same, if not more, power. Speaking about preparing for this possibility, Gotrel added:

“I will be doing everything I can to ensure that I am in my best physical shape. Ultimately it is my job to put in as much power into the boat as possible to make the job easier for the helm and afterguard to fly the boat.”

As the venue for the AC37 is yet to be announced, the sailing squad are continuing to train, both on and off the water, and Matt also competes in the global sailing circuit, SailGP, as grinder for the Great Britain SailGP Team.

“It is quite rare to find someone of Matt’s high level of talent across multiple sports, as an Olympic gold medallist rower, highly skilled sailor and potentially now a cyclor. We are very fortunate to have him be a part of our America’s Cup Team. He brings that level of commitment you need to win an Olympic gold medal and sets an example for everyone both on and off the water.”