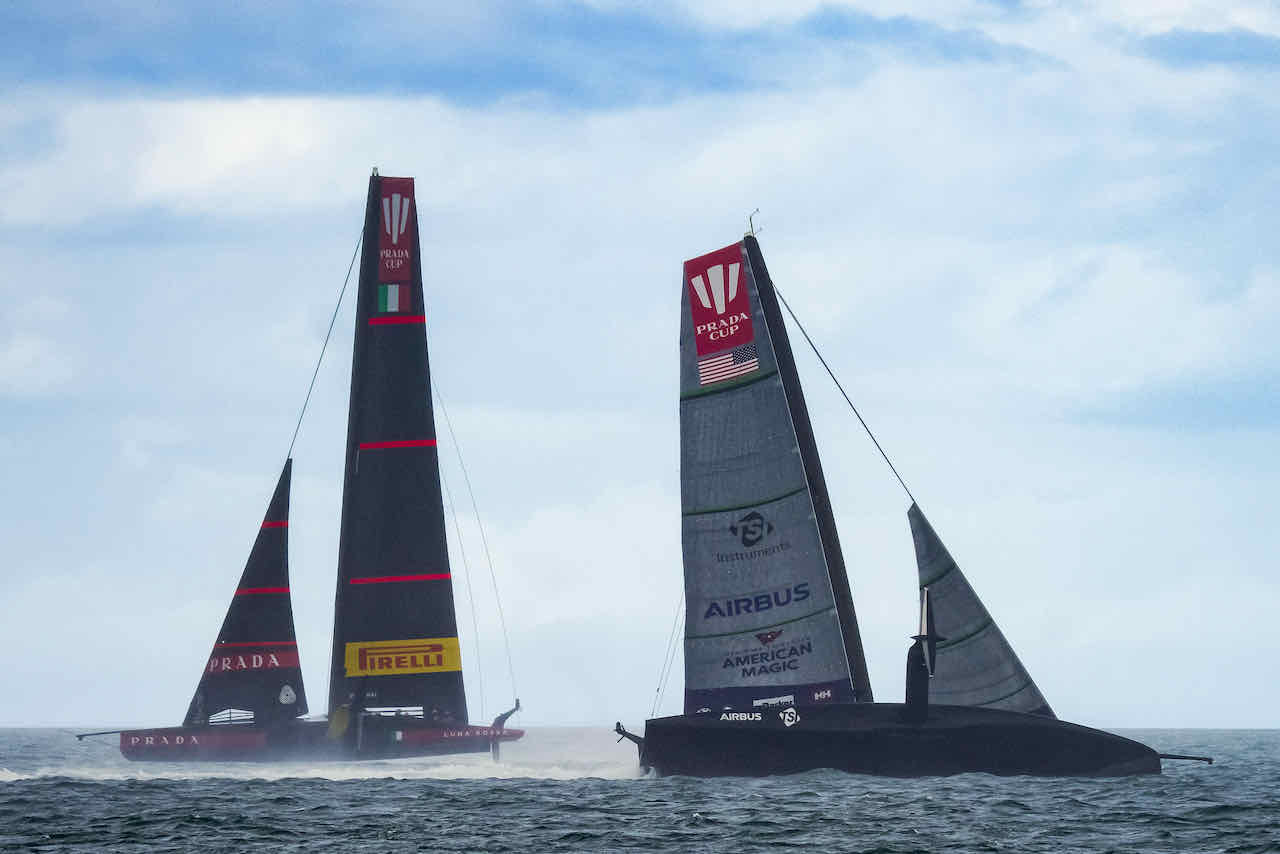 PlanetSail’s Matt Sheahan takes a considered look back over an action packed three days of racing during the first weekend of the Prada Cup round robin stage.

Round Robin 1 and 2 of the Prada Cup delivered an explosive start on the road to the America’s Cup. At the end of the opening stages, one team was up, another one down, and one other in the middle.

All three were doubtless left wondering what had happened to the form guide that had been established just before Christmas, as well as considering what the temporary loss of a team meant for the racing going forwards.

But for American Magic, the immediate task is now to rebuild their boat and get back on the water – a massive task. American Magic’s skipper Terry Hutchinson explains what happened and what’s next for the team, Ainslie and Bruni give their views on the kind of crash that they all fear and Matt Sheahan looks back at a heart stopping three days.